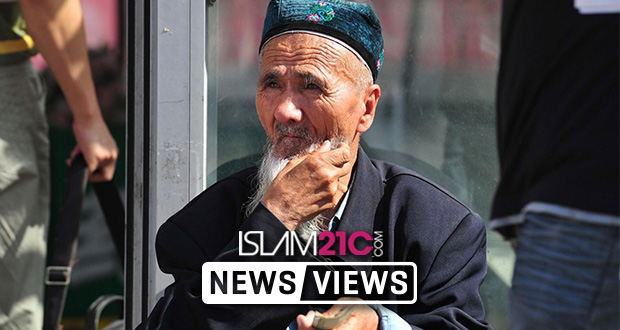 US Diplomat Laura Stone said last week that the crackdown and curtailment of rights of the Uyghur and other Muslim minorities in China is worsening, amidst reports that several thousand people are being held in so-called re-education centres.[1] She acknowledged that the lack of public information made it hard to assess the scale of the clampdown, but put it as “at the very least in the tens of thousands”.

Although the Chinese Foreign Ministry were quick to dismiss her comments, only a few weeks earlier the US Congressional-Executive Commission on China published a letter urging the US Ambassador to urgently address the issue of “mass surveillance and detention” in the region.

The letter spoke of the treatment of Uyghurs, who have been “subjected to arbitrary arrest, egregious restrictions on religious practice and culture, and a digitized surveillance system so pervasive that every aspect of daily life is monitored”.

“There are credible media reports that as many as 500,000 to a million people are or have been detained in what are being called ‘political education centres’, the largest mass incarceration of a minority population in the world today.”[2]

Earlier this month, the Open Technology Fund reported that Muslims in the region were being forced to install a surveillance application on their phones to enable the state to track their movements and access their personal data. Voice samples were said to have been collected too, in order to identify voices on phone calls.[3] Omer Kanat of the World Uyghur Congress was quoted saying:

“This reminds everyone that they are constantly being monitored, and this ‘automated repression’ is truly something unprecedented, and again shows how Orwellian life has become for Uyghurs.” [4]

The policy is reportedly being enforced by way of police spot checks.

The reports are the latest in what has been seen as a long-standing, yet failing, attempt to eradicate Islamic belief and practice in Xinjiang, home to one of the largest Muslim ethnic groups in China. Recent years have seen fasting in Ramadān banned,[5] along with “overly” Islamic names,[6] Qur’āns, and even prayer mats.[7] Growing a beard or adopting hijāb in the region could result in severe restrictions and even imprisonment.[8]

Two years ago, millions of Xinjiang residents were made to surrender their passports and seek permission to travel abroad. The latest travel policy has seen Uyghur Hajj applicants having to first pledge allegiance to the leadership as part of their application; a measure exclusively in place for the Uyghur.[9]

This is just one example of the ideology and language of surveillance and securitisation that has been attached to Muslims as a result of the failed War on Terror, used the world over to clamp down on minorities in various ways under the banner of ‘national security’ and ‘preventing extremism’.