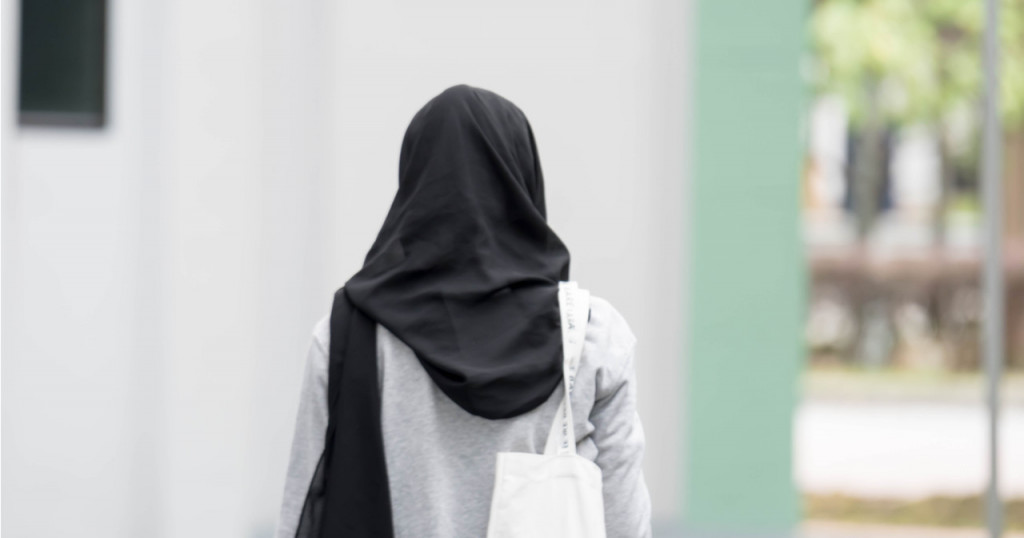 A group of Muslim girls were forced to sit outside their class for weeks after being barred from attending their lessons in Bengaluru, India. The penalty has been issued simply because the girls wear the hijab.[1]

Referring to the initial incident, which occurred in late December 2020, an 18-year-old student called Almas described the events when she arrived at the government college in Udupi district: “When we arrived at the door of the classroom, the teacher said we cannot enter with the hijab.” Indeed, she adds, the teacher told them to “get out”.[2]

Since then, the small group of female Muslim students have had no choice but to sit outside their classroom, since the college alleges that they are in breach of the school dress code by wearing the hijab.

The young Muslim students contend that the hijab is a part of their Islamic faith, and consequently is protected by the constitution. However, the school is reported to have applied significant pressure on the young women, including marking them as absent since 31 December 2020. This is despite the fact that the girls have attended the college daily since the turn of the year. Such a fact is significant, not least because attendance can be a requirement before being permitted to sit examinations for entry into higher education.[3]

One such alleged coercive tactic employed by the college was to force the girls to confirm – by way of writing – that they preferred to remain at home and intentionally miss their classes rather than attend college. A member of the Muslim student group, Muskan Zainab, commented: “We tried to refuse but the principal and the teachers threatened us that they would ruin our careers.”

In the face of the alleged intimidatory tactics applied by the government college, another member of the group – a Muslim student called Aliya Assadi – defiantly responded: “We are not going to budge, no way.” Referencing a photo which has since gone viral of the girls being compelled to sit outside their class whilst wearing their hijab and school uniform, Assadi commented: “It is because of this photo that our issue got highlighted in the media.”

Whilst the college claims that this stand-off with female Muslim students is an isolated event, a member of the college alumni disagrees. Athiya, who is now at university, said: “Once a teacher made a hijaab-wearing student sit on the floor in the middle of the class and stripped her hijaab off. We faced a lot of humiliation for choosing to wear the hijaab. But at the time they did permit us inside the classroom.”[4]

A number of Indian Muslim organisations are supporting the female Muslim students, including a local lawyers association. In a letter, the latter organisation addressed the college by saying: “The denial of education to young Muslim students and forcing them to choose between getting an education and their faith is a human rights issue and must be treated as such.”

Karnataka state is governed by Prime Minister Narendra Modi’s Bharatiya Janata Party (BJP). A local BJP legislator informed the parents of the students that the college would continue with its uniform code, irrespective of the religious needs of the students.

Yashpal Suvarna, College Development Committee vice president said: “The college has its own rules, regulations and disciplinary procedures. The uniform was introduced to offer an egalitarian approach to education, as there are many poor women studying in the college.” He also added: “They can attend classes if they are willing to follow the rules of the college. If they are not willing to follow the rules, they can find some other college to get an education.”[5]

However, without a hint of irony Hindu students who wore saffron scarves in another nearby college are calling for the hijab ban to be enforced.[6]

Many commentators see this college scandal as reflective of the wider tensions found between the majority Hindu nationalist government and its supporters and the minority Muslim community. Set against the backdrop of speeches calling for a Muslim genocide[7] and the BJP’s general anti-Muslim attitude, many are fearful for the safety of the Muslim community in India.

Whilst many in the global media have promptly and sometimes rightly criticised Muslim-led governments for discriminating against women or girls, the near silence on the morally indefensible differential treatment being meted out by a fanatical religious Hindu supremacist government and its subsidiaries against a marginalised member of a minority community is breath-taking.

Whilst post-Brexit Britain seeks closer trade ties with India, it must do so whilst holding it to account for its failure to abide by international standards, which assert the universal right to an education, gender equality, and religious freedom. If it fails to do so, its claims to be a force of good in the world by liberating women and championing equality will ring hollow. Time is of the essence.

Share. Facebook Twitter LinkedIn Email Telegram WhatsApp
Previous ArticleVictory for Activists as London Chinese Embassy Fear Protesters #Stand4Uyghurs
Next Article Why We Started One of the Biggest Competitions for Muslim Creatives & Storytellers Ever