The longest-serving Israeli leader in history is hoping to return to the office of Prime Minister and further extend his reign; the state is set for its fifth national election in four years when polls open next Tuesday
News 28/10/2022No Comments5 Mins ReadBy Shaheer Choudhury 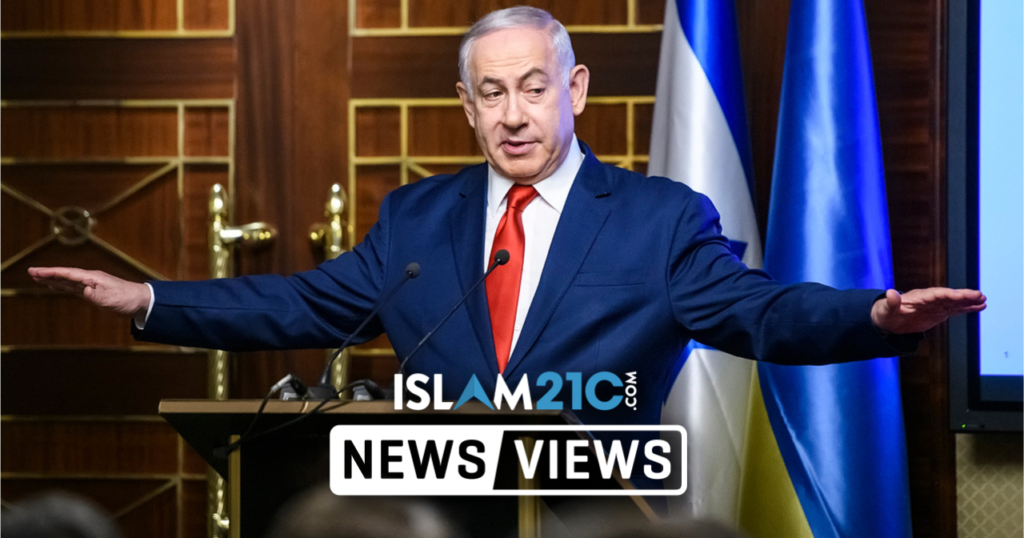 Benjamin Netanyahu has always been a controversial figure in the minds of the Israeli electorate. And since 2016, he has been under multiple investigations for corruption charges involving submarines, warships, a prominent Israeli newspaper, not to mention the receipt of expensive champagne, cigars, and jewellery. The former Prime Minister of the Zionist state is dodging bullets, left, right, and centre – perhaps his military experience has helped him thus far. However, for whatever audacious reason(s), he still believes he has what it takes to regain control of the state’s government. [1] [2]

Despite facing numerous charges that include breach of trust, deceit, fraud, and the acceptance of bribes, “Bibi” is determined to roar back to government after 18 months in opposition. But with incumbent leader Yair Lapid expecting a tight race on Tuesday, it is, as ever, difficult to predict which way voters may swing.

As caretaker Prime Minister since Naftali Bennett resigned in June, Yair Lapid has been marketing his brand of politics as one that is about decency and national unity. Netanyahu, on the other hand, has been crying wolf over the legal system in which he finds himself ensnared. He has promised to usher in reforms to deal with what he perceives to be a biased and flawed system. However, some rightly argue that his leadership bid is purely being acted out in order to evade the justice system under which he is being investigated – a “get out of jail free” card of sorts.

The Israeli political system is in more pieces than a broken mirror. With such a fragmented situation, neither Netanyahu nor Lapid will be expecting outright majorities. The Knesset is made up of 120 seats, and at present, it does not seem likely that any of the contenders will be able to chalk up 61 seats without relying heavily on coalition partners.

According to The Times of Israel, Lapid’s Yesh Atid has a number of potential problems as partners including Labor, Meretz, Hadash-Ta’al, and Ra’am are facing swing votes. 18 seats are at risk, and as a result, Lapid will be very concerned about the smallest of drops in turnout, as this could be devastating for his leadership bid. [3]

At the same time, Netanyahu is looking to be in a stronger position with even the coalition party United Torah Judaism – despite polling lower than any others – remaining a safe 7 seats. Netanyahu could enter into a coalition government with other right-wing parties including his own, Likud. [3]

The trial of Netanyahu

Netanyahu first came into power in 1996, and remained as Prime Minister until 1999. After a period in opposition, he subsequently won four more terms between 2009 and 2021.

Once referred to as “Mr. Security”, Netanyahu’s previously bulletproof hold over Israeli politics has reduced in recent years. and he has also been caught up in numerous criminal proceedings.

In a court case referred to as Case 1000, fraud and breach of trust are alleged against the former leader, and relates to gifts received from the billionaire Australian James Packer, and Hollywood producer Arnon Milchan. [4]

Moreover, in another similarly named case, Netanyahu is charged with supposedly arranging a quid pro quo agreement with the Yediot Aharanot newspaper’s publisher. The former leader is under indictment for allegedly agreeing to consider a bill that would have made it harder for rival paper, Israel Hayom, to increase its readership and influence. [4]

The above are not the only criminal cases facing Netanyahu from his time in office to post-office life. For instance, Case 3000 (do you see a pattern in the names?) is a lawsuit that not only concerns Netanyahu, but also his wife, Sara. The couple have been accused of accepting political and other favours from telecommunications magnate, Shaul Elovitch, in exchange for Netanyahu giving a free pass for Elovitch to expand his business interests. [4]

Will Israeli-Arab parties back Lapid?

The joint list of Hadash-Ta’al as well as Lapid have said that they will not enter into a coalition government. However, there is one exception to this: preventing Netanyahu from gaining power. With Hadash-Ta’al comprising the largest Arab-majority list, Lapid will be pushing for their backing.

The challenge for Lapid is to find a middle ground, wherein he appeals to the centre of the political spectrum while also picking up left-leaning voters and parties. If he is able to rely on the support of Arab parties, he has a shot at winning the election. Otherwise, he will find that he falls considerably short of the 61 Knesset seats required to form a government.

There has been rising violence against Palestinians as Israeli voters prepare to go to the ballot box.

Five Palestinians were killed and a further 21 wounded in Nablus when Israeli forces stormed the occupied West Bank city on the morning of Tuesday. A further two Palestinians were reported killed by Israeli troops earlier today. [5] [6]

As usual, Israeli sources have sought to characterise the killings as targeted attacks on ‘militants’. However, in a statement, the Palestinian Foreign Ministry said it “condemned the execution” of the two men and described it as “organised and racist state terrorism.” [6]

Whichever political party enters into the next government, Palestinians can likely expect little to no movement on the peace process. A Guardian opinion piece by the former US Department of Justice employee and New York attorney, Lloyd Green, described the situation in the following words,

“The peace process between Israel and the Palestinians is devoid of a pulse, and no one within the Israeli mainstream is clamouring for its resuscitation.” [7]