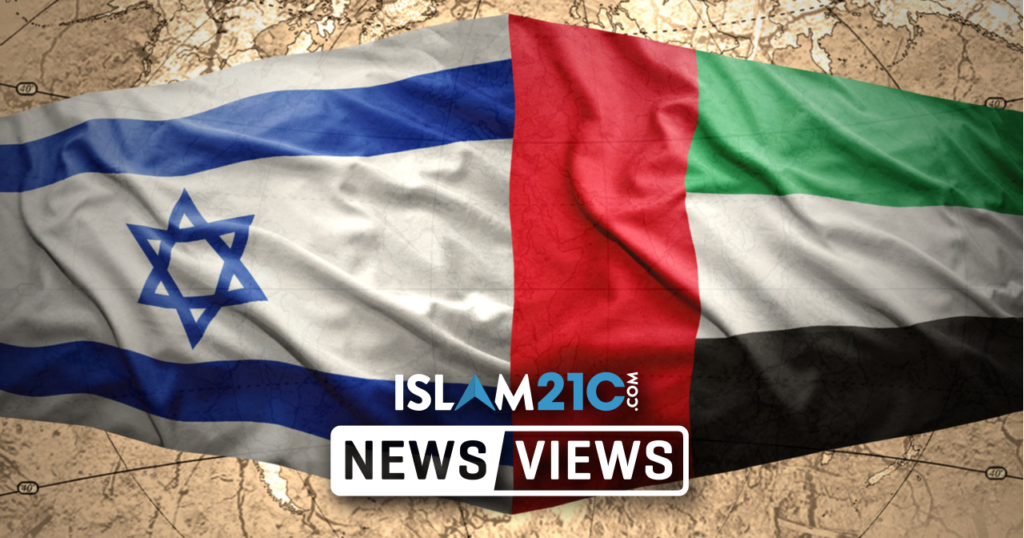 ‘Israel’s’ participation in the global trade fair is the most recent example of its growing ties with the Gulf emirate, despite an absence of diplomatic ties.

‘Israel’ will attend and take part in the Dubai Expo 2020 after having accepted an invitation from the UAE.

‘Israeli’ prime minister, Benjamin Netanyahu, welcomed the invitation and used it as an example of the budding relations between the two states, as well as within the Gulf region as a whole.

“I welcome Israel’s participation in the Dubai expo,” a statement from Netanyahu’s office read, [1] saying that it showed “Israel’s rising status in the world and in the region”. [2]

Israeli foreign ministry had also confirmed the invitation by saying:

“Expos are global gatherings where people from around the world come together to celebrate ingenuity and apply it to shared challenges. We are excited to be a part of that common endeavour”. [3]

The government of Dubai has confirmed that 192 countries will participate in the Expo 2020 event, with the organisation calling it “the most inclusive and international Expo ever organised”. [3] The organisers have also tweeted:

“For more than 170 years, World Expos have been apolitical events focused on furthering humanity for the common good through innovation, cultural exchange, creativity and collaboration. We are proud to continue that tradition.” (3/3)

According to government sources, Dubai spent over $40 billion on major projects related to the global trade fair. This includes infrastructure projects, such as the $2.9 billion metro line and an expansion to a newly built airport serving the area where the Expo will be held. [1]

The UAE and ‘Israel’ have not established diplomatic relations. However, it is no secret that there are some levels of cooperation going on between the two countries, as well as other Gulf nations such as Saudi Arabia and Oman. Officially, the only Arab countries to have diplomatic ties with ‘Israel’ are Egypt and Jordan.

In February 2019, ‘Israeli’ prime minister, Benjamin Netanyahu, met and held private meetings with the foreign ministers of Saudi Arabia, the UAE, and two other Gulf nations, and in October 2018, Netanyahu had travelled to Oman and held talks with Sultan Qaboos. In that same month, the ‘Israeli’ Minister of Culture and Sports, Miri Regev, had visited Abu Dhabi and ‘Israeli’ athletes competed in an athletic event in Qatar.

These are not the only instances of cooperation between ‘Israel’ and the Gulf nation. Last month, ‘Israel’ and the UAE took part in aerial exercises in Greece alongside the US and Italy, where videos showed Emirati and ‘Israeli’ pilots cooperating with each other. Furthermore, the year prior to that, Emirati and ‘Israeli’ air forces had participated in the same annual event and in August 2016, the two countries had taken part in the Red Flag exercises hosted by the US air force in the Nevada desert.

Analysts say that the warming relations between the Gulf region and ‘Israel’ are in response to Iran’s growing presence in the Middle East, specifically in Iraq and Syria. Both Saudi Arabia and ‘Israel’ are considered archenemies of Iran and have, thus, this common enemy has given them a reason to cooperate.