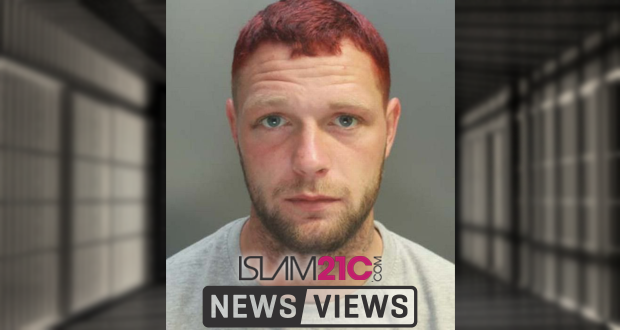 Keegan Jakovlevs has been sentenced to a year in jail after calling for a reckless genocide of Muslims on Facebook. The 22-year-old admitted posting the message with the intention to stir up religion hatred.

Jakovlevs posted the message publicly and it was accessible to at least over 2,000 of his ‘friends’ with the potential of reaching others. The post which included the words – “let’s kill every Muslim we see” – was later removed by Facebook, but, some 140 responses are said to have been recorded in the meantime.

The sentencing took place at the Mold Crown Court on Thursday. Judge Niclas Parry told the accused that; racism was evil and that anyone who incited racially aggravated violence must expect severe punishment.

The accused had claimed to have been under the influence of drink and cocaine when he posted such impudent remark in the aftermath of the Manchester Arena bombing that took place on the 22nd of May this year.

“After the Manchester attack there were countless messages of support on social media for those affected, but Keegan Jakovlevs chose to stir up religious hatred by calling for British Muslims to be indiscriminately killed” said Sue Hemming, Head of the Special Crime and Counter Terrorism Division of the Crown Prosecution Service [1]

She added that; “No harmful consequences appear to have resulted, but his intention was clear, and he pleaded guilty once he saw the CPS’s [Crown Prosecution Service] case against him”, yet statistically, Islamophobic crimes are said to have surged by 500% after the attack on the Manchester arena. [2]

“People should not assume they can hide on social media when stirring up hatred and violence.”

“Where there is evidence, the CPS will prosecute them and they will face imprisonment as a result.” [3]

In a similar incident, the former LBC presenter – who was later sacked – Katie Hopkins posted a tweet calling for a Holocaust-like “final solution” on the 23rd of May. She later deleted the post, but, caused an uproar among social media users and such unwise remarks were quickly picked up by the main-stream media. [4]

It is not yet known about the progress of this case with the relevant authorities, despite being reported to the police.