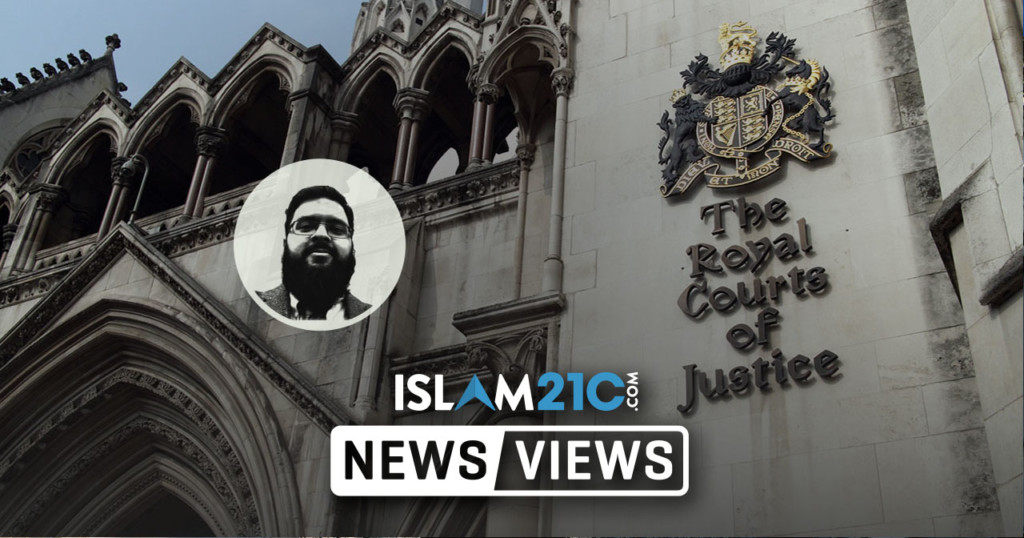 Court of Appeal – Judgement on Friday 8th March at 11:00am

The Master of The Rolls’ Court

Before The Master of the Rolls

From The Queen’s Bench Division

Dr Salman Butt, a Muslim writer and regular speaker at universities in the past, has won his appeal to the Court of Appeal arising out of a challenge to the Prevent Duty Guidance.

The ‘Prevent Duty’ is the duty imposed on all public authorities, including universities and other higher education bodies (‘RHEBs’), to “have due regard to the need to prevent people from being drawn into terrorism” imposed by section 26 of the Counter Terrorism and Security Act 2015 (“CTSA”).

The Court of Appeal has found that the Secretary of State breached his duty to promulgate guidance that was sufficiently balanced and accurate to inform the decision-maker in an RHEB of their competing obligations both to ensure free speech and to prevent people being drawn into terrorism and to assist them to a proper conclusion. This guidance must now be redrafted by the Home Office in the light of the judgement; the redrafted guidance will need to be approved by government and/or Parliament.

The particular focus of Dr. Butt’s challenge was to the HEPDG, paragraph 11 which states:

“Further, when deciding whether or not to host a particular speaker, RHEBs should consider carefully whether the views being expressed or likely to be expressed, constitute extremist views that risk drawing people into terrorism or are shared by terrorist groups. In the circumstances the event should not be allowed to proceed except where RHEBs are entirely convinced that such a risk can be fully mitigated without cancellation of the event. This includes ensuring that where any event is being allowed to proceed, speakers with extremist views that could draw people into terrorism are challenged with opposing views as part of that same event, rather than in a separate forum. Where RHEBs are in any doubt that the risk cannot be fully mitigated they should exercise caution and not allow the event to proceed”. [Emphasis added].

Dr Butt, a Muslim writer and regular speaker at universities up until September 2015, challenged two decisions:

Dr Butt argued that the guidance in the sentences emphasised (see para above) went too far; that the formulation contains a strong presumption which will skew the decision-making process; and that the Guidance ignores statutory duties to which the RHEBs are subject, in particular their duty to ‘have particular regard to the duty to ensure freedom of speech’ in Section 31(2)(a) of the Counter Terrorism and Security Act, and will have a marked tendency to mislead the RHEB representative seeking guidance from the HEPDG. He argued that RHEBs applying this guidance will prevent speakers being invited who may have interesting but controversial views but who do not risk radicalising students by drawing them into terrorism. He argued (along with many others) that this guidance is having a chilling effect on free speech in universities and other higher education establishments.

Dr. Butt also argued that the activities of the EAU had breached his rights to private life under Article 8 of the Convention. The EAU had collected, stored and used information about Dr Butt in developing a profile and forming an assessment that he was an ‘extremist’ which Dr Butt argued was wrong. He also argued that the Defendant had interfered with his right to private life under Article 8(1). Dr Butt further argued that the absence of any publicly available legal framework for the activities of the EAU meant that the interference was not ‘in accordance with the law’ or proportionate under Article 8(2); moreover, that it amounted to ‘directed surveillance’ which required an authorisation under the Regulation of Investigatory Powers Act 2000 (“RIPA”).

The Court of Appeal have rejected this part of his claim but Dr Butt is seeking permission to appeal to the Supreme Court.

“I brought this legal challenge because I believe that the government should not be in the business of arbitrarily determining what is and is not a valid opinion or belief to hold and labelling anyone it does not like as extremist. I am not an extremist and never have been. The atmosphere in many universities has drastically changed over the last few years due to the chilling effect of this guidance on free speech, arising from overly broad government guidance to cancel events involving so-called “extremists”-itself an overly board term open to abuse. I am glad that as a result of today’s judgement this will now stop, and that Muslim students in particular need not be afraid of inviting speakers and scholars previously smeared by Islamophobic organisations.

However, I am also disappointed that the judges did not rule against the government with regards to their secretive large-scale collection, harvesting and storage of citizens’ social media data using sophisticated, automated technology. This is of grave importance for all of us in the 21st century, and deeply worrying that the reach and power wielded by such intrusive surveillance in the digital age is so extensive. I look forward to taking this aspect of the challenge to the Supreme Court in order to fight for all of our freedoms – free speech, assembly and right not to be subject to surveillance for expressing views and opinions which are shared by many thousands of people and which pose no threat to anyone”.

“This is an important victory for Dr Butt who has been vindicated in his argument that the HEPDG is narrow, over prescriptive and will restrict freedom of speech. While it is disappointing that the Court of Appeal has found the EAU’s actions in gathering, storing and using Dr Butt’s personal data to be lawful we hope that permission will be granted to appeal this important issue to the Supreme Court”.