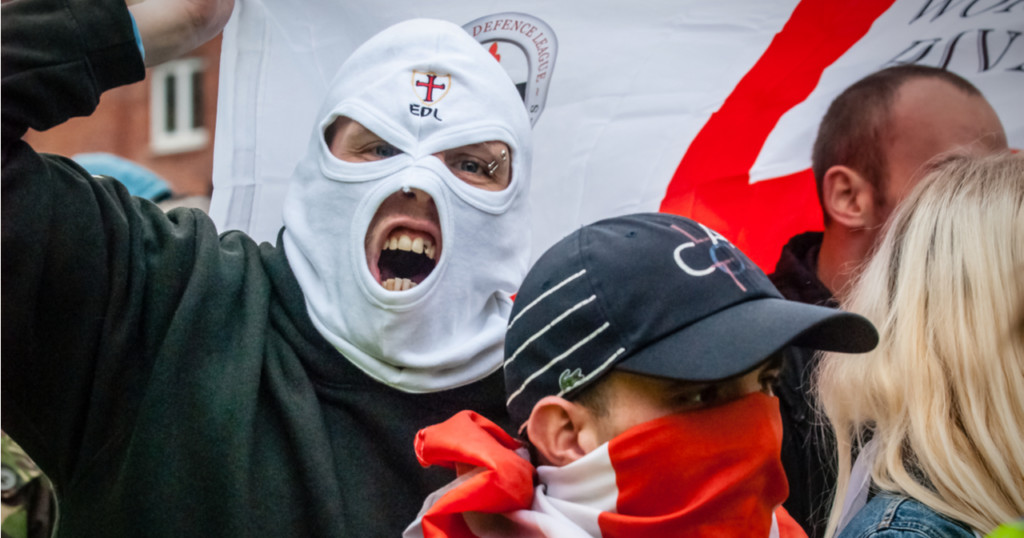 As Brexit, antisemitism and knife crime dominate the headlines, Islamophobia in the UK is one issue that goes relatively unnoticed.

Islamophobia within the UK has been a pertinent issue for many years. However, in the last two years there has been a surge in anti-Muslim prejudice and not only within British society but also within the ruling Conservative party. Sadly as expected, this rising crisis rarely reaches the attention of mainstream British media.

There is no doubt that the EU referendum in 2016 and the anti-immigrant rhetoric surrounding it was a significant contributor to the surge in Islamophobia. However, there are lesser known causes that have been just as important as Brexit and continue to pose a threat to the British Muslim community.

Following the pattern across Europe there has been a rise in right-wing populism within the UK and the embodiment of this rise is the UK Independence Party (UKIP), a party that was founded on an anti-immigration, anti-EU and anti-establishment platform but has now quickly evolved into a party that espouses Islamophobia outright, and has seen the exodus of moderate members and the influx of extreme right-wing members with social media as their most potent weapon.

An investigation by the Guardian newspaper found that there has been a 50 percent rise in UKIP membership in the last year and this surge has shifted the party to the far right as more moderate senior members, such as former leader Nigel Farage, have been replaced by a younger and ideologically extreme demographic that have been attracted by an increasingly anti-Islam agenda.

This rapid shift has been based on the image and personality of the party’s new leader, Gerard Batten, who has described Islam as a ‘death cult’ and that Muslims living in the UK should sign a document renouncing parts of the Qur’an as well as calling for a ban on the construction of all mosques in the UK. Batten has stood openly at public protests in London attempting to insult the Prophet Muhammad (sall Allahu ‘alayhi wa sallam), resembling a dog barking at the sky to extinguish the brilliance of the sun.

“All Muslims are the followers of the cult of Muhammad. That cult is an ideology of blood soaked, regressive nonsense,” [1] Batten said during a speech given at the European parliament. When asked by Sky News if he stood by comments on Islam being a ‘death cult’, Batten said “Study its history for the last 1400 years and if you take an impartial look at it, you might come to that same view,” [2] referring to centuries of myths and stereotypes that Islamophobia has historically relied on.

If Batten’s Islamophobic comments signalled the party’s shift to the far right, it was the appointment of the well-known anti-Islam and right-wing activist Tommy Robinson as an adviser that cemented UKIP as the UK’s first mainstream far-right party since the end of the Second World War. Robinson, who has multiple court convictions and is in and out of prison, has routinely taken to social media to espouse his anti-Muslim agenda which includes harassment of the Syrian refugee who was bullied in a British school.

Far right parties and movements have gained popularity due to the widespread use of social media in attracting a segment of society that is young, radical and driven by popular far-right figures that are active on platforms such as YouTube, Twitter and Facebook. As such, the use of social media in galvanising a younger and more extreme demographic has proven to be an effective tool for the far right and is one of the main causes for the spread of Islamophobia.

However, in an effort to combat the spread of racism and Islamophobia on social media, Facebook and Twitter have banned high profile figures such as leaders of the far right Britain First party, Paul Golding and Jayda Fransen, both of whom are well known Islamophobes and have been imprisoned for religiously aggravated harassment.

Nonetheless, they have been unsuccessful in bringing an end to online Islamophobia and racism. The suspension of 14 members of the Tory party for making Islamophobic comments online and YouTube’s refusal to take down Robinson’s channel is one such example of how social media platforms have allowed the scourge of Islamophobia to proliferate and has given a voice to a movement that was once on the fringes of the political realm but has now entered the mainstream.

Islamophobia is also being uncovered day by day in the Conservative party, the governing party of the UK. Sayeeda Warsi, a senior Tory peer, accused her party of turning a blind eye to Islamophobia and that the Conservatives were “institutionally Islamophobic” as many members and MPs have been found to have made Islamophobic comments on social media as well as denying the existence of the matter within the party.

“I first raised these matters three years ago. I raised these privately, I’ve raised it with three successive chairmen, I raised it in a letter to the prime minister in 2017 and the way in which this matter has just been pushed around from pillar to post, not really taken seriously, not getting into dealing with issues until they become very public on social media has meant that the party has failed to deal with it,” [3] Warsi said in an interview.

Regarding the response she received from May, Warsi said “She simply passed me back to the party chairman at the time… we had two meetings and each time he listened and then absolutely nothing was done and I think this is why I say this is an institutional issue.” [3]

Warsi’s claims are not unfounded as 14 members of the party on Tuesday were suspended after having posted Islamophobic comments on social media, comments to “turf all Muslims out of public office”, “get rid of all mosques”, and calling for people not to vote for home secretary Sajid Javid, as a vote for him would amount to a vote for “Islam to lead this country.” [4]

Three Tory councillors, one of whom was a town mayor, were suspended on Wednesday after endorsing Islamophobic statements on Twitter (liking a cartoon that portrayed London mayor Sadiq Khan being beheaded by the queen) and praising Tommy Robinson, the well-known racist and Islamophobe, as a patriot.

Nonetheless, with all the evidence that shows the deep-rooted nature of Islamophobia within the Tory party, there are many MPs who are in denial of its existence. Henry Smith, MP for Crawley, said that “I’ve never come across any of that in the Conservative Party” when asked about allegations of Islamophobia.[5] It is little surprise then that “journalists” such as Rod Liddle say that “there is not nearly enough Islamophobia within the Tory party.” [6]

The result of such drip-fed hatred to the ignorant and foolish of society has not gone unnoticed. In the last three years there has been a sharp rise in Islamophobia and anti-Muslim hate crime in the UK, with 2017 having a record number of attacks against Muslims. In 2018 there were over 1,200 reports of Islamophobic attacks, a 26% surge from the previous year. Islamophobic incidents have risen significantly due to a number of factors such as Brexit and the proliferation of far-right groups manipulating peoples’ misconceptions on immigration and faith.

If the British press, with the title of “most right wing” media in Europe,[7] is systematically downplaying and ignoring this problem—which it helped cause in the first place—then the onus falls on us raise awareness and empower alternative media sources. The same social media platforms that Islamophobes are weaponising to spread their ancient hatreds and jealousy can be used to battle their lies with Truth.

And say, “Truth has come, and falsehood has departed. Indeed is falsehood [by its nature], ever bound to depart.”[8]