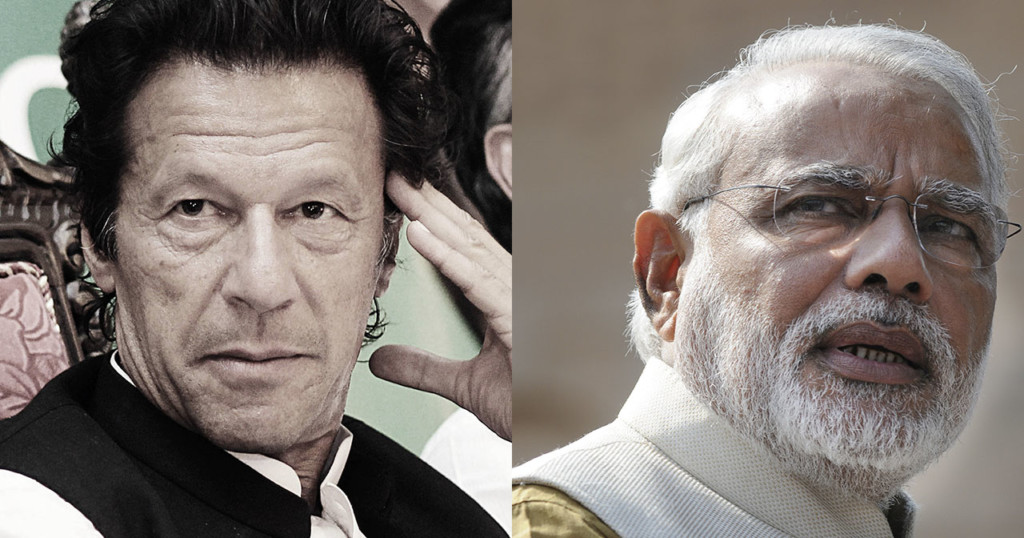 Wing Commander, Abhinandan Varthaman, the Indian Air Force pilot, was released by Pakistan on Friday, following an announcement by the Pakistani Prime Minister, Imran Khan, as a “peace gesture”. The Wing Commander was on a mission inside Pakistani territory and was involved in an aerial dogfight in which he took down a Pakistani jet before being shot down himself. He was able to eject safely before being apprehended by the Pakistani Army.

Prior to his capture, the situation between India and Pakistan had escalated after the attack in Pulwama, Kashmir, which led to the death of 40 personnel belonging to the CRPF (Central Reserve Police Force). India had the upper hand on the international stage and squarely pointed the blame towards the Pakistani establishment for providing so-called “full freedom”,[1] for the Jaish-e-Mohammed (JeM) to operate on its territory, which claimed responsibility for the attack. World leaders, including India’s neighbors, Gulf countries, EU, Canada, Australia and the US all issued statements of condemnation of the attack along with an outpouring of sympathy.

Internationally, the winds were blowing favourably in India’s direction and giving it further strength domestically, exploited by the unofficial spokespersons of Modi and his right-wing nationalist government—the irrationally patriotic Indian news anchors. The news studios were childishly converted to temporary make-believe “war rooms”,[2] to match the occasion of the impending near-war-like situation between the two nuclear-armed nations. The nationalistic fervor was at an all-time high. It was India’s moment to use to its own advantage, being the “victim”.

India decided to respond to the attack at Pulwama by more force. The decision was made to send Air Force fighter jets inside Pakistani territory with a mission to supposedly target camps belonging to the JeM. The Indian Government termed it as a “non-military operation” and also claimed the death of 300 militants due to the operation.

It was smooth sailing up until this point. However, it all began to go south soon after, with news breaking about the arrest of an Indian Air Force pilot, after Pakistan claimed it had shot down his jet. It was only then that the national conversation within India changed from that of wanting revenge to a more conciliatory call to bring back the pilot. By being captured, Wing Commander Abhinandan may well have single handedly averted a war between the two nations fuelled by jingoism and irresponsible rhetoric.

The Modi government’s decision to strike the camps within Pakistan after the Pulwama attack, while the answer to the calls for revenge domestically, was not in India’s best interests if it indeed intended to prevent terrorism. The notion that force is the only viable option to tackle terrorism falls flat if we consider the fact the Pulwama attack happened after the much touted “surgical strikes”,[3] against militants across the Line of Control.

Also, previous Prime Ministers, Dr. Manmohan Singh from the Congress Party and Atal Bihari Vajpayee belonging to Modi’s own party, the BJP, chose to engage with Pakistan even after terrorist attacks that happened in 2001 and 2008, rather than use force and this had much better results in tackling terrorism than Modi’s strategy.[4] Even today the slogan coined by the Late Atal Bihari Vajpayee “insaaniyat (humanity), kashmiriyat (inclusive Kashmiri culture) and juhmhooriyat (democracy)”, his decision to announce a unilateral ceasefire and even his willingness to engage with separatist leaders within Kashmir and even with Pakistan is much remembered within Kashmir. It was an honest attempt and its success, though not a complete one, is widely considered as one of the successful legacies of the former Prime Minister.[5] The successful efforts of Vajpayee with regards to his Kashmir outreach was even recognised by Dr. Manmohan Singh who, when he assumed office in 2004, requested Vajpayee the outgoing Prime Minister and his political opponent, “if he would act as the Indian government’s special envoy to head an India-Pakistan-Kashmir peace process”.[6] However, Vajpayee declined the offer.

Nevertheless, Dr. Manmohan Singh too continued in the same vein as Vajpayee and adopted a strategy of inclusion with the Kashmiris and diplomacy with the Pakistanis when his government came to power in 2004.

Author and former interlocutor for Jammu and Kashmir, Radha Kumar, in her book, ‘Paradise at War: A Political History of Kashmir’, describes the outreach of Dr. Singh towards all the parties involved in spite of the militancy. In the aftermath of the 26/11 attacks that happened in Mumbai, she writes, “Faced with the choice of a military or diplomatic response, an enraged Indian government made the difficult decision to seek rule of law diplomacy to bring the perpetrators to justice.”

Further, the Manmohan Singh government even took steps to rectify the human rights abuses that occurred much to the disapproval of the army. She writes,

It was this calm yet steely determination of both former Prime Ministers that provided a relative calm in Kashmir and brought down the level of militancy, even though they had the same opportunity as Modi to exert force. Statistically, violence had reduced to pre-1990 levels. “For the first time since the 1989 uprising, guerrilla violence fell to below its 1990 levels. Total fatalities declined from the high of 4,507 in 2001 to 1,810 in 2004 and further to 1,116 in 2006. Civilians killed in crossfire fell from over a thousand in 2001 to around 350 in 2006.”[7]

Modi’s Kashmir policy on the other hand is one that has been majorly flawed. He neither took a leaf out of Vajpayees’s book, though he praises Vajpayee publicly, nor did he learn from Manmohan Singh. The excessive force on the Kashmiris at every given opportunity has eventually led to the current situation which India finds itself in. Pulwama may well not have occurred under Vajpayee or Manmohan and consequently the Wing Commander wouldn’t have had to cross the LoC in the first place.

The use of military force at every given opportunity is good optics for Modi’s electorate in Delhi, Nagpur, Kolkata and Mumbai. But for the Kashmiris and even for the armed forces it isn’t. Senior journalist, Sagarika Ghose, after the Pulwama attacks, wrote for the Times of India newspaper:

“It must be recalled here that just two months after the surgical strikes there was a terror strike on the army base at Nagrota. In the last five years there’s been a 94% increase in number of security forces killed and a 177% increase in terrorist incidents. State violence inevitably normalizes and legitimizes extreme violence in society. Overwhelming use of force by the government tends to erode the boundaries between law and crime, thus normalizing violence in society, inevitably paving the way for the next step in unrestrained violence, namely terrorism.”[8]

It is this flawed desire to use force every time, as opposed to the policy of Manmohan Singh and Vajpayee, along with the jingoistic media personalities beating their war drums that led to the decision to strike camps in Balakot across the LoC. If the air strikes are to help in reducing militancy, then ideally the surgical strikes should have prevented Pulwama.

Modi’s averseness, unlike his predecessors, towards conducive dialogue with the players in Kashmir may well be costing the Kashmiris and the armed forces dearly while only furthering the cause of the militants. As senior journalist, Siddharth Vardarajan, wrote in his editorial,

“The official line is that ‘talks and terror’ cannot co-exist. The problem with this formulation is that the opposite does not hold: ‘no talks’ and terror very much exist together, as we have seen over the past few years. And as the problem persists, there is always the inherent danger that politicians will begin to believe war is the only way to end the problem of terror. While there is ample evidence from around the world about the limits and dangers of using mainly or exclusively military means against terrorism, the risk on the India-Pakistan front is apparent.”[9]

It is this flawed policy that led to India losing the upper hand it had on the international stage after the Pulwama attack. And the Pakistani Prime Minister Imran Khan wrested it from India’s hand while Modi was busy with launching game apps and electioneering for the upcoming general elections in May, even though the Pilot was still in Pakistani custody.[10]

Mr. Modi even conducted a video conference, titled as mera booth sabse mazbooth (my polling booth, the strongest) with party workers where he spoke for nearly 85 minutes mentioning the achievements of his government, attacking the opposition, while completely ignoring to mention the capture of Wing Commander Abhinandan or to even mention the efforts that his government was taking to secure his release.[11] Clearly, elections were the priority, the captured pilot was not.

Even government ministers shamelessly boasted about the air strikes and the political mileage they would receive from it, even while the pilot was still in Pakistani custody. A former Chief Minister from the BJP, Yedyurappa, said that the air strikes will help the BJP win 22 seats in the state of Karnataka.[12] The cat hiding inside the BJP’s bag was finally let out.

While Modi’s government was quick to decide on the use of force after Pulwama, Modi’s response—or rather the lack of it—was quite telling with regards to the capture of Abhinandan. Clearly, the capture of the Wing Commander wasn’t part of the script, thus the loss for words. On the other hand, the Pakistani Prime Minister, Imran Khan, decided to pull the rug from under Modi’s feet, by announcing the release of the Wing Commander.

While the “peace gesture” of Imran Khan is one that was widely welcomed, and rightly so, both sides need to rectify their steps, show statesmanship and resolve in trying to work towards finding a solution for Kashmir, in the greater interest of humanity.

[6] Paradise at War: A Political History of Kashmir, Radha Kumar

[7] Paradise at War: A Political History of Kashmir, Radha Kumar