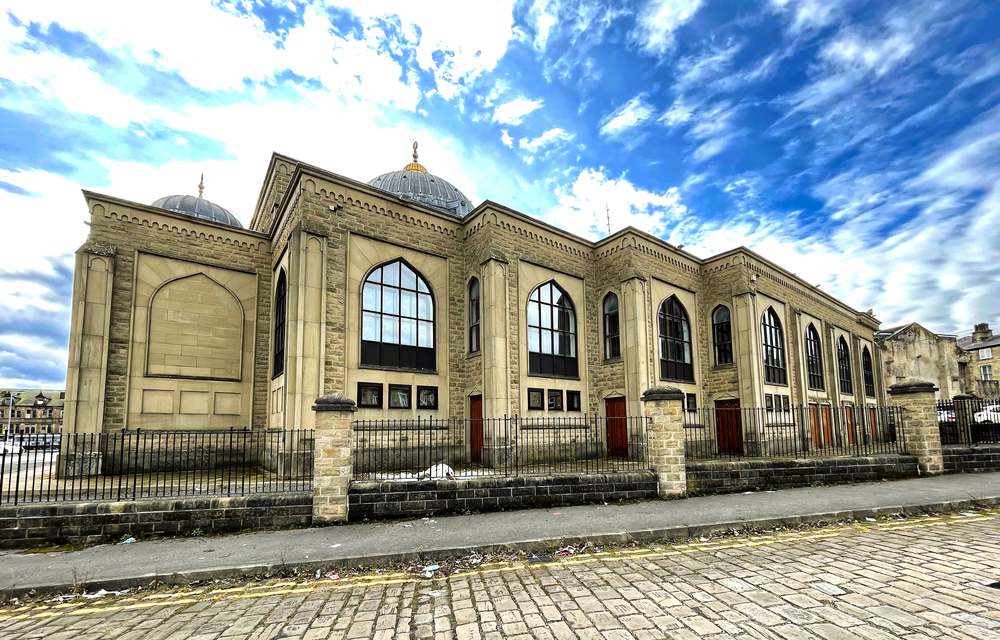 The Bradford Grand Mosque, one of the largest in the UK. Editorial credit: derek oldfield / shutterstock.com

On Monday afternoon, a major new paper was launched in parliament. Commissioned by Mercy Mission UK and written by principal investigator and researcher, Dr. Usaama al-Azami, the British Muslim Civil Society Report partly builds on the recently published census data for England and Wales, which found that Muslims now comprise 6.5 per cent of the population. And in order to tap into the Muslim community’s full potential, the piece makes a number of recommendations for policymakers and others in influential positions within civil society. [1]

Benefiting from contributions and advice from representatives of a number of British Muslim and educational entities – including the National Zakat Foundation, Cardiff University, Edinburgh University, the Muslim Council of Britain, and the Aziz Foundation – it is envisaged that the 48-page paper will spur stronger partnerships between Muslim civil society and local and national government.

The report is welcomed for myriad reasons, with a big takeaway being the recommendation that policymakers and others implement the All-Party Parliamentary Group (APPG) on British Muslims’ definition of Islamophobia, on top of calling for the tackling of “structural racism and Islamophobia that hamper [Muslim youth] integration into mainstream society”. [1]

Ahead of the launch, the Conservative peer and treasurer for the APPG on British Muslims, Baroness Sayeeda Warsi, said,

“This report should be the beginning of important conversations between one of Britain’s most civic-minded communities and various statutory and non-statutory bodies concerned with civil society as we build towards a better, more cohesive future in Britain.

“I hope this report will be read carefully by decision makers.”

In addition, Jehangir Malik OBE, the Policy and Engagement Director at Mercy Mission UK, stated that the report provides “valuable insights into the wide-ranging contributions of Britain’s Muslim community to civil society”.

“Britain’s Muslims are diverse, dynamic, energetic, and often young. As this report shows, they are frequently looking for ways to contribute.

“We hope this report drives the long-term and meaningful conversations that have so far been largely absent between policymakers across sectors and Muslim civil society organisations, which can improve lives and transform our communities.”

The thorough report pays particular attention to various areas of British Muslim society that require improvements or the facilitation of support, as well as the flip side of providing huge benefits to wider British society.

In specific regard to the youth sector, the authors note that:

“[The] Muslim youth sector needs a significant impetus to take off locally, regionally and nationally, addressing the needs and aspirations of a growing, dynamic Muslim population that tends heavily towards a youthful demographic….

“Muslim civil society organisations should explore innovative mechanisms for ensuring that young people’s voices and lived experience are a core part of governance structures, such as through genuinely empowered ‘youth advisory boards.'” [1]

Furthermore, Islamic centres are encouraged to step up and deliver extra programmes and to “become major community hubs” that “reflect the Prophet’s [ﷺ] mosque as a model for Muslims in all”. [1]

At the same time, the advancement and inclusion of Muslim women in all levels of civil society, through mosques to charities is championed by the authors and the Muslim Council of Britain’s “Women in Mosques” development programme is singled out for special recognition. [1]

Leader researcher @DrUsaama paints a picture of the UK Muslim community at the #BMCS report launch by @MercyMission supported by the @APPGBritMuslims pic.twitter.com/kK4kP4BvDF