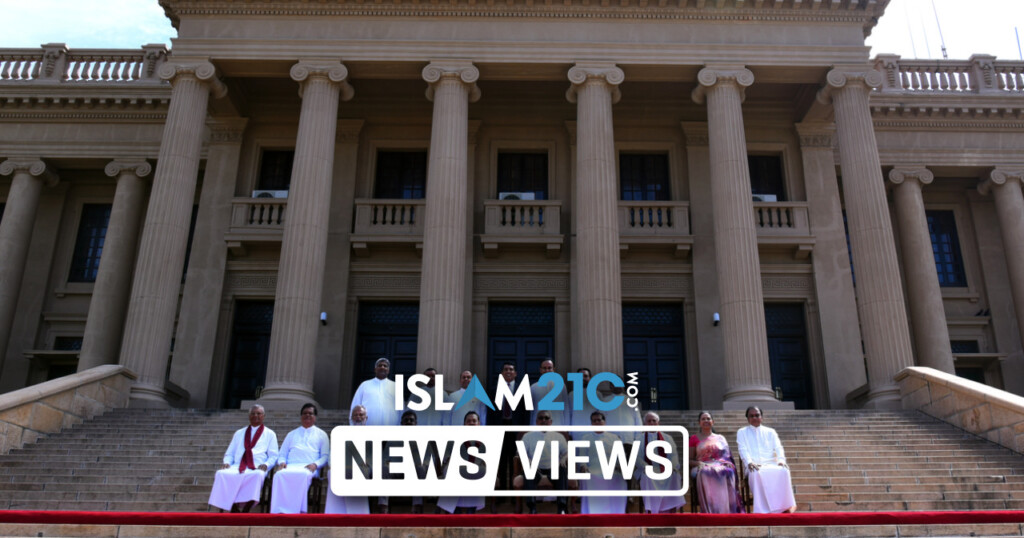 The Muslim Council of Britain (MCB) is starting legal proceedings against the government of Sri Lanka for the latter’s policy of forced cremations for those believed to have died from complications due to COVID-19.[1] [2]

Cremation is considered particularly degrading and insulting for members of the Muslim and Christian faiths, as the act is in direct contravention of their beliefs of death and burials.

The shameless decision by the Buddhist government of Sri Lanka to cremate people suspected of having died from COVID-19 has led the MCB to pursue legal avenues to counter the Sinhala leadership’s choice to ignore the widespread outcry over this unnecessary practice. A press release from the MCB states:

“In response to this, the Muslim Council of Britain has set up a Taskforce headed by Assistant Secretary-General, Zara Mohammed, consisting of UK-based Sri Lankan representative bodies, lawyers, medical experts, and senior leaders of the community.”

“The MCB taskforce has written to the Foreign Secretary and the Sri Lankan High Commissioner to request an immediate reversal of this ‘forced cremation’ policy and highlight its impact on Muslim and Christian communities.” [2]

The World Health Organization (WHO) has explicitly stated in its guidance on the matter that “people who have died from COVID-19 can be buried or cremated.”

In a paper released in March 2020 entitled Infection Prevention and Control for the safe management of a dead body in the context of COVID-19, the WHO states that burial and cremation are both equally applicable forms of final disposition in regards to COVID-19.[3]

Furthermore, in a September 2020 update of the March publication, the guidance again states that burial and cremation are both without associated risks, provided the people involved in the preparation of the body and the burial or cremation follow the given precautionary advice.[4]

The press statement from the MCB includes a message from Tayyab Ali, a highly experienced lawyer and partner of the renowned London law firm Bindmans LLP:

“The forced cremations of Muslim bodies in Sri Lanka are a serious violation of the religious freedom of a minority group. It is a violation of international law to delay returning a family member’s body for burial in a timely way unless there is good reason to do so. In this case the Sri Lankan authorities have departed from the World Health Organisation’s recommendation for the safe management of a dead body during the coronavirus pandemic without any justification.”

“In addition, the Sri Lankan Supreme Court’s rapid and unreasoned dismissal of the application made by family members of the deceased leaves no domestic remedy to what some have described as ongoing persecution of the Muslim minority in Sri Lanka. We are now preparing to bring this matter to the urgent attention of the United Nations Human Rights Committee for resolution”.

Earlier this week, Islam21c reported on the tragic case of a Muslim baby boy who was not even a month old when he died under mysterious circumstances, but that which doctors alleged to have been as a result of COVID-19.[5]

The 20-day-old baby was cremated at the behest of officials at the Lady Ridgeway Hospital for Children and the infamous government policy.

The baby’s father, Mohamed Fahim, described the sheer pain he felt in comments to Al Jazeera:

“I told them that I cannot go into a place where they are burning my baby. My friends and family asked the authorities how they can go ahead with the cremation when neither of the parents had signed any document giving consent…”

“They said because the baby is a COVID-19 positive patient, they can cremate. It is as if they rushed to cremate our baby. When we asked questions, they didn’t have any proper answer.”

“We would have had some comfort if they had allowed us to bury him instead of cremating him by force. That is what is unbearable.”[6]