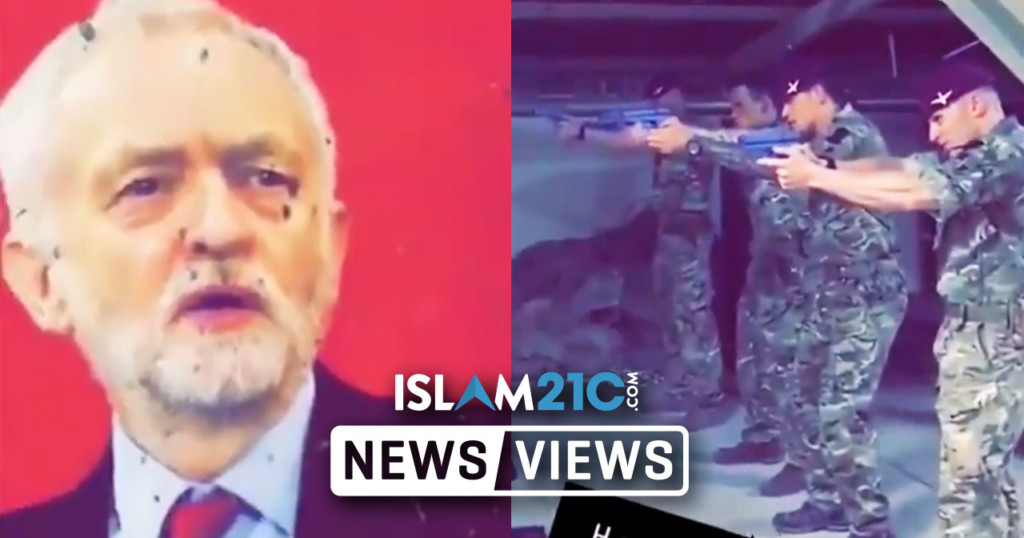 The Ministry of Defence has launched an investigation as viral video brings to light issue of right-wing extremism within the army.

A video has surfaced online showing a group of British soldiers, allegedly belonging to the 3rd Battalion Parachute Regiment, firing at a poster of Labour Party leader, Jeremy Corbyn.

The video, taken on Snapchat including a caption reading, “happy with that”, was reportedly filmed at a shooting range in Kabul. The Ministry of Defence has said that the video is genuine, and are investigating both the act and why a poster of Corbyn was put up.[1]

“We are aware of a video circulating on social media. This behaviour is totally unacceptable and falls well below the high standards the army expects. A full investigation has been launched,” a spokesman from the military said.

Also responding to the video was a Labour party spokesman, who declared that the “behaviour is alarming and unacceptable”, adding he had “confidence in the Ministry of Defence to investigate and act on this incident”.

During the weekly Question Time in parliament, MPs condemned the video and claimed that the soldiers’ actions do not represent the views of the military. However, Theresa May did not voice her concern during the session and when asked about it, her spokesman simply said that she would only respond to the questions that had been asked by MPs.

Many have pointed out that this recent stunt highlights a growing problem of right-wing extremism in the military, and is not the only instance where armed forces members openly displayed their far-right ideologies that fuel the growing far-right in the UK.

In 2010 for example, British soldiers were found using mosque cut-outs as targets at a firing range in Yorkshire.[2] In other incidences, soldiers Ryan McGee,[3] and Mikko Vehvilainen,[4] both of whom idolised the KKK and EDL, called on Muslims living in the UK to be cleansed and armed themselves with bombs in preparation for a race war.

Mikko Vehvilainen was described as “outstanding” even though he had killed Afghan civilians and taken pictures with the well-known Islamophobe, Tommy Robinson,[5] who is apparently quite popular with some soldiers.[6]

“In some respects, the UK military – the institution, rather than the people – is itself a far-right organisation. On one hand it is anchored to a violent colonial past that it gleefully celebrates. On the other, the army operates according to ideas that are recognisably of the right: submission, obedience, unaccountable power, nationalism, a commitment to remaking the world with lethal, racialised violence,” said Joe Glenton, a former serviceman in the military.