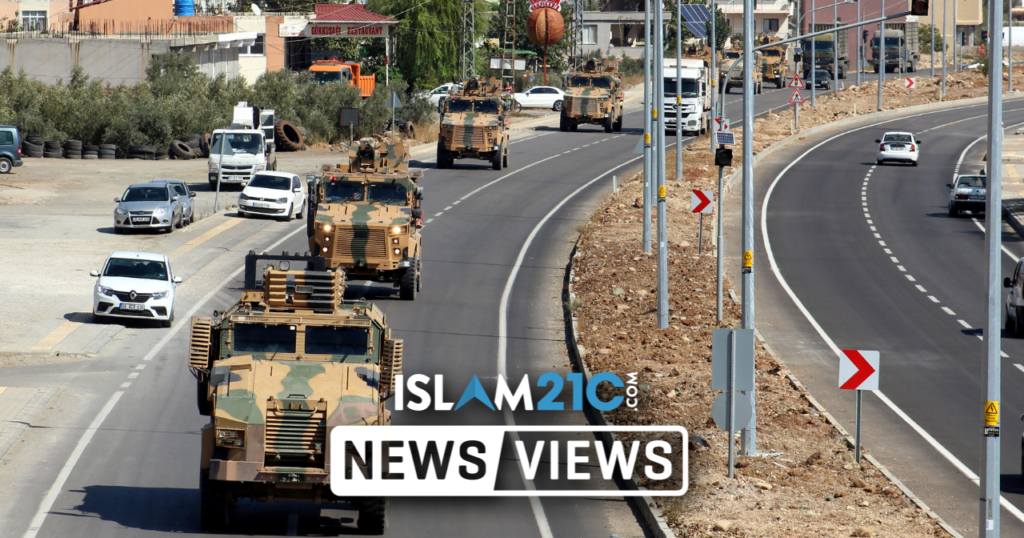 Turkey seeks to begin a military intervention against the Kurdish-led forces in northeast Syria, since the American troops began withdrawing from the region on Sunday in an immediate policy shift by the US.

On Wednesday, in a Washington Post column, Fahrettin Altun said:

“The Turkish military, together with the Free Syrian Army, will cross the Turkish-Syrian border shortly,”

“Turkey has no ambition in northeastern Syria except to neutralise a long-standing threat against Turkish citizens and to liberate the local population from the yoke of armed thugs,”

The Syrian rebels also known as the Syrian National Army (SNA), composed of various opposition groups fighting the Assad regime, has made observations at Akcakale district of Sanliurfa in southeastern Turkey late Tuesday.

SNA forces who arrived in Sanliurfa on Tuesday night to support the Turkish Armed Forces (TSK) observed Syrian town of Tell Abyad, bordering Turkey’s Akcakale, from the zero point of the Syrian border.

The military forces exchanged views on the planned operations, and the SNA forces later joined the TSK at the border. The TSK reinforced the troops with military vehicles, armoured personnel carriers and commando units that reached Turkey’s southern Hatay province from different units of the army.

The SNA is composed of various Turkey-backed opposition groups which is taking part in Turkey’s ongoing Operation Olive Branch in Afrin to liberate the region from PKK and Daesh militias.

Turkey has also stressed that supporting terrorists under the pretext of fighting Daesh is unacceptable. In its 30-year conflict against Turkey, the PKK is said to have been responsible for the deaths of some 40,000 people including women and children.

In addition, Turkey plans to resettle 2 million Syrian refugees in a 30-km-wide (19-mi) safe zone to be set up in Syria, stretching from the Euphrates River to the Iraqi border, including Manbij. However, the presence of terror groups such as the PKK, PYD, and YPG risk its formation.

Turkey has rid an area of 4,000 square km (1,544 square miles) in Syria of terrorist groups in two separate cross-border operations. Since 2016, Turkey has conducted two major military operations in northwestern Syria, the Operation Euphrates Shield and Olive Branch, in order to purge the region of Daesh and the YPG, which is the Syrian branch of the PKK.