29 Hadiths About Wiping Away Sins 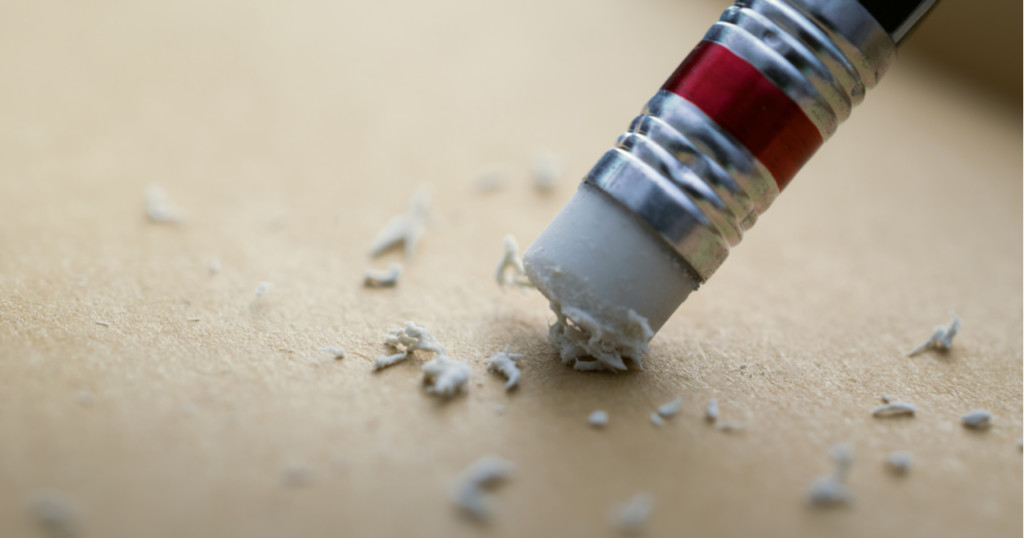 In Part 1, we discussed the importance and virtue of tawbah in our daily lives. From the pro-active actions the believers can take to remove their sins, there are:

In this final part, we have gathered a collection of narrations from the Prophet (sall Allāhu ‘alayhi wasallam) teaching us simple acts of worship which erase our sins or result in the angels seeking forgiveness for us. They include things we may do in our daily lives without a second thought, or things we ought to aspire to add to our routines.

The Prophet (sall Allāhu ʿalayhi wa sallam) famously said, “Verily, actions are but by intentions, and every person shall have (be rewarded for) what they intended.”[1]

Therefore, when we consider the following ahadīth, we should try to ensure that we not only carry out these actions regularly, but also intend that our bad deeds are wiped out as a result.

The Prophet (sall Allāhu ‘alayhi wasallam) said: “The five daily prayers, Jumu’ah (Friday prayers), and Ramadān remove bad deeds between one and the next, if major sins are avoided.”[1]

“Whoever fasts Ramadān out of faith and the hope of reward, his previous sins will be forgiven.”[2]

“Whoever spends the night of Laylat al-Qadr in prayer out of faith and the hope of reward, his previous sins will be forgiven.”[3]

4. Fasting on the Day of ‘Arafah, and ‘Āshūrā

“It (fasting on the Day of ‘Arafah) expiates the sins of the past year as well as the coming year.”[4]

“Fast the Day of ‘Āshūrā, for indeed I anticipate that Allāh will forgive (the sins of) the year before it.”[5]

“Whoever performs pilgrimage to this House and does not behave in an obscene or immoral manner will return free of sin like the day his mother gave birth to him.”[6]

“There is no man that performs Wudū’, does it well, and prays, except that when he prays, he will be forgiven, whatever [sins he commits] between that and the next prayer.”[8]

7. Bowing and prostrating in prayer

“When the servant stands to pray, all his sins are taken and placed on his head and shoulders. Every time he bows or prostrates, the sins fall away.”[9]

8. The night prayer and supplication

“Two Muslims will not meet and shake hands except their sins are forgiven before they separate.”[11]

10. Following up a bad deed with a good deed

“Be conscious of Allāh wherever you are. Follow the bad deed with a good one in order to erase it, and engage others with beautiful character.”

12. Arriving early for the congregational prayer

“One of you does not sit waiting for the prayer except that he is counted as being in the prayer, so long as he does not break his ablution. The angels supplicate for him saying, ‘O Allāh, forgive him. O Allāh, have mercy upon him.’”[13]

13. Calling the athān and the one who attends that prayer

“The Mu’ath-thin’s sins will be forgiven as far as his voice reaches, and every wet and dry thing will ask forgiveness for him. For the one who attends the prayer, twenty-five hasanāt (good deeds) will be recorded, and it is will be expiation (for sins committed) between them (the two prayers).”[14]

“If a man takes bath on Friday, cleans himself as much as he can, oils his hair, applies perfume available in his house, sets forth for the mosque, does not separate two people (to make a seat for himself), performs as many Prayers as written [by Allāh] for him, remains silent when the Imam speaks, his sins between that Friday and the following Friday will be forgiven.”[15]

“If any one of you says, ‘Āmīn’ and the angels in the heavens say ‘Āmīn’ with the former coinciding with the latter, all his past sins will be forgiven.”[16]

“When the imām says, ‘Sami`a Allāhu liman hamidah,’ you should say, ‘Allāhumma Rabbana lak al-hamd’. And if the saying of any one of you coincides with that of the angels, all his past sins will be forgiven.”[17]

“If a person stays in his place after the prayer, the angels supplicate for him. Their supplication is, ‘O Allāh forgive him. O Allāh, have mercy upon him.’”[18]

18. Waiting in the masjid in between prayers

“Shall I not tell you of that by which Allāh expiates your sins and increases your good deeds?” They said, “Of course, O Messenger of Allāh.” The Prophet said, “Thorough ablution despite difficulty, taking many steps to the mosque, and waiting for one prayer after another.”[19]

19. Praying Fajr and ‘Asr in congregation

“Whoever continuously performs the two rak’āh of Ad-Duha will have his sins forgiven, even if they are like the foam of the sea.”[21]

21. Walking to the masjid

“Whoever purifies himself for ablution in his house and walks to a House among the Houses of Allāh in order to fulfil an obligation among the obligations of Allāh, then one step of his will expiate his sins and another step will elevate his status.”[22]

24. Supplicating after eating or putting on a new garment

“And he who utters ‘subhānAllāhi wa bihamdihi (Glory be to Allāh and His is the Praise)’ one hundred times during the day, his sins are wiped away even if they are like the foam of the sea.”[26]

“He who says: ‘Astaghfir ullāh-allathī lā ilāha illā Huwal-Hayyul-Qayyūm, wa atūbu ilayhi (I seek the Forgiveness of Allāh, there is no true God except Allāh, the Ever-Living, the Self- Subsisting, and I turn to Him in repentance)’, his sins will be forgiven even if he ran away from the battlefield [while he was engaged in fighting for the cause of Allāh].”[27]

27. The supplication at the end of every meeting

“Whoever sits in a gathering and indulges in idle talk, then says before leaving that gathering, ‘Glory be to you, O Allāh, and your praises. I bear witness there is no God but you, I seek your forgiveness and repent to you,’ he will be forgiven for whatever happened in that gathering of his.”[28]

28. Not be hasty in demanding back loans

“Once a man died and was asked, ‘What did you use to say (or do) [in your life time]?’ He replied, ‘I was a businessman and used to give time to the rich to repay his debt and [used to] deduct part of the debt of the poor.’ So he was forgiven (his sins.)”[29]

“There is a Sūrah in the Qur’ān which contains thirty ayāt which kept interceding for a man until his sins are forgiven. This Sūrah is ‘Blessed is He in Whose Hand is the dominion’ [i.e., al-Mulk].”[30]

These are just some of the many actions we may perform on a regular basis which could result in our sins (from the known and the unknown) being erased by Allāh, the Most-Merciful. Let us strive to increase in these actions and become consistent in them so that we may be successful, inshā’Allāh!