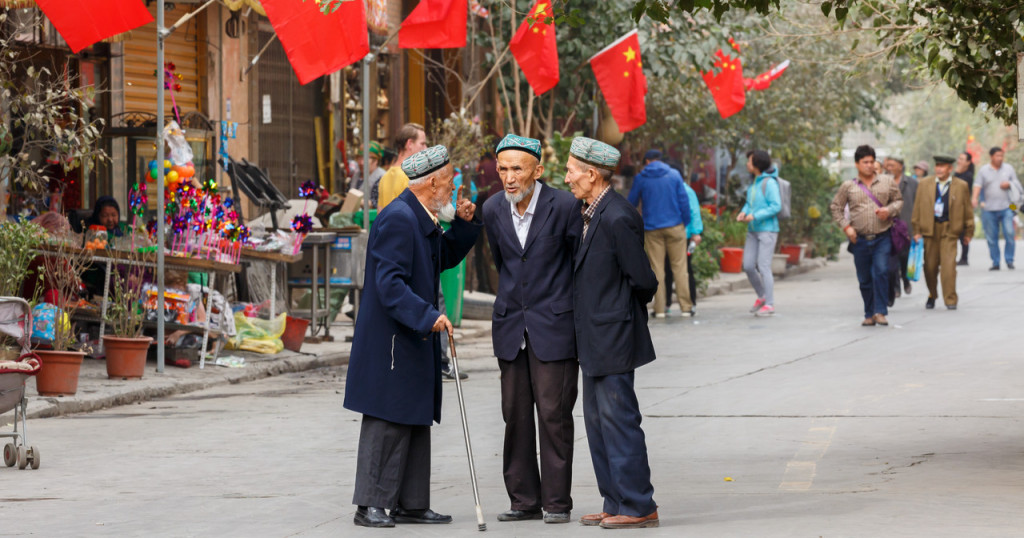 A former Chinese police officer who defected against the Chinese government has revealed shocking details concerning the current genocidal campaign organised by state authorities against Muslim minorities. More specifically, he has outlined the barbaric treatment of Uyghur Muslims at the hands of Chinese state authorities in concentration camps found in East Turkestan.

The whistleblower, identified as Jiang, spoke to Sky News in an exclusive interview. He shared harrowing accounts of the transportation, torture, and deaths of many Uyghurs in the so-called ‘re-education’ camps in East Turkestan, also known as Xinjiang.

In his comprehensive and detailed statement, the defector Jiang said:

“We gather them together, put hoods on their head, two people handcuffed together, to prevent them from escaping. During the train transportation we do not give them food. Only bottle caps are allowed to be used for drinking water.

“They are only allowed bottle caps to drink water – to moisten their lips. To keep order, we don’t let them go to the toilet. They reach their destinations in two days. They reach Xinjiang.” [1]

According to Jiang, freight trains – which are normally used to transport industrial goods and products – are used to transport Uyghurs to the concentration camps. Up to 500 detainees would be shuttled from the stations to the camps, with each carriage holding more than 100 prisoners. Each prisoner would be guarded by two policemen.

In his interview, the former police officer said he had served as a soldier before moving on to work as a detective in a local Public Security Bureau. Whilst working with the secret police, Jiang was able to gather crucial information, including pictures, videos, and other information relating to his fellow colleagues.

In his remarks, Jiang also added:

“In cases related to politics, jeopardising the regime, cases involving overthrowing the regime – you’re allowed to beat people. It’s ok, to make them turn in other people’s names.

“You use various methods to put pressure; two people use sticks to weigh down their legs; tie him up and trample their arm; shackle their hands, pour cold water – put a water pipe into their mouth and tie them up.”

As a result of these life-threatening and horrific tactics, as well as the extreme mental stress prisoners are forced to undergo, Jiang explains that it is normal for people to die. In fact, episodes of death in the camps occur so often that one gets used to the high rate.

Jiang also revealed that more than 900,000 Uyghurs had already been detained for petty reasons. He argued that the sole reason for imprisoning them was to control the demographics of the region, as well as to break down the social and cultural fabric of Uyghur families.

Although he normally would work in various criminal departments on investigations and enquiries, Jiang was sent to East Turkestan as a member of the so-called “Aid Xinjiang” programme. This campaign saw the transfer of tens of thousands of armed policemen, officers, and soldiers to the region.

Based on his direct experience in the region, Jiang confirmed that Uyghurs are living in a perpetual state of surveillance and oppression from a ruling class that is corrupt. His defection and subsequent leaks regarding the genocide in East Turkestan were a result of his guilt in knowing what is happening.

“It’s not betraying the motherland, I’m just against the corrupted class. I’m not afraid of the danger. I have seen much life and much death. I have seen many dead people. It’s a way for me to free myself.”

The Chinese government has come under increasing criticism from the international community after mounting evidence of an intense campaign of cultural genocide and horrific human rights abuses against the Uyghur Muslim people in Xinjiang.

The Chinese regime has defended its genocidal policies in the region, arguing that they are aimed at tackling extremism and terrorism. This is a trope that is routinely used to mask and cover human rights abuses occurring in the region.

The Chinese government has routinely denied the existence of concentration camps, where up to 1 million Muslims have been detained, despite the overwhelming evidence of their existence. The regime insists that these are ‘re-educational centres’ aimed at retraining the local population and teaching them new skills.