Do We Care About Drones Now? 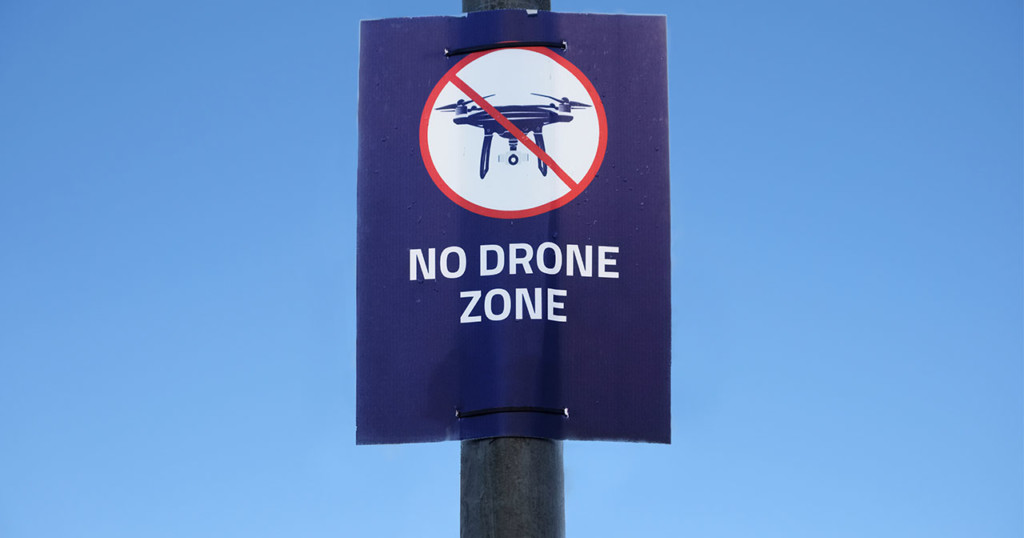 The “Battle of Gatwick”

The recent series of drone sightings around Gatwick Airport’s runway plunged it into utter chaos, causing the Airport’s biggest disruption since the Icelandic volcanic ash cloud of 2010. The disruptions forced Britain’s second-largest airport into a virtual standstill, shutting three times in a week, causing hundreds of flights to be cancelled and the pre-Christmas holiday plans of an estimated 150,000 passengers to be disrupted. Airport authorities feared drones could potentially strike passenger planes with catastrophic consequences (as any mid-air collision with an object is dangerous to aircraft), including financial losses estimated to run into the order of millions of pounds.

Police were “actively investigating” 67 reports of drone sightings between December 19 and December 21 from members of the public, passengers, police officers and airport staff, although “it was always a possibility that there may not have been any genuine drone activity in the first place.” Police and military specialists were deployed to search for those behind the drones, although authorities do not believe that the incidents were linked to terrorism or any foreign power.[1]

The fact that the disruption was sustained for a long period however points to a deliberate act. However, as we reflect on these types of adverse impact of drones on flight paths, little do we take our minds to the disastrous impact destructive drones are being increasingly—and intentionally—used for, remotely by the West, particularly the US in pursuance of their militarist adventures.

Drones or Unmanned Aerial Vehicles (UAVs) are high-technology devices that are constantly evolving thanks to a burgeoning community of enthusiastic technologists. Originally, drone referred to an unmanned aircraft pre-programmed with a flight plan, in which the aircraft would fly in either a straight line or round in circles until the engine would run low on fuel, and then the drone would land. More recently, “drone” has evolved into a catch-all term including any unmanned robot either pre-programmed or remotely controlled. This includes robots designed for water, land, and air use.

There are many types of uses for aerial drones. Whether military or commercial, the applications are similar in nature. The types of drones available will be endless, as technology progresses. However, the current uses for drones are:

Drones have arguably been part of warfare since the 19th century,[2] with unmanned technology advancing in the interwar period. By the late 1950s however the US and others found they could use unmanned, remotely piloted aircraft as spy planes with drones being still only a niche technology during the Cold War. The genesis of the drones orbiting today’s battlefields came in key technological leaps.

The US’ drones, which started life as spy planes, were augmented to become assassination weapons. And they have been used in at least seven countries to fulfil exactly those roles, throughout Washington’s ongoing so-called ‘War on Terror’. They have been reportedly hoovering up information, feeding the military’s insatiable demand for “battlefield” intelligence (meaning the whole world now in practice), and finding and killing “terrorists and insurgents”. As if those labels were not subjective enough, it should be noted that Human Rights group Reprieve analysed data from drone strikes in a report in 2014 highlighting a 28:1 civilian to “target” ratio.[3]

“Drone strikes have been sold to the American public on the claim that they’re ‘precise’. But they are only as precise as the intelligence that feeds them. There is nothing precise about intelligence that results in the deaths of 28 unknown people, including women and children, for every ‘bad guy’ the US goes after.” Jennifer Gibson, Reprieve.

Advocates have emphasised the drones’ crucial role in providing intelligence, reconnaissance and surveillance, in strengthening the legal armature of targeting, and in conducting precision-strikes while critics claim that their use reduces late modern war to a video game in which killing becomes casual. The use of drones in armed conflicts has therefore increased significantly in recent years, raising humanitarian, legal and other concerns.

The US drone killing programme massively expanded under President Barack Obama. Responding to evolving militant threats and the greater availability of remote piloting technology, Obama ordered ten times more “counter-terror” strikes than his predecessor George W Bush over the course of his term. Thousands of strikes have been carried out in Yemen, Pakistan and Somalia, carried out by the highly secretive Central Intelligence Agency and Joint Special Operations Command at the Pentagon.

It has also killed thousands of civilians, according to data collected by countless journalists and rights groups—a reality which experts have warned from day one has a greater “radicalising” effect than any other, particularly the religious beliefs of those “terrorists and insurgents” they claim to be trying to wipe out from the sky. Human rights organisations have lambasted the targeted killing programme for its “clear violations of international humanitarian law.”[4]  Vltchek and Chomsky in their book refer to drones as the embodiment of a new extreme reached in US foreign policy.[5]

In fact, four former US air force service members, with more than 20 years of experience between them operating military drones, wrote an open letter to Obama warning that ‘the program of targeted killings by unmanned aircraft has become a major driving force for Isis and other terrorist groups’ and argued that “the killing of innocent civilians in drone airstrikes has acted as one of the most “devastating driving forces for terrorism and destabilisation around the world”.[6] More worrying has been that, in expanding US drone strikes in Yemen, Somalia, and Afghanistan, Trump has “shredded” even the ‘Obama-era safeguards’ to minimising the risk of civilian casualties.

A new low set for the world

Although most of the drone strikes are American, the US has long lost its monopoly of this very 21st-century form of warfare (the first strike was carried out in 2001). So far, seven countries have used armed drones in combat operations: the US, Israel, Pakistan, Iraq, Iran, Nigeria – and the UK. Britain’s role in drone warfare is marginal when compared with that of the US. But UK drone use is still significant and a matter of indisputable public interest.

According to Drone Wars UK, more than 1,200 UK missions have been launched in Iraq and Syria in the past 18 months, of which around 360 have released weapons, overwhelmingly in Iraq.[7] The Bureau of Investigative Journalism claimed that of the 416 to 959 civilians killed by drones in Pakistan between 2004 and 2014, 168 to 204 were children. Furthermore, between 2002 and 2014 in Yemen, drones killed at least 64 to 83 civilians with a possible 26 to 68 additional deaths unaccounted for.

Additionally, those in the territories where drones operate live in habitual fear. The Israel Defence Forces (IDF) possesses a wide array of systems, some developed in association with the Pentagon. Residents in the occupied Palestinian territories are frightened by potential Israeli strikes while those living in Pakistan experience perpetual terror from the constant hovering of drones, a reminder of enemies thousands of miles away. Within Yemen, the relentless buzzing above has caused thousands of citizens to develop psychological disorders—such as post-traumatic stress disorder or anxiety—even inducing miscarriages in some pregnant women.[8]

Removing the combatant from the battlefield

Drones act as a new way of killing within modern conflict and may have lowered the threshold to the use of lethal force, posing both moral and legal dilemmas. Drones have also dehumanised war and enabled more lethal force than ever before by removing the combatant from the battlefield. As we continue to make war “less human, we may also be making it less humane.”[9]

Over nearly a decade, drone-attack frequency and death rates have increased dramatically. Rather than calming the subjected regions through the precise elimination of terrorist leaders, however, the accelerating “counterterror” programmes have compounded violence and instability. Judicious use of technology to enhance or replace human judgment is a prerequisite.

Drone warfare walks a fine line between legal uses of force and extrajudicial killings. In order to protect and allow for the enjoyment of human beings’ rights, states must update their understandings of their human rights obligations under international law. Furthermore, this must be reinforced through strict accountability measures laid down by the UN.

There is an ongoing need to assess the use of drone strikes in all situations to ensure that the technology is being used in accordance with international law as it actually exists, not as it is interpreted to be, where such interpretations undermine the object and purpose of the law.

There could be rays of light for us in the UK considering the important 2016 report by parliament’s joint human rights committee, with the “rightly forbidding title”,[10] “The government’s policy on the use of drones for targeted killing”,[11] which made a powerful legal and political case for a much more honest approach to the proper limits of this form of military action.

Whether our governments will pay attention to actual justice and security instead of following the profit-led military industrial complex that strives from prolonged conflict and warfare, is a different story altogether. However, next time we hear people—including ourselves—complaining about how a drone ruined their holiday, let us take that as a catalyst to help create awareness and push back against those using drones to ruin lives and destabilise entire regions purportedly in our name.

[8] The Bureau of Investigative Journalism