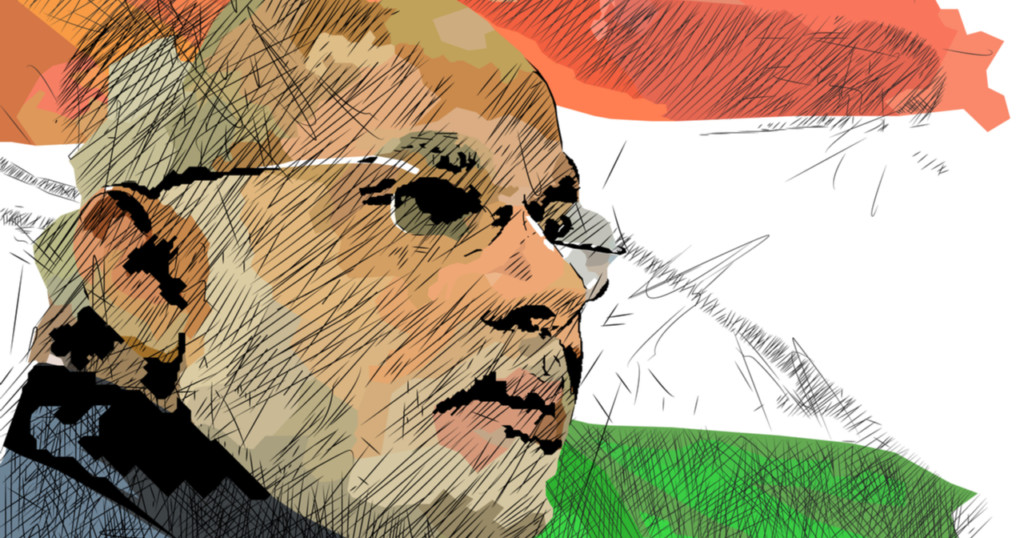 India seized upon a reality about Kashmir when it announced that it had revoked the special status it conferred on, and its previous agreements with, the Muslim-majority territory. This reality was that Kashmir’s 8 million Muslims have become the world’s forgotten people. A people that the international community can no longer summon the will to stand up against its oppressors and violators of human rights and international law. Indian security forces instantly moved into the region, as New Delhi proceeded to action its strategic aim of changing the region’s demographics and implement its new ethnic cleansing Hindu nationalist settler-colonial project. This will systematically transform settlements into mini-cities, usurping land from the Kashmiris and giving it to Hindu Indians, while Muslim citizens of this besieged state will be denied the same rights that have been afforded to their colonisers. Does this plan sound familiar? It’s probably because our minds are drawn towards the Zionist oppression in the Israeli-occupied Palestinian territories.

Decades of state-sponsored terror and militancy have ensured that a cycle of violence remains, one where the rights of Kashmiris have been repeatedly violated. The people of Kashmir have been victims of torture, threats, extortion, arrests, and killings. They have always been hostile to the presence of India’s troops on their soil and have shown strong determination in resisting the tens of thousands of killings and thousands of rapes, disappearances, and torture inflicted upon the population at the hands of these foreign occupiers. Long-standing agreements in place had afforded the Kashmiri people the right to determine their own destiny.

The dispute between India and Pakistan over Kashmir has been a searing wound for decades, with the roots of the conflict lying in their shared colonial past. Both nations fought three wars over the contested territory, whilst their previous colonisers Great Britain kept aloof from the explosive developments in the region. This conflict largely reflects a bitter and troubled legacy of British colonialism, and without a shadow of a doubt has been part of the leftovers from the decolonisation process. In fact, drawing parallels with the Palestine crisis (another legacy of British colonialism), renowned author Arundhati Roy aptly captures this development: “How carelessly imperial power vivisected ancient civilizations. Palestine and Kashmir are imperial Britain’s festering, blood-drenched gifts to the modem world. Both are fault lines in the raging international conflicts of today.” [1] The parallels between the two have never looked as ominous as they do now. Several reasons for the conflict over Kashmir have been argued, more often than not to serve globalist interests rather than the fundamental needs or desires of the Kashmiris themselves. There are many outside factors at play that have exacerbated the human rights situation in the Kashmir region.

Israel has been playing a big role in India’s escalation of the conflict with Pakistan. Modi appears to be taking a page straight out of the Israeli playbook. Critics have warned that metamorphosis in Kashmir could mirror Jewish settlements in the West. [2] Many of the Indian ruling party BJP’s aspirations and policy proposals for Kashmir are imitations of extant Israeli practices in Palestine. Key among these is the desire to build Israeli-style Hindu-only settlements in Kashmir as a way of instigating demographic change. For months, Israel has been assiduously lining itself up alongside India’s nationalist BJP government in an unspoken – and politically dangerous – ‘anti-Islamist’ coalition; an unofficial, unacknowledged alliance. India has now become the largest weapons market for the Israeli arms trade.[3] Several Indian commentators, however, have warned that right-wing nationalism under Modi and right-wing Zionism should not become the foundations of the relationship between the two countries, both of which – in rather different ways – fought the British Empire.[4]

It is pathetic that the international community is, yet again, responding to Kashmiri fears and suffering with callous indifference. Its concerns are confined to hoping that Pakistan and India do not end up nuking each other into oblivion. The history of the international community’s involvement in the Kashmir dispute is one of repeated frustration and failure. The international community has recognised that the continuous refusal of the Indian government to countenance an international role in Kashmir makes it likely that any outside efforts will be as unsuccessful as others were in the past. However, India cannot get away from the fact that Kashmir is an ‘internationally recognised disputed territory’, thereby unilaterally changing the status quo of the state is unacceptable. It is clear that the spirit of the 1972 Simla Agreement between India and Pakistan, which states that the final status of Jammu and Kashmir is to be settled by peaceful means in accordance with the UN Charter, is in tatters. It is doubtful to what extent the UN will consider using the UN doctrine of the principle of ‘Responsibility to Protect’ – the international community’s intervention to stop atrocities from taking place – in light of the many crimes against humanity committed against the Kashmiri people under cover of lockdowns and blackouts.

What is more troubling and concerning is the sheer indifference of the so-called Muslim world (Ummah), with some Arab leaders even rewarding the oppressors. Whereas the Organisation of Islamic Cooperation (OIC) has expressed its “deep concerns” and condemned “illegal Indian actions” in Kashmir, the leaders of Muslim-majority countries have been conspicuously mute or worse. This is typified by Saudi Arabia refraining from taking a position on recent developments, and the United Arab Emirates (UAE) praising New Delhi by arguing that India’s revocation of Article 370 will “improve social justice and security and confidence of the people in the local governance and will encourage further stability and peace.” Shamefully, amidst these developments in Kashmir, the ruler of UAE, Sheikh Mohammed bin Zayed, graced Modi with the ‘Order of Zayed’, the Kingdom’s highest civilian order. Similarly, the kings of both Saudi Arabia and Bahrain conferred their highest Orders on Modi on earlier occasions.

This shameful scenario of Arab leaders betraying Muslim causes is not entirely surprising. In fact, Palestinians today are torn between President Donald Trump’s arrogance and Arab indifference. Faarah Adan writes, “Arab leaders laid down the very foundations that led to the pitiful conditions in which the Palestinians exist today. The Palestinian road to peace and self-determination is hamstrung not only by Israeli aggression but also by decades of indecisiveness and the Arab leaders’ bumbling incompetency.” [5] Like Trump, Arab regimes — particularly Saudi Arabia, the UAE, and Egypt — find themselves more aligned than ever with Israel on regional priorities. Equally shameful is when 22 (mostly Western) ambassadors wrote to the UN Human Rights Council in July expressing concern about China’s mass detentions in East Turkestan (which it calls the “Xinjiang” region) and calling for “meaningful access” for “independent international observers”, another letter was delivered to the Council signed by 37 ambassadors, which included a dozen Muslim governments (including Pakistan) endorsing what China whitewashed as a “counter-terrorism and de-radicalization” operation and claimed that “the fundamental human rights of people of all ethnic groups there are safeguarded.” [6] It is not surprising that gross human rights violations have also been occurring in the Muslim world.

This trend is pointing towards a change of priorities by Muslim leaders in the modern context. What is clear is that Modi’s unilateral declaration on Kashmir fits the mould of Trump’s declaration on East Jerusalem and the Golan Heights. In this context, Modi riding roughshod over Kashmir is nothing surprising. In dealing with recent conflicts, Muslim leaders also appear to be joining the Trump/Netanyahu/Xi Jinping/Modi club in putting flesh on the skeleton of a new world order that enables civilisational leaders to violate international law with impunity. It also allows them to cast aside diplomacy and ignore national, ethnic, minority, religious, and human rights. The Muslim world’s varied response to crises that target the rights of Muslims suggest not only impotence, but also a growing willingness to sacrifice causes on the altar of perceived national interest and economic advantage. The question is whether this is an approach that would be popularly endorsed if freedom of expression in many Muslim countries was not severely restricted. The risk is that the inability of leaders to gauge public opinion or willingness to ignore it will eventually come back to haunt them. [7]