Unity of Muslims: an anti-imperialist stance 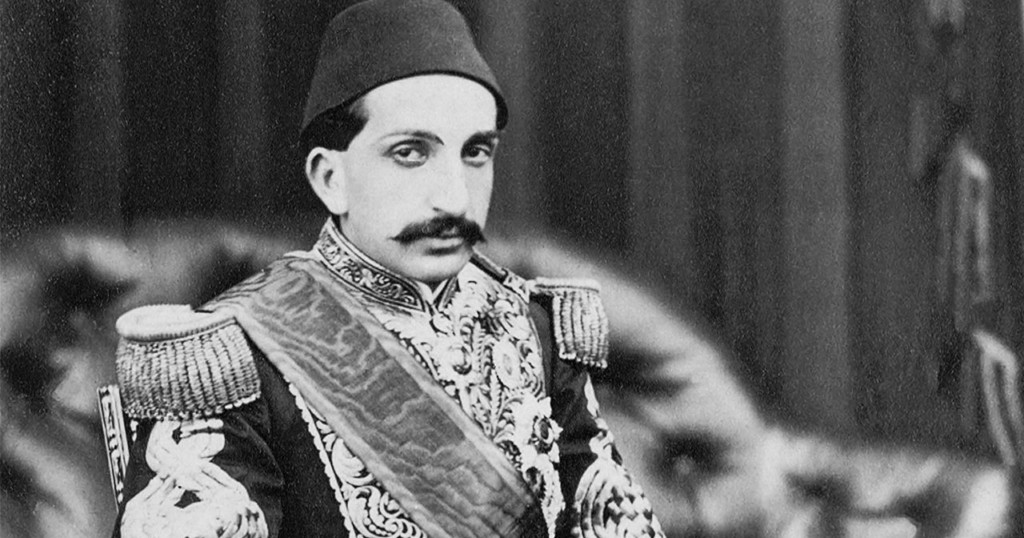 Social Sciences University of Ankara (ASBU), Turkey, held an “International Symposium on Sultan Abdul Hamid II’s Geo-strategy and Heritage” on October 4-5, 2018. The symposium obviously drew a great deal of attention at home and abroad from various prominent local and international critics of different professions. It provided scholars a chance to evaluate the Ottoman Sultan Abdul Hamid II’s geo-strategy and heritage at the turn of the 20th century and provide their varying points of view.

Sultan Abdul Hamid II (1842-1918) sagely ruled the Ottoman Empire for 33 years at a time when the state was fragile, fracturing and dissolving, particularly due to internal and external rebellions and wars during his reign.

With his wise vision and politics, the Sultan managed to stabilise the declining state for some time. Sultan Abdul Hamit II also sought to balance politics towards the West, while advocating the unity of Islam (“Pan-Islamism”) in the East. In the symposium’s opening speech, Prof. Dr İhsan Süreyya Sırma from Siirt University, Turkey, argued that Sultan Abdul Hamid II’s view of the unity of Islam was very important at a crucial time when the Empire was about to collapse in the first decade of the twentieth century. In his view, this enabled the Empire to survive for as long as it did.

Prof. Dr. Sırma also brought the topic of Islamic unity to the modern era, debating that

“if Muslims unite today, Europe cannot do harm to us…Sultan Abdul Hamid II strove to unite Muslims by sending his delegations to different parts of the world…Thus, today Muslim leaders could apply Sultan Abdul Hamid II’s view of the unity of Islam to stand up against the overt and covert imperial interferences and assaults on Muslims.”

Historians generally agree that the old colonial or imperial period came to an end after World War II, leaving behind a nasty legacy blended with exploitation and blood and tears in Asia, Africa, the Caribbean and Latin America. The former colonial and imperial powers have since never abstained from their previous colonial desires. Since then, they have espoused new furtive strategies to make it seem they have desisted but have actually sustained their clandestine ambitions to control the former colonised countries, alongside new ones. For Kwame Nkrumah,

“The essence of neo-colonialism is that the State which is subject to it is, in theory, independent and has all the outward trappings of international sovereignty. In reality its economic system and thus its political policy is directed from outside.”

These policies constantly shift in line with the spirit of the time, as well as with the dimension and form of interest. Neo-imperial powers, for instance, are experts at bringing developing countries, particularly Muslim countries, under their control through their administrators in that they covertly back the leaders who are their sympathisers. Once these leaders come to power, they obviously obey the implicit instructions of neo-imperial powers and serve their self-interests. This is seen in many countries in the Middle East, Far East, Africa, and Latin America.

Moreover, the International Monetary Fund (IMF), World Bank (WB) and many other unseen institutions seem to “provide loans to developing countries for capital programs.” In the first instance, this may appear naïvely to be a humanitarian activity to help financially poor countries improve themselves. Regrettably, these developing countries end up falling into a debt trap and are squashed under the high interest rate and inflation, and eventually they are doomed to follow the orders of those from whom the credit came. We witnessed this starkly in Egypt and during the 2003 American invasion of Iraq.

Unfortunately, those countries that are disinclined to loans from the IMF have to risk finding themselves in chaos, suffering instability through treacherous plots set out by imperial powers. Also, new imperial powers create and support various real and imaginary terror groups to make room for their manoeuvring in the places they want to control. Ridiculously, the very planters of these terror groups will seek to eliminate them to impart the impression that they are concerned about human rights, peace and democracy despite a very different agenda.

In Joseph Conrad’s novel Heart of Darkness, by having these terror groups fight each other or undermine security in the countries where they are created, imperial powers habitually generate pretext to interfere with or invade as in Afghanistan and Iraq. For instance, the regions extending from Afghanistan to Iraq and Syria are all under the overt control of imperial powers, often through the use of physical power and sometimes through the help of their local representatives. This has gone on for several decades under the pretext of terror groups such Al-Qaeda and the Islamic State of Iraq and the Levant (ISIL). Everyone, though silent, clearly knows the origins of such groups and most will understand why they exist.

In other occasions, imperial powers explicitly support certain proscribed terrorist groups in the Middle East. Support for the outlawed Kurdish Worker’s Party or PKK and the Democratic Union Party or PYD with supplies, ammunition and heavy weapons have sought to destabilise countries like Turkey. Their ultimate purpose is to exploit—without facing resistance or obstacle—underground and overland resources such as energy, gas and oil, nourishing their greed and enabling their empire to grow larger. It is because of this irresistible motivation that the Middle East has turned into a place of severe conflict between the diverging forces of east and west, giving rise to chaos and instability, as well as unjustified civilian casualty.

Sectarian Conflict in the Muslim World

The neo-imperial powers constantly blaze out the sectarian strife among Sunnis, Shiite and Alawites to further destabilise and create inextricable chaos and misery in the Muslim world. Muslim groups and sects are regrettably deceived at the expense of the divine messages of the Qur’an and the Prophet’s Sunnah which state that Muslims are brothers and sisters in Islam.

Unfortunately, today the Muslim world is in complete disarray – conflicts, chaos, poverty, injustice, corruption, ignorance, nepotism, backwardness, killings, and so on. The ongoing conflict between the Shia-majority government and Sunnis in Iraq has caused the deaths of thousands of innocent people in vain. The war between the Iranian backed Houthi fighters and Saudi backed groups in Yemen has created troubling scenes of starving and wounded women, children and elderly and nobody knows when it will end.

Why is the sectarian conflict necessary for new imperial powers?

Imperial powers are the main beneficiaries of sectarian clash and make use of it by applying the famous policy of “Divide and Rule” or “Divide and Conquer”, a technique heavily refined and practiced by the British Empire in India and elsewhere. Sectarian strife weakens Muslims in the Middle East and elsewhere because it prevents them from coming together to develop new improvement strategies, living standards, unification of resource, unification of strength and strategies against exploitation and intrusion. Sectarian skirmishes also increase grudges Muslims hold towards one another and thus blind them to their divine responsibilities. What is also equally important is that sectarian strife also paves way for new imperial powers and makes their job easy. Sectarian strife, thus, leads Muslims, sometimes without awareness, to falling victim to the overt and covert policies of imperial powers. As long as such conflict persists, so will exploitation and the plundering of natural resources.

Solution: the Unity of Muslims

The possible solution to the sectarian strife lies in the unity of Muslims. In this respect, Sultan Abdul Hamid’s II effort in this regard, as well as the General Islamic Congress held on December 10, 1931, are of vital importance. Decisions taken at the congress could be employed today to spread Islamic faith and values, irrespective of ethnic origins or sectarian differences. Headed by the Jerusalem Mufti Haci Emin el-Huseyni in Jerusalem, the congress, which included 153 Sunni, Shiite and Alawite participants from more than 22 countries such as Turkey, Syria, Iran, Iraq, Palestine, Tunisia, Libya, Egypt, Yugoslavia, Indonesia, and East Turkistan, took significant decisions, two of which were of crucial importance and modern applicability:

With the participation of all Muslims, a regular and general congress will be organised, and it will be called “Islam General Congress.”

a) To spread Islamic faith and values without paying attention to the ethnic origin and sectarian difference and of increasing cooperation and strengthening brotherhood among Muslims.

b) To Support the benefit of Muslims and defend the holy lands and places against any kind of attack.[1]

What Sultan Abdul Hamid II put forwarded and what the General Islamic Congress suggested almost 100 years ago indicate what the Islamic world needs today most to enable a robust stance against new imperialism. Sunnis, Shiites and Alawites should keep in mind what Alastair Sloan and Marwan Bishara quoted in their Aljazeera articles from the former US President Jimmy Carter:

“Any attempt by any outside force to gain control of the Persian Gulf region will be regarded as an assault on the vital interests of the United States of America, and such an assault will be repelled by any means necessary, including military force.”

The effort towards Muslim unity is not an attempt to create multipolar cultures and worlds as Samuel P. Huntington claimed in his 1992 article published in Foreign Affairs under the title of “The Clash of Civilizations.” Today, what Muslims yearn for is a world in which there is no exploitation, injustice, atrocity, treachery, enslavement or sectarian tension. Rather, Muslims yearn for peace, justice, equality, brotherhood and fair distribution of income. A Muslim wholeheartedly believes that in the absence of new imperial exploitation, the world and its sustenance are definitely enough for the sustenance of life.

It seems utopic and romantic, yet when prudent and courageous Muslims and non-Muslims unite in their vision and action, the new world will definitely come true, even if it makes new imperial powers very afraid.

[1]Full text of the congress and its articles can be accessed on http://www.martinkramer.org/sandbox/wp-content/uploads/2012/02/Eleven.pdf, http://www.akradyo.net/2971112273,60844,6,ISLAM-GENEL-KONGRESI-BEYANNAMESI.aspx