Do not be a trial for wrongdoers 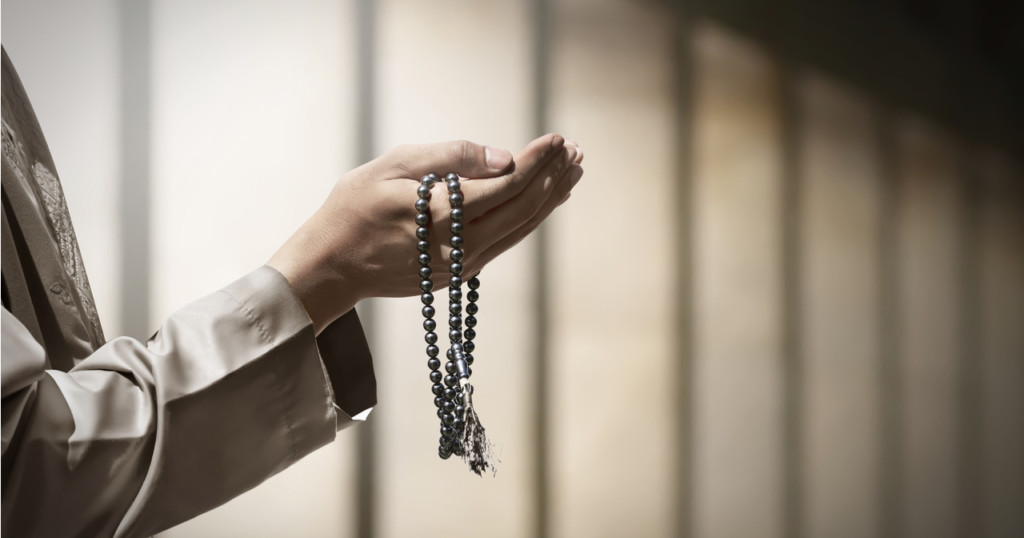 “Our Lord, do not make us a trial for the wrongdoing people. And save us by Your mercy from the disbelieving people.”[1]

This Du’ā has a context which must be appreciated if the Du’ā is to receive similar appreciation by our hearts. The context dates back to the time of Prophet Mūsā (ʿalayhi al-Salām) when he had been commissioned by Allāh with the biggest task of his life: to approach the world’s most feared tyrant – the pharaoh – with an invitation to Islām.

The pharaoh’s grip of Egypt had become so tight that he’d eventually find the audacity to proclaim Godhood, and amazingly, none found the courage to challenge him. There were only a few people who had accepted Islām with Prophet Mūsā out of fear of the establishment’s ruthlessness.

This verse appears in the build-up to the Du’ā above. Mūsā’s role, particularly during the initial phase of his prophethood, was to reignite the flames of courage that had abated within the hearts of his community. Yes, confronting the pharaoh meant that enormous challenges will be awaiting, but Mūsā strove to nurture within them the certainty that no hand can be above Allāh’s, and that His planning will always reign supreme. Just as our Prophet Muhammad (sallAllāhu ʿalayhi wasallam) raised his companions early in Makkah in secret, preparing them for the challenges ahead, Prophet Mūsā (ʿalayhi al-Salām) was doing the exact same thing.

“And Mūsā said to his community, ‘If you truly believe in Allāh, then place your trust in Him if you are true Muslims’.”[3]

He is telling them that your belief in Allāh, if it is true, must give birth to reliance upon Him. Notice how, for further emphasis, prophet Mūsā repeats the condition twice; “if you truly believe in Allāh (the first), then place your trust in Him if you are true Muslims (the second)”.

Thankfully, the response from his community was a very positive one and they replied without hesitation:

“Upon Allāh we have relied! Our Lord, do not make us a trial for the wrongdoing people. And save us by Your mercy from the disbelieving people.”[4]

What is noteworthy is how Mūsā’s followers first declared their reliance upon Allāh before then making their Du’ā. Reread the Du’ā above.

Commenting on this, some scholars have said:

“The fact that their Du’ā was preceded with a declaration of reliance upon Allāh is a subtle indication that the maker of Du’ā should build it upon complete reliance upon Allāh, for it will be a greater means of having the Du’ā answered.”[5]

Making Du’ā with a heart that oscillates between certainty and doubt, with the “I’ll give it a shot” mentality is a negative sign regarding where our Du’ā stands in the Eyes of Allāh. Rather, as the Prophet (sallAllāhu ʿalayhi wasallam) said:

“Call upon Allāh whilst you are certain that He will answer.”[6]

As one poet said:

“I place my hopes in Allāh until I reach a state where, because of my good expectations of Him, I can see what He shall give me.”[7]

“…Our Lord, do not make us a trial for the wrongdoing people…”

What does this actually mean? How can we be a trial for wrongdoing people?

The first understanding: O Allāh, do not allow the wrongdoing people to persecute us in our Dīn thus exposing our faith to fitnah (trials).

With this understanding, it becomes clear just how key this Du’ā is particularly for Muslims as minorities where the upper hand may be against them.

The second understanding: O Allāh, don’t allow them to overcome us, as our defeat will cause them to believe that had we been upon the truth, we wouldn’t have been overcome.

In such a scenario, the defeat of Muslims will cause their enemies to believe that they are upon the truth, as their understanding is, if God allows you to be defeated, then it must mean that your religion is falsehood. This, of course, is not our understanding as Muslims in the least, for Allāh may allow defeat upon the Muslims for countless reasons of wisdom.[8]

“O Allāh, protect us from behaving in ways that will put people off Islām.”

“O people! Some of you are turning people away from Islām!”

Abū Mas’ūd said: “The narrator of this incident, said: ‘In my life, I have never seen the Prophet (sallAllāhu ʿalayhi wasallam) as angry as he was during that sermon’.”[9]

If this was the Prophet’s (sallAllāhu ʿalayhi wasallam) reaction against Mu’ādh when his only crime was an excessively long prayer in congregation—yes, prayer—how then would he have reacted to what some of us are doing today as we turn people away from Islām via actions that do not compare with prayer? Those who have made their sins public, whose business transactions are impermissible, whose dress code sets the worst of examples, whose hijāb is perhaps non-existent, whose language is vile, whose weekends are of smoke, intoxication and sin? What type of fitnah does such a Muslim pose to the faith of people as they say “If your religion was going to work for me, it would have worked for you”? Then, when your name is brought up during their interrogation before Allāh, what excuse can there be if you were the reason why they were disinterested in Islām?

Furthermore, take another glance at the Du’ā of Prophet Mūsā’s followers, and yet another gem will be uncovered.

The followers of Mūsā (ʿalayhi al-Salām) are afraid, many challenges lie ahead of them, a confrontation with the Pharaoh seems imminent, and they and their families are under genuine threat, yet in spite of these factors combined, they make Du’ā for others before making Du’ā for themselves, not wanting others to go astray because of them;

“…Our Lord, do not make us a trial for the wrongdoing people…”

Only after they made this Du’ā did they then say:

“And save us by Your mercy from the disbelieving people”

This truly does speak volumes about the mind-set of a believer.

If your religious matters are in place, then every other matter comes second place and every other loss is bearable. This is why the Prophet (sallAllāhu ʿalayhi wasallam) would say in his Du’ā:

Beware of allowing society, culture, social media, friends, or their like, to ever change that arrangement.

2: Beg Allāh to keep you safe from fitnah

The followers of Mūsā (ʿalayhi al-Salām) sought refuge in Allāh from being a means of fitnah to others and from being the subjects of fitnah themselves. At a time when the pull to sins is more intense than ever before and accessibility is unrestricted, there can be no safety save for those who have been chosen by Allāh. This is the time, therefore, to memorise this Du’ā and implore Allāh with it from the bottom of our hearts.

“Seek refuge in Allāh from fitnah, the outward and the inward.”[11]

The inward fitnah includes rejection of faith, envy, showing off, self-admiration, confusion, loss of interest in Islām, and their like. As for the outward fitnah, this includes the fitnah of the opposite gender, trials that come with children, fame, wealth, and so on.

We ask You, O Allāh, to safeguard us and our children from fitnah, the outward and the inward.

[6] Al-Tirmidhi, on the authority of Abu Huraira

[10] At-Tirmidhi, on the authority of Ibn ‘Umar

[11] Muslim, on the authority of Zaid b. Thābit