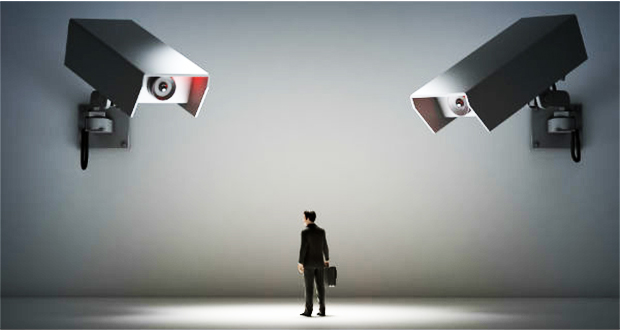 A decade on from the 7/7 bombings the country is still feeling the effects of the impulsive reaction by the then Labour Government.  The PREVENT Strategy was claimed to be created in response to the 7 July 2005 attacks. The current Conservative Government wished to follow the domestic terrorism policy of their predecessors, with its plans to introduce another piece of counter-terrorism legislation when it announced its “extremism bill.” This will be the twelfth piece of terrorism legislation since the turn of the century. It follows on directly after the draconian Counter-Terrorism and Security Act, [1] [2] which put the PREVENT Strategy on a statutory footing.

Also read:
Muslims “Quietly condone Terrorism”—a desperate lie
“Extremism” does NOT cause terrorism
The Muslims have come
How the government makes you a terrorist without ever arresting you
MayCarthyism: is Britain becoming a police state?

The powers amassed by successive governments since then have ebbed away at fundamental legal principles such as the presumption of innocence. Ideals such as open justice have been replaced with secret courts and secret evidence.[4]

The extremism bill follows that trend. The proposed piece of legislation includes allowing the Home Secretary to ban extremist groups through banning orders and the use of employment checks to see whether a prospective employee could be an extremist. The legislation would also introduce extremism disruption orders which give law enforcements official powers to stop individuals who engage in extremist behaviour.

It is clear from previous Conservative Government rhetoric, the extremism bill is aimed at the Muslim community. However, this is veiled as a threat from so-called Islamist extremism. As Theresa May highlights “We have been clear all along that the Government’s counter-extremism strategy must seek to defeat extremism in all its forms, but it’s obvious from the evidence that the most serious and widespread form of extremism we need to confront is Islamist extremism.”[5] These “Islamists” she speaks of is any Muslim which does not follow the status quo. She would rather the Muslim community be subjugated, subservient servants rather than speak truth to power and hold the government to account.

The powers outlined above pose a number of problems. Firstly, there is not a suitable, working definition of extremism. There is not a consensus upon which someone could be branded an extremist based on their thoughts and opinions. Theresa May embarrassingly tried to define extremism on BBC Radio 4.[6] When pressed to set out a suitable definition, she talked about “British values”. This was branded as “woolly” and “puzzling” by presenter John Humphreys. [7] [8]

Secondly, the use of extremism disruption orders is vague. It is proposed to be used by the police to constrain “harmful activities” of an individual; this includes “a threat to the functioning of a democracy.” The ambiguous nature of such a provision is especially concerning. What could this include? Would the measures be applicable to someone who advocates non-voting be considered as “a threat to the functioning of a democracy”? Would someone like Russell Brand, who for much of the election run-in elucidated on reasons why not to vote, be branded as an extremist?

Terrorism laws have long been concerned with the prevention of crimes and with initiatives like the PREVENT Strategy; have looked to manipulate behaviour which may lead to crime, to ensure no crime occurs. This has led to an invariably pre-crime society. This phenomenon of pre-crime was coined in Philip K Dick’s story The Minority Report.[9] The basic premise of the story is that the police arrest citizens for crimes before they are committed based on mutants seeing into the future.

In modern security parlance, this refers to calculating the risk posed by an individual and to prevent the possible future harm. This is done in the name of national security. Most terrorist offences have moved away from the principle delinquent act into this pre-crime realm.

An era of pre-crime affects the presumption of innocence.  As Anderton, the chief of the Pre-crime agency in The Minority Report explains “in our society we have no major crimes… but we do have a detention camp full of would-be criminals.”[10] This is echoed in the chilling words of Prime Minister David Cameron when he proclaimed that “For too long, we have been a passively tolerant society, saying to our citizens: as long as you obey the law, we will leave you alone.”[11] It would appear obeying the law will no longer be enough.

However, this pre-crime strategy has existed before the introduction of the extremism bill. Pre-crime can be seen in pieces of legislation such as section 58 (1) of the Terrorism Act[12] which makes it a criminal offence to collect or make a record of information likely to be useful to a person committing or preparing an act of terrorism or possessing a document or record containing information of that kind.

Or the “glorification of terrorism” as legislated for in section 1 of the Terrorism Act[13] which prohibits the publishing of “a statement that is likely to be understood by some or all of the members of the public to whom it is published as a direct or indirect encouragement or other inducement to them to the commission, preparation or instigation of acts of terrorism or Convention offences.”

Temporary Prevention and Investigation Measures[14] (TPIMs) and their precursor control orders further display the use of punitive punishments without having reached the threshold for a conviction. TPIMs are applied before someone has attempted to commit a criminal act. This person can be subjected to relocation, limitation of movement and association and a restriction on the use of technology. These citizens do not have the presumption of innocence, fair trial rights or the right to silence. They are subjected to such punishments without having been convicted of committing a criminal act.

States have an obligation to protect their citizens, even from arbitrary abuses of the state’s own powers. The extremism bill will invariably punish any speech which is not conducive to the government’s narrative. The rule of law relies on there being a presumption of innocence; this is the idea that no one can be subjected to punishment without having been convicted by a court of law.

In the pre-crime society we live, where citizens are subject to measures outside the criminal justice system, it would appear that the rule of law has been reversed in cases of terrorism, where one is judged as guilty before innocent.  The government should reflect on the policies which have been implemented since the 7 July attacks. They should heed the caution of Anderton when he states “We’re taking in individuals who have broken no law.”[15]

[5] Theresa May, ‘A Stronger Britain Built On Our Values’ The Government (23 March 2015) <https://www.gov.uk/government/speeches/a-stronger-britain-built-on-our-values>

[14] As established by Terrorism Prevention and Investigation Measures Act [2011]