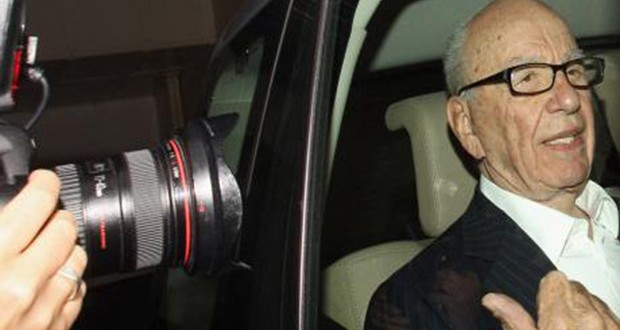 Murdoch: End of a Dictator

As the Murdoch empire crumbles around Rupert and his executives, the world watches on as the News of the World newspaper is finished, Fox is under review in America, and Rupert’s hopes of full ownership of BSkyB are dashed. Even the British parliament is united in diminishing the power of Murdoch with the leader of the opposition Ed Miliband calling for the breakdown of Murdoch’s empire, and Murdoch having to meet with a Parliamentary select committee concerning the affairs of News of the World, and possibly News Corp.

However, no matter how powerful we assumed Murdoch was or is, it is the sunnah of Allah not to allow any single person or ideology, especially if he or it is anti-Islam, to retain dominance for a long period of time. Allah says,

“And if Allah did not check one set of people by means of another, the earth would indeed be full of mischief. But Allah is full of Bounty to the ‘Alamin (mankind, jinn and all that exists).”[1]

This verse provides us with utmost confidence in Allah that he will always come to our aid, and thus, we are to rely on Him at all times.
.
Rupert Murdoch has no doubt been in control of what we hear and read about, as well as the fact that most politicians consider it political suicide to criticise him.[2]  It is, in this way, that public opinion is effectively controlled by one man and his whims. Besides being an advanced and particularly modern form of dictatorship, one wonders how the British nation has been succoured for so long by the deceptions of the Murdoch enterprise. How has this country allowed this to happen; were the government a part of the conspiracy or is their ignorance merely a show of how neglectful they are in regards to the welfare of this country? No one can predict the end of this scandal or who is involved in it. However, there is no doubt that Murdoch’s octopus-like empire will have its arms of influence extended all over the place.
Indeed, the fall of NoW has exposed a number of things: that the police were paid off, that the Prime Minister David Cameron employed NoW editor Andy Coulson to operate at the heart of the government and then laughed at Ed Miliband for wanting to restrict the power of Murdoch, and that to some extent, the entire country has fallen prey to the rotten values espoused by News Corps.[3]
The fall of dictators, whether in the Middle East or the west, reveals that a number of major global changes are likely to happen in the coming few years. Not only have some of the tyrants of the Middle East fallen, but the Islamophobic media moguls who have more power than governments themselves are being exposed. Indeed, the will of Allah is truly incredible: the Tunisian regime followed by the Egyptian one fell because of a poor trader Bu Azizi, and this empire now may fall because of NoW’s bugging of Milly Dowler’s phone.
We must note that if such groups of people have taken to be dealing with one another in such unethical ways, then their treatment of Muslims can only be left to the imagination. Media moguls such as Rupert Murdoch must be overcome, we must work to rid them of their power by which they spread deception and misrepresentations so that the public comes to know the truth instead of the strategically thought-up lies we see on the news every day. Indeed, such a struggle is at the heart of enjoining in good and forbidding evil, and if we sit around idly, perhaps Allah may visit upon us what has already happened to them. Allah says,

“If only there had been among the generations before you, persons having wisdom, prohibiting (others) from al-Fasad (disbelief, polytheism, and all kinds of crimes and sins) in the earth, except a few of those whom We saved from among them. Those who did wrong pursued the enjoyment of good things of (this worldly) life and were criminals.”[4]

Islam21c requests all the readers of this article, and others, to share it on your facebook, twitter, and other platforms to further spread our efforts.
[1] Qur’an 2:251
[2] See: http://www.guardian.co.uk/commentisfree/2011/jul/17/andrew-rawnsley-ed-miliband-murdoch
[3] See: http://www.guardian.co.uk/commentisfree/2011/jul/13/deborah-orr-phone-hacking
[4] Qur’an 11:116