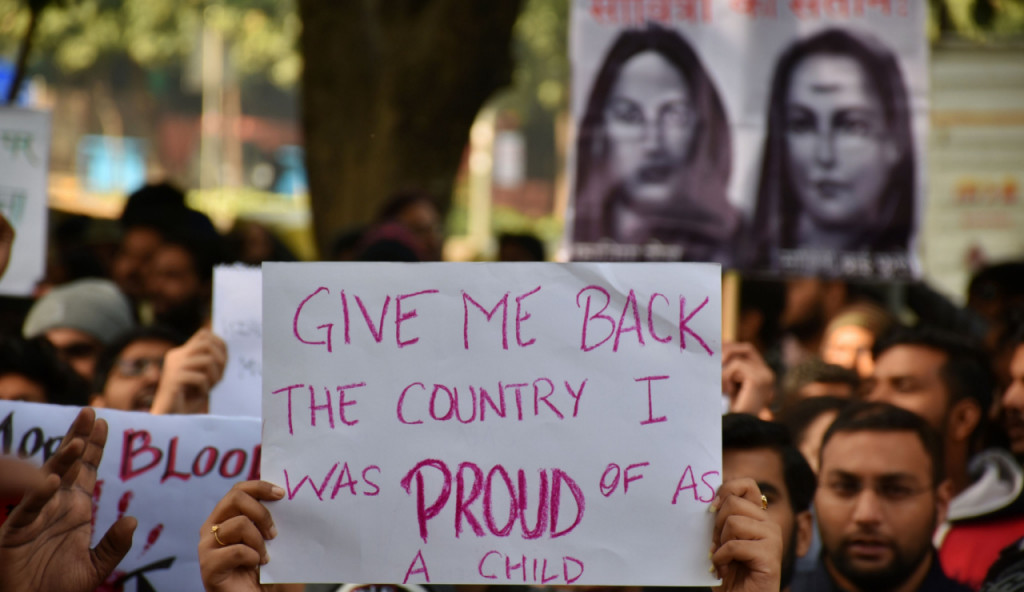 On Saturday a group of Rashtriya Swayamsevak Sangh (RSS) Hindutva thugs reportedly marched through the streets of Leicester taunting, provoking and attacking the local Muslim community.

The Rashtriya Swayamsevak Sangh (RSS) was founded 94 years ago by men who had found influence and admiration in Mussolini’s fascists. The RSS is known as the holding company of Hindu supremacism, Hindutva. Hinduism is a religion that does not have a central hierarchy and there is no organised clergy. Due to this the RSS has taken it upon itself to become the arbiter of theological meaning and the architect of a Hindu nation-state.[1]

This escalation of Hindutva violence follows a string of attacks against non-Hindu people and properties in recent weeks and months. In May 2022 a young Muslim teen was reportedly beaten up by more than 30 Hindutva extremists in an unprovoked attack. In August 2022 a Hindutva mob was seen chanting “Death to Pakistan” following the India vs Pakistan cricket game. The mob also attacked a Sikh man and a police officer.[2]

It is important to note, the rising tensions between the Hindutva and Muslims in Leicester is not due to a recent cricket match as some outlets are disingenuously spinning.

The mob were also seen carrying weapons, including knives, before violence broke out and they began reportedly attacking the local Muslims. The masked Hindutva mob was also allowed to march for around 2.5 miles before they began attacking Muslims by Green Lane.[4]

According to a local Muslim, Majid Freeman,

The Hindutva mob were not representatives of Hinduism nor the Hindus living in Leicester. As Leicester resident Jahangir Akbar said:

The problem is the rise in extreme ethno-nationalist RSS, Hindutva influence that are fuelling these attacks. Attacks could have been de-escalated had the police blocked the march, as they can under Section 60 of the Criminal Justice and Public Order Act 1994.[6] But despite Muslims going to the police to seek help, they were reportedly told that there would be no demonstration and that the police had it under control.

Later on in the day emerged reports that the Hindutva mob embarrassingly found themselves surrounded as word quickly spread across the Muslim community who then came out in their hundreds in a counter protest reportedly to protect local properties and people from attacks.

Both Hindu and Muslim leaders and organisations in the Leicester community have issued pleas for calm and have warned against escalating tensions.

“Do they think they’re in India?”

The violence has been described by commentators as an overspill of years of built-up state-sponsored anti-Muslim hysteria by India’s ruling RSS ideology-espousing BJP party, infamously responsible for a litany of oppression against Muslims and other minorities.

Over a decade ago, WikiLeaks revealed that Rahul Ghandi, an Indian MP, remarked to US Ambassador Timothy Roemer that the RSS was a “bigger threat” to India than Laskhar-e-Tayiba, a proscribed organisation that operates against India in Pakistan.

Moreover, the ethno-nationalist government in New Delhi has monopolised the global clarion call of “counter terrorism” to silence any questions on their violence against Muslims. They have reportedly used laws such as the Unlawful Activities Prevention Act to frame Muslim attempts to attain justice as part of an “insurgency”.[7]

This is not to mention the countless acts of violence that Muslims have faced. In 2002 11 Hindu men were convicted of the gang-rape of a pregnant Muslim woman and murder of 14 members of her family, including her three-year-old daughter who died after her head was smashed against the ground. Despite their heinous crimes the BJP recently cut their sentence short and freed them after having only spent 14 years of their life sentences.[8]

Furthermore in 2019, the BJP government released new legislation, the Citizenship Amendment Act (CAA) and National Register of Citizens (NRC). Both bills offer protection of citizenship rights for illegal migrants except for Muslims and some other minorities. The bills sparked mass protests around the country and resulted in the detention of thousands and killing of innocent protestors.[9]

The Case for BDS against the BJP

India Is at a Crossroad

[1] How Hindu supremacists are tearing India apart | India | The Guardian

[2] What caused the recent community tension in Leicester? – 5Pillars (5pillarsuk.com)

[9] India: The Becoming of a Fascist and Islamophobic State – Islam21c