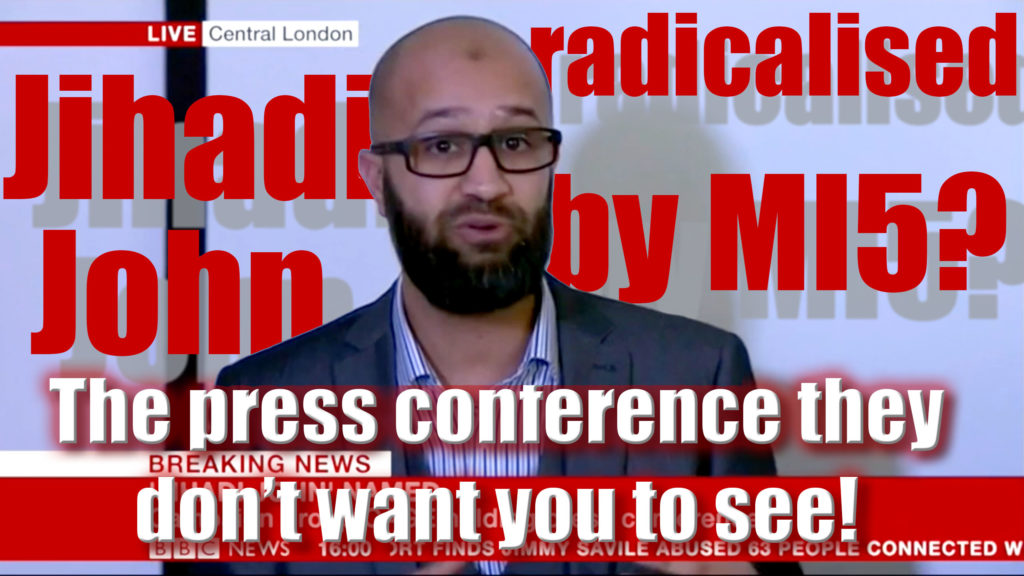 What follows is a press conference organised by London-based advocacy group, CAGE. The recent revelations of “Jihadi John” *allegedly* being Muhammad Emwazi, a previously ‘kind and gentle’ computer programmer from London who was harassed by the British security services for several years, have caused quite a stir.

The revelations in the video are shocking to those who have hitherto been unaware of the security services’ “unwholesome practices”, but it represents a rare occasion where such damning information slips through the editorial net in the mainstream media.

The first few minutes were cut out, apologies. If anyone has a link to it from anywhere else please share in the comments. More info can be found on CAGE’s website, http://cageuk.org.

Anyway, the BBC—being a mouth-piece for the political and security establishment—eventually recognised, quite awkwardly, their blunder of accidentally letting someone take apart the false narratives surrounding terrorism, national security and individual liberties. They proceeded to try to describe CAGE as “controversial” and the *facts* expressed as “bizarre”, and so on.

Whatever happens next, it does seem that we are at a crossroads. Some will try and brush this whole episode under the carpet and tell people to ignore it and carry on about their lives, whilst others will use this to hammer the final nail in the coffin of the outdated and exhausted “conveyor belt” to violent extremism fairy tale.