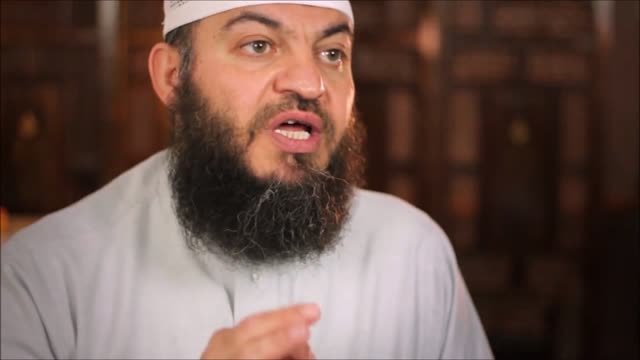 “I’m an academic who has studied Islamic jurisprudence not a hate preacher. Much of the media have been accepting the official government narrative uncritically for far too long. We’re told many times that preachers of hate radicalise people and my name is often mentioned. This is nonsense. Let me remind you of some of the things I have said that are never reported by the media. I refuted IS from the beginning. I do not believe they represent Islam or an Islamic state. I have criticised them many times[1][2]. It is ridiculous to suggest that listening to my lectures would turn someone into an IS fighter or a terrorist. This is the conveyor belt theory pushed by the government. The idea that someone who holds socially conservative views radicalises people is a convenient myth. The media have been pushing this narrative uncritically.”

“I was warning young Muslims about getting involved in the Syria conflict a long time ago[3]. My message has been clear. Help financially with the humanitarian crisis but do not go and fight there; you will make the situation worse. I also publically appealed for the release of Alan Henning.[4]”

In relation to the postponement of the event at the University of Westminster he said:

“I strongly believe the views I hold represent normative Islam and that I should have an equal right to free speech as anyone else. A petition backing the event received more support than the opposing petition [5], yet this has not been reported.”

On the issue of the media reporting of Jihadi John he said:

“To mention my name in connection with the so called ‘Jihadi John’ is nothing short of disgraceful media reporting. What we have is a guilty government looking for someone to blame for its reckless foreign policy and the disgusting behaviour of its security services. If you want to know what radicalises people the media needs to focus there.”