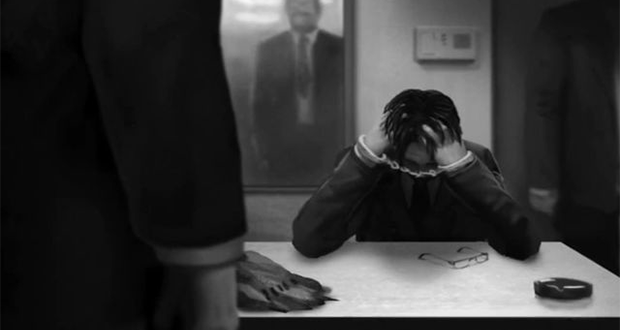 The Washington Post recently released allegations that the identity of ‘Jihadi John’ is a British man named Mohammed Emwazi.[1] In this article Emwazi is described as having ‘started to radicalize after a planned safari in Tanzania following his graduation from the University of Westminster’.[2] Amid this shocking possibility is the rising question of why a person who has grown up in the UK, such as Emwazi, would leave this country, seeking belonging elsewhere. Springing to mind are popular theories such as the conveyor-belt theory and other such tunnel-visioned models of explanation of what takes young, mild-mannered Britons to such extremes. Indeed, the article in The Washington Post details Emwazi as ‘adhering to the tenets of his Islamic faith. He had a beard and was mindful of making eye contact with women [he also] on occasion prayed at a mosque in Greenwich’.[3] Very little else is given regarding Emwazi, as if this is sufficient proof of the validity of the conveyor-belt theory! And yet, the case of Mohammed Emwazi is not as clear-cut as is being made to seem.

In response to this article, Cage UK representatives hosted a press conference releasing the first extensive account of the journey of Mohammed Emwazi.

“The Washington Post published an article claiming to have the identity of Jihadi John. They came to us with this information that they used to inform this article. We could not verify whether it was or it wasn’t Jihadi John. But, the person they were accusing was an ex-client of Cage that we had last had contact with in January 2012; prior to that we had dealings with him for two years.”[4]

During these two years Mohammed Emwazi maintained a correspondence with Cage. His desperate e-mails are documented, wherein he describes the alienation, suspicion and harassment he endured under the hands of British security services.[5]

“Mohammed Emwazi first came to CAGE in 2009 after being detained, interrogated and recruited by Mi5 on what was meant to be a safari holiday to Tanzania. Thereafter, the harassment continued and intensified which led to him losing two fiancées, his job and new life in Kuwait. The harassment and abuse he suffered, was all without criminal charges ever being brought against him, with the legal remedies available to him failing, he attempted to start a new life abroad in Kuwait only to be blocked by the UK security agencies, continually.”[6]

To those he met with and shared a correspondence, Emwazi was a polite young man. He was greatly appreciative of the legal advice Cage offered him and is said to have been persistent in seeking all legal avenues available to him to resolve his situation.

“This is the kind of person that we’re talking about. So, this is why, when I am asked ‘Is the person you see in those videos the same as the person you remember, Mohammed Emwazi?’ it is difficult for me to say ‘Yes, these two people are exactly the same.’ Because there is one character I remember […] one young, kind person that I remember, then I see that image, and there does not seem to be a correlation between the two”.[7]

We must ask the question: “Did his harassment at the hands of Mi5, his marginalisation because he is a Muslim man, and the way that he was treated, which was unfounded, play a role in his “radicalisation”?”

If Mohammed Emwazi is indeed Jihadi John, then there is no denying the accountability he holds, as an individual, for his actions in any crimes in which he has been complicit. And yet, there are many different layers of accountability. It is necessary, and just, that, in the words of Asim Qureshi, ‘there be a proper accountability process for the way in which our security agencies have played a role in this young man’s life that has led him to feel like he can no longer continue to exist in the UK’. During the press conference Asim Qureshi raised this very point, which resulted in his being accused of sympathising with Jihadi John. He reiterated, however, that:

‘Anyone, anywhere, who is involved in war crimes, in torture, in detention […] should be held accountable for it’.[8]

But, I digress. What is relevant here is that there is evidently a problem. If Emwazi is indeed Jihadi John, then something changed in his life for him to turn to barbarity and violence. It is imperative that we recognise that individuals are never completely good or completely evil forever. Situations occur, experiences happen, for them to develop into who they are. It is our responsibility to bring an end to the black and white world ideology being promoted, where Muslim-equals-extreme-equals-radical-equals-violent-equals-terrorist. According to a recent report by Arun Kundnani, ideology is not a causative factor in terrorism. Rather, it is incidental. Empirically, factors such as “despair, alienation and disenfranchisement in the face of political grievance” do far more than ideology when it comes to causing terrorism.[9]

It is the tendency of interested groups to whitewash the role that security agencies play every time they are involved in rendition, torture and arbitrary detention. This will likely result in the complete loss of faith in any of our institutions. Without due process in accountability, models such as the conveyor-belt theory will continue to be pushed forward. But this theory is flawed and unsustainable.

There is an increasing number of scholars sceptical of the concept of radicalisation and its implication that radical ideas produce terrorist violence. Marc Sageman, for example, has moved away from his earlier emphasis on religious ideology as a significant factor in causing terrorism. In 2013, he suggested that governments should “stop being brainwashed by this notion of ‘radicalisation’. There is no such thing. Some people when they’re young acquire extreme views; many of them just grow out of them. Do not overreact – you’ll just create worse problems.”[10]

In fact, there is more evidence of a conveyor belt causing people to carry out politically motivated crimes through the harassment and intimidation from the security services leading to anger, alienation and despair. Arguably, they are the ones jeopardising and compromising the security of this country.

Upon reflection of the Cage Press Conference on Mohammed Emwazi and the increasing deference to the conveyor-belt theory as an explanation for the atrocities occurring around the world, it is evident that what is necessary is an education and open illustration of the causes of the disillusionment, and subsequent detrimental decisions, of such individuals. We cannot simply rest on the idea that fully functioning members of our society, for no apparent reason, and no other motivation than being young and full of ‘hot air’, are turning to violence.  This article neither encourages, condones nor justifies the acts of Jihadi John, rather it seeks to analyse the route to radicalisation taken by men such as he. We must search for the root of the problem, and we must accept accountability where it is due. And we must work towards a solution and viable option for people, such as the Mohammed Emwazi of 2009, who are unjustifiably harassed, alienated, and caged by their own country’s system.

As Cage’s Cerie Bullivant, who was himself subjected to harassment by security services, eloquently put it,