What Do Influential British Muslims Believe? 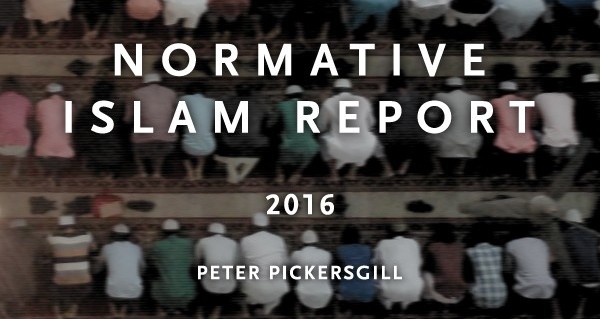 “Normative Islam Report”: A study of the religious views of influential British Muslims

Results from a survey of Influential Muslim scholars, leaders and activists from different schools of thought across the UK were released today.[1] The survey was supported and endorsed by many Muslim organisations including Islam21c, and many of the most-read authors took part directly in the survey. It was carried out by British Muslims news site 5Pillars and market research specialists Pickersgill Consultancy & Planning (PCP).

In recent times, due to both shrewd political tactics and remarkable blunders, many mainstream Islamic beliefs, values and practices have been pushed into the public spotlight to concentrate public fear and hostility by some demagogues. As a result, many fair and balanced non-Muslims who do not subscribe to white supremacy or Islamophobic narratives, may unsuspectingly adopt the perverted taxonomy of the “moderate” and “extreme” Muslim or Islam, instead of probing further.

It is therefore useful to some extent to show that many of those things which are used as scapegoats for public outrage by certain jingoistic politicians and ideologues, are not signs of “extremism” but rather normative Islamic beliefs and practices. This is something well known to Muslims and non-Muslims who study Islam in a fair or robust method, since the textbooks of orthodox Islamic schools of thought have been translated into English for centuries. Speaking about the survey, Shaikh Dr Haitham al-Haddad said:

“As expected, the results of the survey did not differ significantly from the Islam that had been agreed upon by early Muslims and inherited by successive generations. However it is important to remember that normative Islam is not what is defined by a group of British scholars; it has been defined by the scholars from all over the world throughout history.”

The survey gives a good indication into the beliefs of Muslims and the lived experience of Islam in the UK, but does not claim to be a decisive reference for Islam or Muslims generally. It surveyed 150 from a pool of 352 “influential British Muslims” chosen from various sects and schools of thought.

The following is an executive summary of the findings of the report:

The average level of agreement with the great majority of the 95 statements about mainstream Islamic beliefs was extremely high. On average across all 95 statements, 86% “strongly agreed” and a further 9% “agreed”. Only 1% “disagreed” or “strongly disagreed”.

Statements under the heading “Belief in God”, “Revelation”, “Global Humanity” and “Prophethood” attracted the highest level of agreement. On average, at least 90% of respondents “strongly agreed” with the statements under these headings.

Lowest (though still extremely high) levels of agreement were recorded for the statements under the heading “Citizenship”, “Islamic Law and Consensus” and “Jihad, Extremism and Terrorism”. On average, 81% or fewer were in strong agreement with these statements.

Eleven individual statements attracted 95% or higher levels of strong agreement. These were:

The eleven statements attracting the lowest levels of strong agreement (76% or below) were:

Most of the statements attracting the lowest levels of strong agreement also tended to be those for which disagreement was highest. However, no more than 7% of the sample expressed disagreement (whether strong or otherwise) even with these statements. The two statements attracting 7% disagreement were: “The segregation of men and women in religious and closed public settings is recommended for the best interest of society and acts as a safeguarding mechanism for the preservation of virtue” and “Opposing established consensus of the companions of the Prophet is impermissible”.

No more than 3% of the sample “strongly disagreed” with any of the statements.

Respondents following the Salafi theological creed and the Shafi’i or Hanbali School of jurisprudence showed strongest agreement with the statements.

Respondents following the Jaafari or “other” school of jurisprudence showed least strong (though nevertheless still very high) average agreement with the statements.

[1] The report can be downloaded here: http://5pillarsuk.com/wp-content/uploads/2016/02/5Pillars_Normative_Islam_Report_2016.pdf