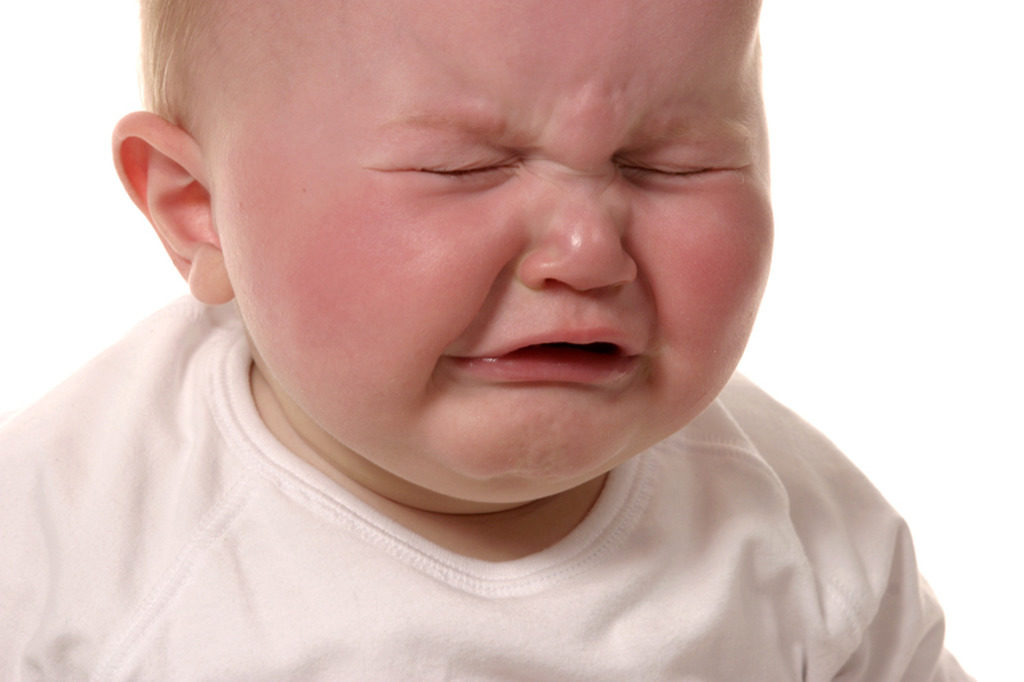 As if the Netherlands’ juvenile decision to bar Turkish Foreign Minister Mevlut Cavusoglu from entering the country were not enough of a slump of its boisterous championing of freedom of speech and democracy, it went on to expel Turkey’s Diplomat, Fatma Betul Sayan Kaya back to Germany, declaring the female Family Minister who sports the Muslim Hijab “an unwanted alien.”[1] A customary rally, in support of Turkey’s planned referendum on the 16th of April on whether to turn the country from a parliamentary to a presidential republic, ‘akin to the United States,’[2] and attended by senior Turkish Diplomats has become Europe’s biggest security threat. It is a pivotal transformation in Turkish Governance, relinquished to the verdict of the Turkish population off the back of a purely democratic process. A process, rather than celebrated, described as a “dictatorship” by the infamous Dutch populist, Geert Wilders, who hypocritically hailed Trump’s victory as head of another, whiter presidential republic, as instead the ‘Patriotic Spring’[3]. The hypocrisy extends to the same Dutch government that banned the rally under the pretext of it being unable to ‘cooperate in the public political campaigning of Turkish ministers in the Netherlands,’[4] who allowed Kurdish protestors to occupy the Dutch parliamentary building in October 2014. But perhaps even more absurdly, its Embassy in London hosted an election campaign on January 16th for its own upcoming elections![5]

This satirical excuse only mimicked those emerging from Germany, Switzerland, and Austria, with Germany leading the comedy, apparently identifying “serious fire safety deficiencies” ahead of a rally supposed to take place on March 7th in Hamburg.[6] Remarkably it was the fourth German city to call off a rally by a Turkish minister on similar grounds, which makes us wonder how many other Turkish ministers have doused their suits in gasoline, or intended on lighting a bonfire as opposed to addressing their European minority community. Local authorities in Switzerland then banned a rally outside Zurich on the 10th of March, for again, no prizes for guessing: “security reasons”; whilst the Zurich Hotel cancelled a meeting room booked by Foreign Minister Cavusoglu, sure enough, on the grounds of ‘safety’.[7] A minister of a single NATO member apparently unsafe. Recall with me the Celtic Manor in 2014, off the M4 motorway leading to Cardiff, unreservedly hosting 60 world leaders at the NATO summit, including Obama and Erdogan,[8] quite safely I recall. A similar event was then banned in the Austrian town of Hoerbranz on those bleak and notorious ‘security-grounds’ despite the police arguing: “there are no concerns that public order might be disturbed or criminal acts committed.”[9]

Why is this happening?

Ultimately, the impulse behind such bans and Euro-wide antipathy being constantly levelled at the Turkish Government obviously has nothing to do with Erdogan’s alleged move to some kind of ‘authoritarian’ system. After all, the proposed constitutional change, if passed will give the president the power to appoint cabinet ministers, propose budgets and appoint members of the nation’s highest judicial body, “dissolve the national assembly” and impose states of emergency.[10] On the off chance that no one has noticed for the last few hundred years, our Prime Minister enjoys the power of appointing cabinet ministers, too. The PM enjoys “determining with the Chancellor of the Exchequer, the Deputy Prime Minister and the Chief Secretary of the Treasury…” all effectively appointed by the PM in the first place, to determine “…detailed contents of the Budget.”[11] As for the dissolution of the national assembly or parliament, according to Article 116 of the Turkish Government’s proposed bill, presidential elections will be renewed alongside any such dissolution, as opposed to Erdogan’s 2015 dissolution of parliament when it failed to form a coalition, unlike what many mouthpieces claim.[12] This again follows in the norms of most democratic countries.

The one thing both spectrums of English media agree on is Erdogan-bashing. And banking on their customers not reviewing the constitutional changes themselves, how easy is this? Few, if any, will note that the spirit of the constitutional change is to dislodge a system designed in effect for coups, to a more civil one. Few will mention the removal of compulsory military service, or the prohibition of military men to run for election (article 76). Few will mention the need for parliamentary approval before declaring a state of emergency, a concept abused by all military regimes (article 119), the acts of the President now subject to judicial review (article 125) and the abolishment of military courts (article 142).[13]

As such, it would be naïve to suppose that such rhetoric leading to public sentiment or diplomatic manoeuvres by the German Government or any of the above countries, arise out of frustration with Turkey’s constitutional reform in isolation from their age-old bitterness towards the AK Party. After all, Angela Merkel, about a week before banning Turkey’s Foreign Minister inaugurated an industrial ‘megaproject’,[14] with a real democrat and Human Rights titleholder (maybe by its standards): Abdel-Fattah El-Sisi. A GM-Free, pure Organic despot who is not a stranger to banning, or even entirely decimating political rallies. Chancellor Merkel has historically been a staunch opponent of Turkish membership of the European Union, and typically justifies its position using any transient event that helps it justify procrastinating ‘accession negotiations’.

Turkish-Cypriot trade relations, crackdowns on protests or riots and most recently Turkey’s reaction to the July 2016 coup attempt, are just some of Merkels alleged blockers. Europe’s preferential view towards burdening economies, such as Cyprus and Greece being members of the EU club over Turkey proves that its concerns are of identity and assimilation.[15] The Cypriot Government is indebted by more than the country’s GDP, and Greece by almost two-times its GDP (which I wonder how is even possible).[16] This is not to mention the ‘rise of the right’ throughout Europe, spearheaded in the Netherlands by the fascist Geert Wilders who describes President Erdogan as a ‘dangerous Islamist who is raising the Islamic flag…’ and that ‘an Islamic state like Turkey doesn’t belong in Europe.’[17]

The traction such groups have gained is to the extent that all of the Netherlands’ electoral contenders sit on the right of the political spectrum, and Wilders’ Freedom Party (PVV) narrowly trails the People’s Party for Freedom and Democracy (VVD). Obviously the incumbent government will do anything to appease the anti-Islamic sentiment to claw back some support. Marine le Pen’s far-right Front National Party in France, with eyes on the coming 2017 presidential and parliamentary elections, has found nothing else apart from Islam bashing with which to ‘expand her appeal and show her clout,’[18] and has never been closer to power. In fact, anti-Islamic remarks and stigmatisation of prodigious Muslim communities, be they of Turkish origin or another, the gradual shedding of their identity, their right to expression, rally and demonstrate, worship and practice their religion, are becoming the most effective tools in political campaigns. There remains almost nothing to prop the dismally deteriorated quality of US and European politicians, drowned in women groping, tax evasion and appropriation of public funds,[19] but to point a finger at migrants and Muslim citizens, and the religion itself, sparing no thrust at Islam.

So the ‘right is rising’, characterised by the ever-normalised anti-Muslim narrative and protected by a white-supremacist prerogative dubiously dubbed ‘freedom of speech’. A concept clearly not for the Turks, their elected politicians or for most Muslims. That is now a given, and forever should it already have been. For Allah has forever said:

The Turkish Government is empowered by Islam and dignified by it. And as ‘Umar rady Allahu ‘anhu said: “If we seek honour from other than Islam, then Allah will humiliate us.”[21] We have been given, and attempt to follow, the best, most upright and objective religious and moral code, communal value system and the most eminent standard of manners and character possible. So, if the worst are harboured and welcomed, then our reality as European Muslims, following the best value-system is more than welcome.

For the Turkish Government and people in specific, such an unwelcoming reception by the Germans or the Dutch authorities or the European club, now busied by its own members’ ruin and absconding, austerity, fascism, and an uncertain future should far from cause them any grief. No nation in or near Europe has a people quite like the Turks; so protective over their leadership, zealous for its success and ready to sacrifice for its legitimacy. So, while the future of the US and Europe is being sketched out by the disenfranchised, the disgruntled and the outright fed-up, you, the proud and engaged Turkish people should go on to choose your own. To vote in your referendum as a successful Muslim nation to whom the Muslims of the world look up to, and Allah is with you.

“If Allah helps you, no one can vanquish you. If He forsakes you, who can help you after that?”