Final touches for a second intervention in Libya? 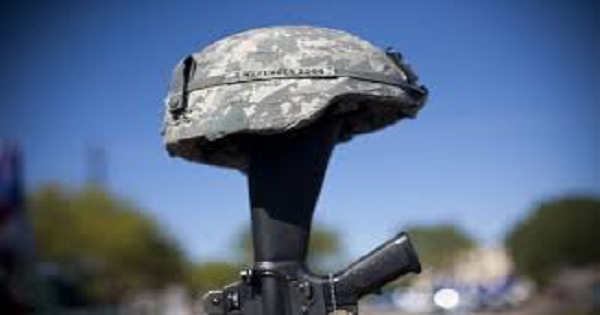 Are we seeing the final touches for a second military intervention in Libya?

‘Libya’s Dawn’ forces have advanced throughout the country and the Misrata faction, a member of ‘Libya’s Dawn’ coalition has managed to take control of the ‘Barak al Shaati’’ airbase in southern Libya. The same collation has managed to capture the cities of ‘al Jameel’ and ‘Rakaleen’ in the north-west-most part of Libya facing hardly any resistance. With these developments, it was inevitable that the international community would start considering intervention, even militarily to stop the Islamist advance in West Libya.

Previously, the Western powers had hoped that it could realise its aims using its mercenaries on the ground, the first of whom is CIA tutored ‘Khalifa Haftar’. His miserable failure in achieving the US’s aims and the successive defeat of his troops in front of Libya’s Dawn will inevitably provoke western governments to carry out its final option in the hope of quelling the will of the Libyan revolutionaries and to revive its endangered agenda. This culminates in military intervention, either by encouraging Libya’s neighbours to intervene, as is already the case with the recent Egyptian and UAE airstrikes against Islamist positions, or by orchestrating a UN mandate.

In fact, the Western governments are in no need of a UN mandate to intervene in the affairs of Muslim countries. The US invaded Iraq without a mandate or an agreement of the international community, it simply acted on the go ahead given by its closest allies such as the UK government. The only reason the US attempts to attain international approval is for counterfeit legitimacy, no more.

It has now become apparent that Western governments have drawn up their final plans and added their final touches to a fully-fledged intervention plan in Libya. After all failed attempts at forming an allegiant government, a green light has been given to the ‘Sahel’ states of Africa, namely Chad, Mali, Niger, Mauritania and Burkina Faso, to put forth a request to the UN that an international force be formed in order to quell the ‘Libyan armed groups.’[1]

The strangest thing about these calls and requests is that they come ‘in the name of the Libyan people’ and ‘on their behalf.’ The meeting did not fall short of mentioning the Libyan people’s ‘full conviction that military intervention is necessary in order to protect its institutions […] and to develop a stable democratic establishment.’ In reality, the very opposite is true. Intervention is simply an attempt to protect the interests of the interveners. If this were true, where did this concern for democracy go when democratically elected governments where overthrown overnight in many Muslim countries?! Has the perception of democracy changed from the ‘elected’ government to that which serves the interests of Western regimes, even if it comes about through unconventional means?

Has Western intervention ever produced a good result? Or did Bush’s invasion of Iraq bring about the democracy they had promised apart from the killing of hundreds of thousands of Muslims from ahl al Sunnah, whilst provoking the Rafidah of Tehran to commit further atrocities against them? Without doubt, the US government only speaks on behalf of its subservient Libyan government and its supporters from among the populace in Libya and in all Muslim countries, particularly after the ‘Arab Spring’ revolutions. This may be what was intended by the participants at the meeting in Nouakchott when they said, “all communication with the Libyan authorities show support of this option.” This is notwithstanding their recognition and celebration of the western-allied authorities in Tobruk, despite the constitutional court’s ruling it as illegitimate.

The majority of the population still supports the demands of the revolutionaries, refusing international intervention, whatever shape or form it takes. Despite this, no Western government really lends them an eye. Rather, many will consider them ‘terrorists’ if they oppose or resist this anticipated intervention. Sadly, this is the West’s way of bringing back its hope to colonise Muslim countries as it did in the past. Two simple steps; by labelling anyone who opposes it is a ‘terrorist’, then demanding its collaborators to request its intervention. Simple.