The Hypocrisy of Attacking Muslim Schools for “Segregation” 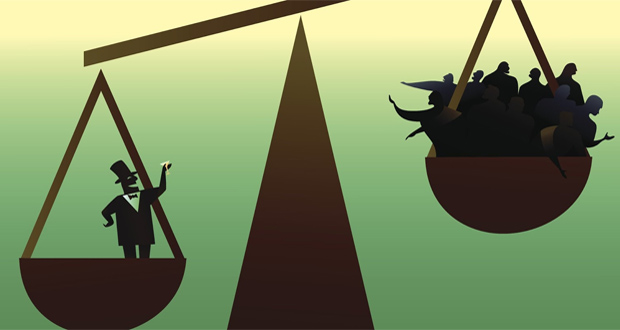 The recent ruling against Al-Hijrah School in Birmingham caused much dismay in the Muslim community.[1] This is mainly because it exposed discriminatory double standards being applied by the DfE and Ofsted against Muslims and their institutions in the education sector, that many had been complaining of. It was Birmingham City Council that initiated the legal action.  The Council felt Ofsted were exercising a double standard against the Muslim schools in their policies, since there were many other schools across the country with similar arrangement to Al-Hijrah. The council thus took the case to Court to determine an equal ruling for all.

“While we may not all agree with their practices, as is made clear in the judgement there are many other faith schools around the country that practice gender separation, none of which have been downgraded by Ofsted because of this.”

Despite the absurdity and hypocrisy of taking issue with segregated schools in a country whose ruling establishment has been the product of the likes of Eton College for boys and Roedean School for Girls, the Court of Appeal ruled in favour of Ofsted, overturning the High Court’s ruling in favour of the school months earlier.[2] The Court of Appeal summarised the following:

“The High Court was wrong to approach the question of whether there had been less favourable treatment by reason of sex by looking at each sex as a group. Each girl pupil and each boy pupil is entitled, as an individual, to freedom from direct discrimination [49-50]. The School’s policy prevents an individual girl pupil from interacting with a boy pupil only because of her sex; if she were a boy she would be permitted to interact with a boy pupil, and vice versa. It was reasonable for Ofsted to take the view that this policy is detrimental to each pupil as it adversely impacts upon the quality and effectiveness of the education given to them by the School. As a result of the policy each pupil suffers less favourable treatment by reason of their sex [48, 51-55 and 67].”[3]

Around the world there has been single sex schooling, clubs, associations, and institutions for centuries.   They have produced some of the most powerful and influential men and women in history, and most of these girls and boys had little problem with the other sex, or achieving powerful positions in society.

That this landmark ruling (I am not aware of any other country that has arrived at a similar conclusion) was made first against a Muslim school and not one of the many non-Muslim ones that have been operating for centuries highlights how government and its agencies view Muslims differently to others: through the lens of stereotype and prejudice.  Yet the ruling only applies to schools where there is separation in one school, not separate boys and girls schools, who presumably must suffer the same disadvantage as they have no access to the opposite sex—or indeed an education in those schools full-stop if they are the “wrong sex”.

The hypocrisy of blaming victims

During the course of the case, the court relied on evidence from the Louise Casey report on segregation. Casey’s report has been widely criticised for lacking a sound evidential base, being based largely on hearsay and stereotypes of Muslims.[4]  Her arguments are not too dissimilar to the DfE approach and looks at the impact of “segregated communities”, blaming the communities rather than the discrimination they face, as Muslim women in particular promptly refuted Casey for.[5]  It is not surprising therefore that the court reached the ruling it did.

The irony is that the three judges who made the ruling were themselves reportedly products of segregated education. Sir Terence Etherton was educated at the elite St Paul’s School—for boys—and then went to Corpus Christi, the wealthiest college in Cambridge. Lady Justice Gloster was educated at the elite single-sex Roedean School for Girls and then went to the all-women Girton College, Cambridge. Lord Justice Beatson was educated at the all-boys, Jewish boarding school Whittingehame College in Brighton and then went on to study at Braesnose College, Oxford.  For products of segregation by sex and class to prevent the less privileged from enjoying the benefits of single-sex schooling is nothing less than utter hypocrisy in my view. It is also an insult to our intelligence. Are we to believe that segregated education for the non-Muslim ruling class is okay but it has a negative impact on Muslim children?  For Muslim children it seems it is no longer achievement that matters, but rather what non-Muslims expect of them that is more important.

“Regardless of their gender, every child has the right to an effective education – and one which lets them be themselves and mix with whoever they choose. For this reason, we welcome today’s confirmation by the Court of Appeal that it is unlawful for a mixed school to segregate girls and boys completely […] Socialisation is a core part of a good quality education, just as much as formal learning, and without it we’re harming children’s life chances right from the start. The Government’s recent race disparity audit highlighted clear attainment gaps and it is important that in addressing those gaps our schools operate in ways that reflect and reinforce the country’s values of fair treatment and respect.”[6]

Equality or the perpetuation of prejudice and stereotypes?

The Human Rights Commission and its predecessor the Commission for Racial Equality have never historically really had much interest in discrimination on the grounds of religion and especially that faced by the Muslim community.  It has now also suddenly discovered new found wisdom in 2017 and in relation to Muslims.  They could have raised this issue years ago in relation to non-Muslim communities. This misguided approach will have consequences in a country where all kinds of social isolation takes place, not least on the grounds of race and not just for Muslims. Whole swathes of the white population are socially isolated after all.

This is a flawed approach to equality.  Historically advocates of women’s rights around the world, including in the UK, took on powerful institutions, not a few children of a largely marginalised community (the vast majority of Muslim children go to state school and only a very few to segregated schools).  They took on the systems and institutions of oppression such as Parliament itself, and wealthy employers for important battles such as equal pay, institutional sexual harassment, pornography, page 3 of the Sun, laws unfairly targeting women, rape laws as well as the sexist prejudices and stereotypes behind them. And yet, what we see here is not an advancement of women’s rights or equality. It is victimisation of the weak, to impose a set of values on others based on prejudices and stereotypes of Muslim communities, their culture, values and lifestyles; which some so-called feminists play up and promote.  This approach feeds the very prejudice and stereotypes which lead to victimisation and discrimination against a group of people and communities.  It smacks of the old-style Western cultural imperialism of colonial days.

The State and Ofsted versus faith communities

Faith schools have been around for centuries and they have had boys and girls being taught separately. We have Christian schools and Jewish faith schools. In fact, Jewish schools that separate the sexes have been around for much longer than Muslims schools. It begs the question: did the British State and OFSTED only realise this was discrimination when Muslims started doing it?

The net effect of the ruling is the law of unintended consequences. The state and its agencies in targeting the Muslim community have been forced into a discriminatory ruling which will now have to be applied to all, and impact wider society. Instead of downgrading all schools equally, the DfE now says it will allow all schools affected by this ruling time to make changes.  The Muslim schools affected will simply have to undergo the administrative tedium of becoming separate single-sex schools.  Not much of a victory for “equality” then. Also Ofsted, when inspecting separate single-sex schools,  must surely determine they are inadequate because of no interaction with the opposite sex which constitutes social isolation, or this ruling becomes even more ridiculous and unequal.  Of course they won’t because that would impact the education of the children of the upper and ruling classes, and nobody messes with that.

We can expect this type of agenda from the proposed new Extremism Commission, where undefined notions of “extremism” and “British Values” will lead to further targeting of Muslims primarily as it is being set up in reality to target them and their values, beliefs and culture under the false label of equality and cohesion—based on western myths, stereotypes and prejudices about Muslims. The real struggle for equality lies with communities challenging powerful institutions in their supremacist, prejudiced and myth-based polices to secure equality of treatment, due process and the equal application of the rule of law; for them and their way of life and beliefs to be treated as equal citizens, not suspect communities.

In Britain few communities have historically had rights handed to them by the State, its agencies or those with power; they have had to fight for them all the way to secure their rights. Now, Muslims will have to do the same. It is going to be a long, hard struggle, like others’ before us.

We will also have to do what many indigenous women of oppressed communities such as in Africa, America and Latin America have done in the past and continue to do, which is intellectually challenge the racism and prejudices of women from outside and within our own communities to free ourselves from the consequences of western notions of cultural supremacy.