#STAND4UYGHURS
Home / Comment / Imam Shakeel v The BBC: Time for the community to wake up 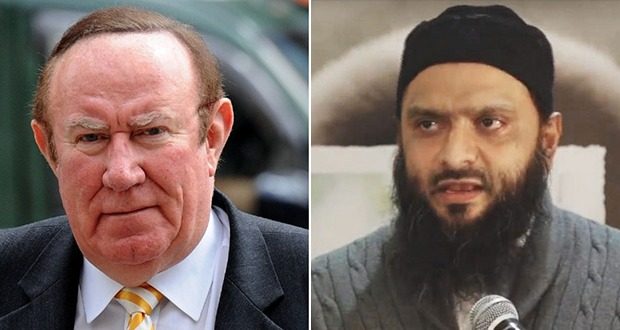 Imam Shakeel v The BBC: Time for the community to wake up

Imam Shakeel Begg of Lewisham Mosque, London, recently lost his case for libel against the BBC. Firstly, I would like to say that I wish to express my support for Imam Shakeel. He is a model imam who works diligently for his community in keeping with his Islamic principles. He has done excellent work in a number of areas, whether this is developing the mosque he leads or working with the wider community.

Moreover, under his stewardship, the mosque was one of the few mosques in the country to make robust statements on contemporary political issues including the proposal to close mosques,[1] or the US Senate’s Torture Report.[2] They were willing and brave enough to make declarations on such issues while others shied away for fear of backlash.

There are a number of concerns that the entire Muslim community should have with the judgement passed in the case. The High Court highlighted certain examples which it deemed as “extremist” Islamic positions. The substantive examples used by the judge in the course of his judgement, which were based on the testimony of one “expert” witness, are a cause for concern for numerous reasons. First, it is worrying that a secular court is trying to pass judgement on what Islam is or is not. Second, Imam Shakeel does not adhere to the list of beliefs alleged against him. And third, and perhaps most worrisome, is that the views that are espoused by Imam Shakeel would be considered normative Islamic positions from an orthodox view of Islam, including:

– The classification of all non-Muslims as unbelievers.

– The belief that precepts of the Muslim faith negate and supersede all natural ties (i.e. the brotherhood of Islam is stronger than the ties of blood).

– Expressing approval for people such as Sheikh Abdul Aziz b. Baz, Sayyid Qutb and Abdullah Azzam.

It is therefore necessary and important for the Muslim community in the United Kingdom to support Imam Shakeel and Lewisham Islamic Centre during this time. For too long we have stood idly by while normative aspects of Islam have been attacked and Muslims have been subjected to the harshest of terrorism measures. We have stood by while fellow Muslims had to go through raids, arrests and TPIM’s domestically or have been tortured, kidnapped and deported to black sites or falsely imprisoned internationally. I recently wrote that those initiatives such as PREVENT were about ideas and not violence. The ruling from the court appears to support this view as beliefs espoused by Imam Shakeel do not fit into the liberal and secular state in which we live.

There is a sense that the PREVENT duty, the ruling of the courts and the attitude towards normative Islam is leading us to a creeping normality. This is where major change occurs undetected if it happens over a gradual period of time. This is in contrast to something happening in a short period of time which we would consider intolerable. With judgements being passed such as in this case we may, over time, lose the Islam we believe in because the legislature and the judiciary has slowly chipped away at its very foundations.

This is why we need to stand with Imam Shakeel as it could easily be one of us affected by such a ruling in the future. This is not an issue of differing theological interpretations of Islam; this is an issue of the very foundations of Islam which we all agree on. Martin Niemoller’s famous poem “First they came” is appropriate in such circumstances.

First they came for the Socialists, and I did not speak out—
Because I was not a Socialist.

Then they came for the Jews, and I did not speak out—
Because I was not a Jew.

Then they came for me—and there was no one left to speak for me.

The poem has themes of persecution, guilt and responsibility. The ideas in this poem are reflective of what is happening today. There is the persecution of Imam Shakeel and Muslims in general in the UK and the guilt felt by the wider community as we allow such things to happen as we stay apathetic to issues of politics and Islam. This apathy could be for a number of reasons such as fear, lack of knowledge and/or self-preservation. Then there is the responsibility. This is the responsibility of the community, in particular the scholars and mosques that are its pillars. They have a duty to speak out on such issues whether that is to protest the actions which have taken place or issue statements of solidarity with the oppressed.

The ideas espoused in the poem can be found in Islamic stories such as the well known story of the bull. Over the next few weeks, there will be many events organised to show support for Imam Shakeel. It is important we help these initiatives succeed. It important that the government, the courts, Islam’s detractors and the media understand that we support him.  Who knows, it could be you who is defamed next.

Previous: Church bells toll but are the mosque mimbars silent?
Next: Hijab: A Generation of Change