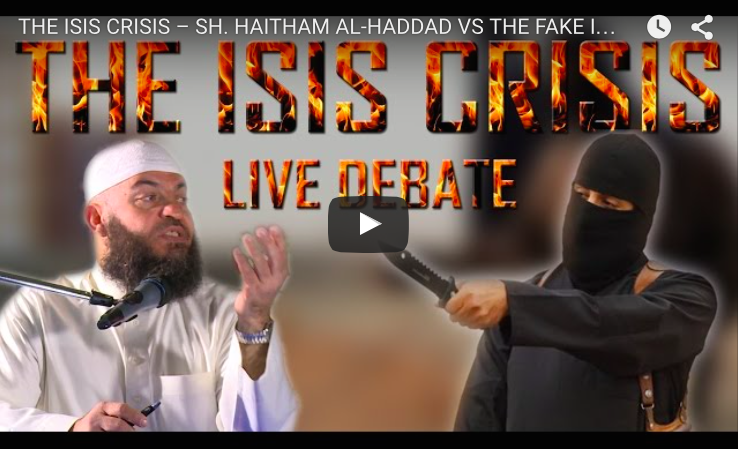 Watch (above) the panel debate with Sh. Haitham al-Haddad Vs The Fake Islamic State organised by Islam Net in which a ‘fake/pretend’ set of Pro-ISIS panelist argue for the legitimacy of IS posing some of the most common questions including:

Has the Islamic State been established?

Are ISIS the real Mujahideen fighting in the way of Allah?

Is there a real Jihad?

Why is no one helping the Ummah?

Who are the real Mujahideen on the Haq?

For complete coverage on the Islamic position towards the legitimacy of ISIS and its actions please visit https://www.islam21c.com/tag/isis/ [archive for all ISIS articles]

We specifically recommend the following articles:

The ‘Caliphate’ of al-Baghdadi – Announcement from Syrian Scholars

Editor
ISIS
Share. Facebook Twitter LinkedIn Email Telegram WhatsApp
Previous ArticleThe Race Between the Sun and the Moon
Next Article A lesson from the Musalmans of Colonial India