A lesson from the Musalmans of Colonial India 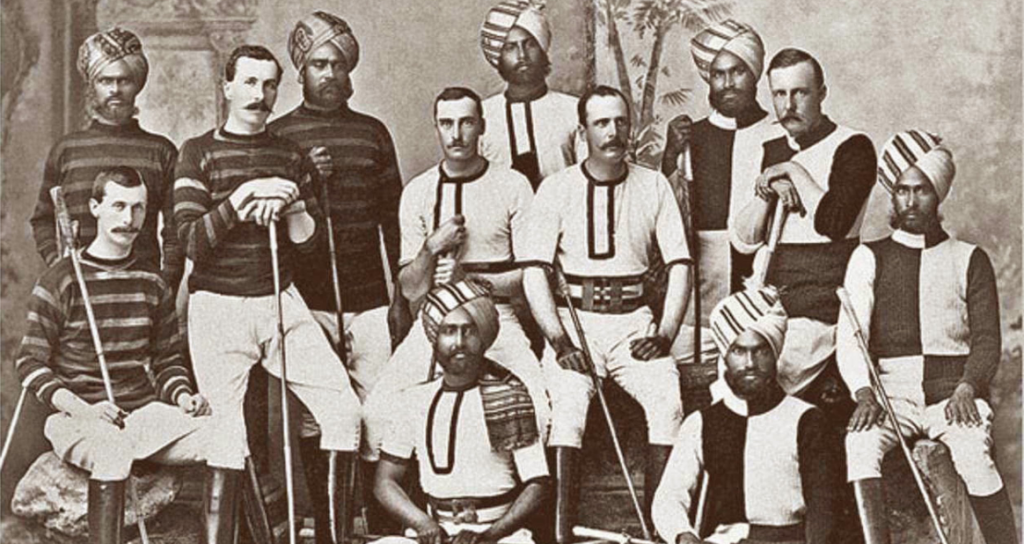 Part 2: A lesson in integration from the Musalmans of Colonial India

In 1871, in post Mutiny colonial India, Sir William Wilson Hunter published a report explaining the “danger to British power” of the “persistently belligerent class”: the Muslims.

“The Musalmans of India are, and have been for many years, a source of chronic danger to the British Power in India. For some reason or other they hold aloof from our system, and the changes in which the more flexible Hindus have cheerfully acquiesced, are regarded by them as deep personal wrongs.”[1]

That “some reason or other” that even the very astute Sir William could not understand is that we already have a defined system, a Sharī’a and a Minhāj (methodology). While all religions have some form of “way” the clarity and all-encompassing guidance in Islām is of an entirely different level which rarely seems to be fully appreciated by non-Muslims. Not only has our way been described in great detail but the guidance, from The Creator who knows us better than we know ourselves, includes safety nets to stop us falling from the way. Some of these aspects of our guidance seem to irritate non-Muslims the most, when we avoid things that are not even sins in case they lead to sin.

While they can dictate most things in daily life to others just as long as they leave their religion alone, our religion and daily life are inseparable. Unfortunately to those in power today our stubbornness and tenacity in sticking to our way looks again, relative to the carefree acquiescence of others, like aggressive rebellion.

Sir William gave some advice on how to control the rebellious Muslims of his day:

“The British Government of India is strong enough to be spared the fear of being thought weak. It can shut up the traitors in its jails, but it can segregate the whole party of sedition in a nobler way — by detaching from it the sympathies of the general Muhammadan community.”

It could well be that the bogus call for us to further integrate is part of a tactic to divide the overtly practicing Muslims, and with it the full practice of Islām itself, from the Muslims who do not outwardly display their religion. They might shave their beards, abandon their hijab, mix freely, shake hands with the opposite sex and probably feel as though they are not the ones accused of not integrating. Some Muslims in that—inshā’Allāh—transitory period of their life fall for it and unfairly blame our uncompromising Scholars for the hostility we face, when all they are doing is reminding people of what it says in the same Qur’ān on every Muslim’s bookshelf. Would they blame Allāh for what he revealed to us?

If they understood that that was what they were doing, they would prove an even more common mistake by some non-Muslims; to view someone’s lack of outward adherence to the Dīn as a sign that they are nearly ready to abandon their religion. Really it is a much more complicated equation than that.

On my journey to Islām one guiding voice I cannot forget was a very drunk man who cornered me in a bar in Tangier to give me the most passionate and effective daw’ah I would have had.

He might have been in some ways astray from the path but it seemed in his heart his love for Islām only grew as the love for a long distant wife might grow in someone fighting to get back to her. Mistaken by the same presumption, under most of the recent despotic regimes in the Muslim world, the leaders have also oppressed outward signs of the religion as though if they were out of sight it would vanish from the hearts of the believers. In nearly all cases nothing should be assumed of outward appearance other than old habits and bad habits. Those Muslims who do not display or practise the outward symbols of their identity should not be automatically counted to side with the “reformist” sycophants who are paid handsomely to help some hostile non-Muslims outlaw normal Islamic practice to force our assimilation.

Now, just as it was for Sir William then, it is understood by those in power that while a Muslim desires to freely practice his religion, he does not feel compelled to rebel against a non-Muslim ruler. But that still seems like too much of a concession to our uppityness:

“Musalmans, therefore, are bound by their own law to live peaceably under our Rule. But the obligation continues only so long as we perform our share of the contract, and respect their rights and spiritual privileges. Once let us interfere with their civil and religious status, so as to prevent the fulfilment of the ordinances of their Faith, and their duty to us ceases.”

It is not an unreasonable position and is ultimately true for all people; if you oppress anyone enough they will rebel. But for it to be openly declared in advance is taken as a threat and statement of disobedience. “We may enforce submission, but we can no longer claim obedience” realised Sir William. The fear in 1871 was that

“Even minor grievances attain in their case the gravity of political blunders, — blunders of which the cumulative effect, according to the law of Islam, would be to entirely change the relation of the Musalmans to the ruling power, to free them from their duty as subjects, and bind them over to treason and Holy War.”

All those who rule Muslims know they have this hanging over their heads and they know any step we take toward assimilation to another way is a step we take away from our religion and the threatening duties contained therein. The part that is hard for Muslims to understand is why successive rulers think it would be easier to persuade us to abandon our religion than to let us adhere to it in peace when the religion itself contains an instruction to be good citizens and obey their laws even if we do not like them. As Sir William realised “an honest Government may more safely trust to a cold acquiescence, firmly grounded upon a sense of religious duty, than to a louder-mouthed loyalty springing only from the unstable promptings of self-interest.” Does it imply they do not believe they can be honest and reasonable with us?

It is interesting to read the complaints made by the Muslims of 19th century India and Sir William points out that the British Indian Government must be sure to appeal to the general Muslim community or risk them going from their current “sullen discontent to active disaffection”:

“This, however, it can do only by removing that chronic sense of wrong which has grown up in the hearts of the Musalmans under British Rule. For there is no use shutting our ears to the fact that the Bengal Muhammadans arraign us on a list of charges as serious as was ever brought against a Government. They accuse us of having closed every honourable walk of life to professors of their creed. They accuse us of having introduced a system of education which leaves their whole community unprovided for, and which has landed it in contempt and beggary. They accuse us of having brought misery into thousands of families, by abolishing their Law Officers, who gave the sanction of religion to the marriage tie, and who from time immemorial have been the depositaries and administrators of the Domestic Law of Islam. They accuse us of imperilling their souls, by denying them the means of performing the duties of their faith. Above all, they charge us with deliberate malversation of their religious foundations, and with misappropriation on the largest scale of their educational funds.”

It is remarkable that everything on that list is still happening or threatening to happen to Muslims in Britain today. Sharia Councils dealing exclusively with family law are under threat. Planning permissions for our education institutions are being denied, those already operating are bearing the brunt of a now ideological and politicised Ofsted. Halāl slaughter is continually under attack and threat of sanction. Muslims are being economically marginalised thanks to the manufactured climate of fear. Mosques and Islamic charities are being threatened with closure. The list goes on.

It is as though those in power still do not realise that 99% of Muslims love their religion. They patronisingly seem to think that if they can just silence our scholars and activists all the “general Muslims” would follow the government paid reformists and not notice their unsubtle efforts to dismantle every aspect of Muslim identity in the UK. The reality is the 99% see there are people talking for us so we do not have to. Take them away and certainly more will take their place; look to history for proof of this. They would do better to remember the Edmund Burke saying that Mr Cameron quoted, “To make men love their country, their country ought to be lovable.”

Now in the UK we are entering what looks to any observant Muslim like a rekindling of the 800 year long Catholic Inquisition. Primary school children are being reported to the Anti-Terrorism police for asking for a prayer room and reminding each other to maintain their hijab, (Parkfield Community School, reported Radio 4 Today Program 12/10/15 7:30am) both things are compulsory and basic requirements of the religion. How can this be viewed as other than the blunt outlawing of Islām? Rather than encouraging integration this will create a justified fear of mixing with non-Muslims many of whom are now, it seems, legally obligated to report signs of normal Islamic practice.

With the increased Muslim population in Europe and with many more literally on the horizon, thanks to the destabilised world they have had more than a hand in, it is time that those in the ruling classes came to better understand something. Islām—although parts of it can be inflexible—really is not the problem they assume it to be. Trying to oppress or force to assimilate the Muslims who are here to stay is totally unnecessary and unwise.

For the Muslims, not least of the reminders we have that should stop us expecting that giving up a little of our religion or identity would bring an end to our persecution:

“And never will the Jews or the Christians approve of you until you follow their religion. Say, “Indeed, the guidance of Allah is the [only] guidance.” If you were to follow their desires after what has come to you of knowledge, you would have against Allah no protector or helper.”[2]

If we acquiesce and seek to appease others, they would be back for more, and more, until they can find nothing left of our religion to take. Not surprisingly Allah (subhānahū wa ta’ālā) has promised that if you willingly leave His guidance after the favour He has done for you, you are on your own.