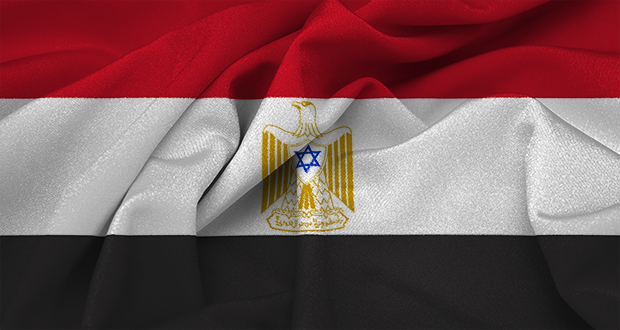 The new Israel west of Gaza

And so it came to be, just days after the Deputy Editor of the national Egyptian newspaper, Al-Ahram, Azza Sami invoked Allāh saying “O Allāh, increase the likes of Benjamin Netanyahu so that he can rid us of Hamas once and for all;” that the Almighty decreed that she would die an unexplained death from an incurable illness.[1] Unfortunately, much more absurdity continues to emerge from Egypt and from platforms similar to hers. Just recently Israeli TV used an extract from popular chat show host, Tawfik Okasha, which claimed that Hamas is responsible for the death of Gaza’s civilians by using them as human shields and he further goes on to claim that there is ”not one man in Gaza!” while equating the resistance to “dogs.”[2] According to numerous reports, he too has been stricken with an ailment and is in intensive care. [3]

The expansion of the Zionist regime was an intention rooted in Sisi’s military coup that took place just little over a year ago. Since then, Sisi and his cronies have not just been utterly spineless, but they have signed major business deals that have jeopardised the independence of the whole region. This is because, by hook or by crook, no matter how much these pathetic governments try to convince us or act otherwise, the Zionist state of Israel will always be our enemy. And rest assured, this feeling is more than mutual. Just look at the Israeli track record in its efforts to establish a two state solution.

The truth is Egyptian-Israeli relations have never been better. Collaboration has reached unprecedented levels and the rhetoric and propaganda spurted has had such an effect that a big portion of Egyptian society has forgotten who the enemy is.

Ties that were historically very close between Egyptians and the Gazans have hardened.  Since the overthrow of Morsi, the relationship between Egyptian leadership and Gaza turned from love to hate almost instantaneously. Once regarded as brethren, Hamas is now considered a terrorist entity. There is very little distinction even between Hamas and any other citizen as the civilians who elected Hamas are considered sponsors of terrorists. In fact, it is a widely held view in Egypt that the civilians in Gazan, now over 1500 of them murdered, got their due comeuppance for attacking Israel, supporting terrorism, killing the three Israeli youth, and the rest of the usual fairy tales from Tel Aviv’s propaganda playbook.

Only recently, the official Facebook site of the Ministry of Interior posted a picture of 12 dead Egyptian soldiers who the Egyptians accused Hamas of killing, with no evidence, tagged with a caption ”we will not forget.” (This picture has since been removed.)

The logic here is not just flawed, it is downright ridiculous. Let us consider for one moment that indeed Hamas was responsible for this crime (who by the way have no political or military motive for it), why should this stop the Egyptians from having any sympathy for Palestinian children being maimed and killed? Is it purely a concerted effort on part these zealots to remove their liability towards their neighbour?

The Egyptian regime then went on to broker a truce deal without even considering that it invites the input of the Hamas leadership[4], as if Hamas was just a trivial onlooker in the conflict. By not inviting Hamas, it guaranteed that the drawn up ‘ceasefire’ deal addressed nothing of the resistance’s demands and thus “Hamas did not accept the terms of the deal.” The question remains: if the Egyptians where truly sincere in brokering a peace deal, why was Hamas not invited to the negotiations? Why was Hamas only notified of the terms of the treaty once they had been agreed, and why was news of a brokered truce deal that they came to know of through mainstream media a complete surprise to them? Unfortunately the reality is that this peace deal was put in place for two reasons:

Allāh ‘azza wa jal describes to us in the Qur’ān the hypocrites in many instances. The compatibility and timelessness of the Qur’ān had to but render the hypocrites of today more discernible than the blazing midday sun. They claimed that had the resistance, listened to our unilaterally-ratified truce the civilians of Gaza would not have been killed.

“(They, the hypocrites are) the ones who said about their killed brethren while they themselves sat (at home): “If only they had listened to us, they would not have been killed.” Say: “Avert death from your own selves, if you speak the truth”.”[5]

Then, when the Gazans fervently resisted, employing what limited capability they had, often primitive weaponry, outdated equipment and guerrilla tactics to fend off the Israeli assault, Egyptian media ridiculed their efforts, scorned at their capabilities and made them a laughing-stock. Allāh says:

“Those (the hypocrites) who defame such of the believers who give charity voluntarily, and such who could not find to give charity except what is available to them – so they mock at them (believers); Allāh will throw back their mockery on them, and they shall have a painful torment.”[6]

In fact, mocking the believers was part and parcel of the behaviour of the hypocrites at the time of the Prophet salla Allāh ‘alayh wasalam.In a chilling narration, it is reported that `Abdullāh bin `Umar said: “During the battle of Tabūk, a man was sitting in a gathering and said, ”I have never seen like these reciters of ours! They have the hungriest stomachs, the most lying tongues and are the most cowardice in battle. “A man in the masjid said, ”You lie. You are a hypocrite, and I will surely inform the Messenger of Allāh.” This statement was conveyed to the Messenger of Allāh and also a part of the Qur’ān was revealed about it. `Abdullāh bin `Umar said, “I saw that man afterwards holding onto the shoulders of the Messenger’s camel while stones were falling on him, declaring, “O Allāh’s Messenger! We were only engaged in idle talk and jesting,”while the Messenger of Allāh was reciting:

“Was it at Allāh, and His Āyāt and His Messenger that you were mocking? Make no excuse; you disbelieved after you had believed; on account of your statement and mocking”.”[7]

Egyptian media mugs have littered television screens with their pathetic tirade-shows. Many of these have been translated into Hebrew in hope that they resonate between Zionist extremists and much of the Israeli audience. Popular presenters such as Ahmad Mousa can be heard mocking Palestinian resistance and its leaders such as Hamas’ Head of Political Bureau Khaled Mishal. Look again at the above Prophetic narration and the construction of the hypocrites’ mockery. In stunning resemblance, Mousa mocks at Khaled Mishal by repeatedly saying: “This is Khaled Mishal’s Jihād,” while showing an image of him eating food in Qatar. He then ridicules Mishal’s Deputy, Ismail Haniyeh, displaying an image of him playing football in Gaza saying: “This is when his weight had permitted him to play Football, as you can see his weight is, Māshā’Allāh.”[8] One would not exaggerate if it is said that this trash-talk is what the average Egyptian finds on television around the clock.

Allāh has clearly warned us against taking disbelievers as close allies against believers. In this context, it can be applied to those who stand resiliently with the Zionist aggressor against fellow Muslims, siding firmly with them, using their rhetoric and indeed giving them the moral and physical support they so desire to justify their onslaught. All the while, they claim to be sticking up for the truth and defending Israel’s ’right to defend itself.’

“Those who take disbelievers as allies instead of the believers, do they seek through them honour? Indeed honour belongs to Allāh in its entirety.”[9]

By the grace of Allāh ‘azza wa jalwe are given a divine framework on how to deal with those who side with the disbelievers against Muslims.

“And it has already come down to you in the Book that when you hear the verses of Allāh being denied and ridiculed; do not sit with them until they enter into another conversation. Indeed, you would then be like them. Indeed Allāh will gather the hypocrites and disbelievers in Hell all together.”[10]

Allāh ‘azza wa jal  then clearly warns us to choose our allegiances carefully, specifically stating that taking the Jews and Christians as helpers, protectors or intimate allies against the advantage of Muslims is an act of kufr or disbelief.

“O you who believe! Take not the Jews and the Christians as Awliyā’ (close allies, protectors, helpers), they are but Awliyā’ of each other. And if any amongst you takes them (as Awliyā’), then surely he is one of them. Verily, Allāh does not guide those who are unjust.”[11]

Finally, we can rest assured that what awaits the hypocrites after resurrection has been communicated to us. Even if these imposters face no retribution or are not challenged with a counter narrative as audible as their bellowing (quite literally), we rest assured that their retribution is in a humiliating afterlife.Allāh says:

“Give tidings to the hypocrites that for them there is a heavy punishment.”[12]

For those who deemed their subjugated brethren as too dismal to support or be supported by, the lowest depths of the Fire awaits them –

[3] http://almesryoon.com  Tawfiq Okasha enters into intensive care due to high blood sugar levels after declaring his support of Israel against Gaza