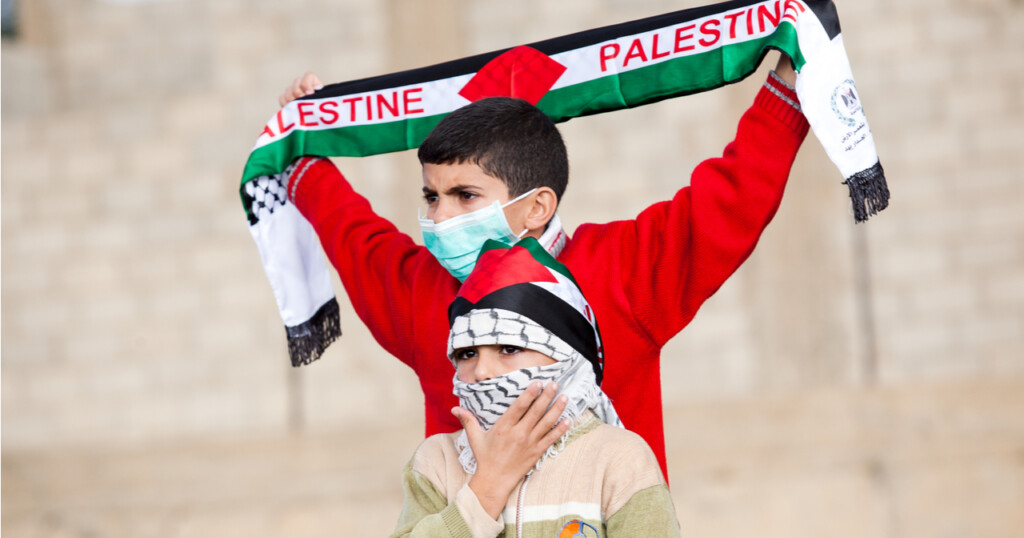 When embattled Israeli Prime Minister Benjamin Netanyahu announced that more of the West Bank would be annexed by the Israeli occupation on the 1st of July, little did he know that his biggest adversary would be circumstance.

Almost all of Israel’s allies – including many of Israel’s own generals and senior political advisors – warned against such a move, some even going as far as to condemn it. But it was events that were gripping the world’s attention that proved the most difficult barrier to cross for the far-right Prime Minister.

The annexation of up to 30% of the West Bank would trigger an international diplomatic reaction like nothing Netanyahu in his long and colourful political career has had to contend with. Not only would it kill off, once and for all, the mirage of a two-state solution (long used as a carrot to entice those with a glimmer of hope that Israel would somehow relinquish control over any of the occupied territories), it would also bring into disrepute the standing of the United Nations and the effectiveness of its resolutions.

For decades, the whole world, bar the USA, has held UN Resolution 242[1] as a guiding light in the futile attempt to bring about a just and lasting peace to the 72-year conflict. In fact, the annexation plans would clearly render the West Bank barely habitable, with hundreds of scattered and isolated enclaves, each separated by checkpoints, roadblocks, and separation walls. In other words, hundreds of Gazas. Jordan, a historic and strategic ally of the West, was going to be irreversibly and quite grievously damaged by such a plan, and an already-hefty problem with global implications would be multiplied many times over.

The annexation plans would also have put an abrupt end to the decades-long international peace process, in which billions of dollars and years of effort have been invested, rendering the entire peace process a futile and wasteful exercise. One only has to imagine the implications such an impression has left on millions of young and deprived Palestinians, as well as millions around the world with similar liberation causes.

The 1st of July – the date nominally set by Netanyahu to set in motion this absurd plan – came and went, and it became clear that with all the internal opposition and accompanying complexities, the greatest hurdle the plans faced came from an international community that was extremely offended by the mere thought of the plan. All over the world, and including in the United States, dozens of expert voices sounded off warnings and often blunt critiques of these plans, warning against the implications that would be created within Palestine and potentially far beyond.

A world occupied by the COVID-19 pandemic and the resulting dreadful global economic crisis – as well as the killing of George Floyd in Minneapolis and the subsequent mass protests calling for collective introspection of race, history, and identity – was simply not ready to add these plans to the mix.

Israeli opposition voices sounded alarms that these plans would push Palestinians to the hilt and offer them an undeniable reason to abandon peaceful protests for other means and methods of resistance, for which ordinary Israelis would ultimately pay the price. Even Boris Johnson, the Prime Minister of the United Kingdom, wrote an article where his warning that these plans were a wrong move was sandwiched between his declaration of support for Israel and Zionism. In the USA, many warned against the ramifications of these plans, stating that whatever moral credibility Israel retained would be scuppered, making the nation’s unconditional support of Israel virtually impossible to justify.

On the ground, though, little will change. Almost nothing changed when Trump announced the transfer of the US Embassy in Israel to Jerusalem,[2] which he referred to as Israel’s historical capital. These plans, too, will have a minimal impact on the impossible lives experienced by Palestinians.

A people that have proven themselves unbreakable despite the immense challenges and difficulties they face will take this on board and simply continue to resist by all means possible. Palestinians have accepted that this is their destiny and that they have no option but to walk this path. With some Arab and Muslim regimes openly washing their hands of Palestine and reaching out to Israel,[3] there is a fear that the struggle to come will be one in which they will have to contend fighting it alone.

Yet moral, sane, and rational voices from around the world have culminated in a chorus of rejection to Israel’s plans. Over 1000 European MPs have signed a petition calling on Israel to cease its plans immediately,[4] and many who previously adopted pro-Israel stances have expressed rejection and even disgust at the proposed plans. The Arab people, unrepresented by regimes who have ‘sold out’, have also spoken almost in unison by affirming the principle of rejecting occupation and supporting resistance thereof. The Arab people have renewed calls to strengthen anti-normalisation laws and policies, long seen as merely symbolic and ineffective. Gaza is back in the spotlight, possibly because of the COVID-19 pandemic, but almost certainly because there is a fear that many more similar open-air prisons are being created by Israel as a result of the annexation plans.

In short, from the viewpoint of the Palestinians, the struggle continues. The objective remains unequivocal: the liberation of Palestine. For the rest of the world, which looks at itself and examines its moral standing on various issues, Palestine might be another issue on which our collective morality must be examined, revised, and redirected.

Dr Altikriti is the CEO and Founder of The Cordoba Foundation, a think-tank specialising in Muslim world-West relations. His PhD was in Political Science from the University of Westminster. He has been chairman of the Muslim Association of Britain (MAB) and Vice President & Patron of Stop the War Coalition. He co-chaired the historic 2-Million March against the Iraq War in London in February 2003 and is a leading figure in the global Anti-War movement.

Dr Altikriti is the CEO and Founder of The Cordoba Foundation, a think-tank specialising in Muslim world-West relations. His PhD was in Political Science from the University of Westminster. He has been chairman of the Muslim Association of Britain (MAB) and Vice President & Patron of Stop the War Coalition. He co-chaired the historic 2-Million March against the Iraq War in London in February 2003 and is a leading figure in the global Anti-War movement.