Protests on streets against ISIS? How absurd! 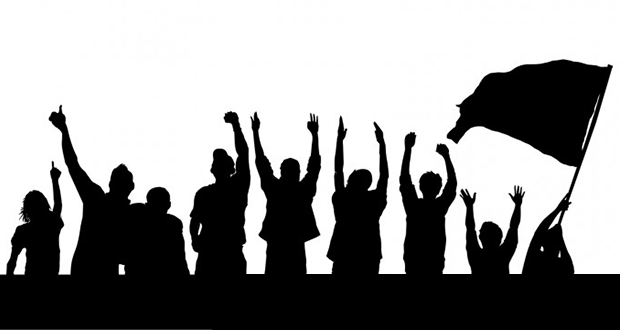 Following the recent attacks on Gaza, Muslims rightly took to the streets with protests and campaigns. This led to accusations on social media from the far right and Zionists, as what could only be described as a diversionary tactic, that Muslims only complained about Gaza and suggested Muslims protest against ‘their own’, namely ISIS.   Muslims across the spectrum, bar a very small minority of ISIS supporters, have strongly condemned the actions of the group and have clearly stated that the actions of ISIS are anything but Islamic. I personally refuse to call them IS as they are not an Islamic State, and thus, it remains as ISIS.

With the recent beheading of foreign journalists, the threatened execution of the British humanitarian and taxi driver from Greater Manchester, Alan Henning, has brought about differing and wide appeals to ISIS from Muslim groups to save the dear man’s life. For the far right thugs, the neocons in the government, the Islamophobic media and even ‘liberal’ Muslims this is not deemed to be enough.  Their blinkered gripe is always that Muslims are not doing enough! And they now call for Muslims to be out on the streets protesting against ISIS, which is frankly absurd. I have spoken out against ISIS for their inhumane actions but apparently I now need to march in the street with a placard or I will be labelled a secret supporter or a hypocrite for not protesting against them. As an activist and peace campaigner, I am very clear about what I have previously and will prospectively take to the streets to protest against. Let me give some examples:-

1. Israeli attacks and their occupation

Israel has an embassy in London. When they kill women and children, I will show my disgust and anger, and protest outside their embassy. I have and will also protest outside 10 Downing Street because my Government is complicit in its silence and also arms Israel with the weapons to kill the mothers and children. Remove their embassy, our Government’s and the US Government’s support and I will no longer be protesting.

An illegal war which would massacre hundreds of thousands could be seen from miles away.  I was right to stand and be one of the many protesting in the UK, against Tony Blair taking our country to war.

Their deposing of an elected Government by a military coup meant a protest at both the Egyptian embassy and at Downing Street because of their support of the coup was justifiable.

Tuition fees and Cameron’s Eton buddies’ plans, which only widens the gap between the rich and poor with their education policies, makes protests justifiable in the streets of the UK.

In the case of ISIS, what use is marching in the street against a group which neither has an official office or embassy nor is it supported by my Government in any way? Rather, it is a group my Government are already tackling. Whom am I protesting to, other than merely fulfilling the clamour that Muslims should protest against ISIS? The only justifiable protest in the UK may be outside the US embassy, and that being for arming ISIS and helping this group grow in the first place. The same applies for protesting against Boko Haram, of whom I spoke out against, do not support and neither does my Government – again a non-protest.

I should not be made to protest against the criminal acts of Muslims just because they happen to use the term ‘Islamic’, or use Muslim names in any way, as though I am personally and directly responsible for keeping them on the straight and narrow. How many white Britons have been asked to protest on the streets and dissociate themselves from the likes of Jimmy Savile? Not a single one. Is it not the case that Catholics are not targeted because their ‘officials’, their priests, have sexually abused? Catholics should not be made to condemn and protest, it is not their responsibility, just as it is not mine or any other Muslim’s responsibility to protest.

I dismiss the notion that we Muslims are not doing enough; criminals should be treated like criminals when they are behaving as such.  Our religion, Islam, is one which even has guidelines for looking at a woman out of respect for her. Considering this, would I allow others to lay blame at the door of my religion when people knowingly ignore the religion and commit sexual abuse? This is unacceptable. The behaviour of criminals should in no way be linked back to my religion whether it be sexual abuse or ISIS, and it is time we Muslims stopped taking responsibility for the actions of criminals.

There is a feeling amongst some that by coming out strongly and publicly against ISIS, we will somehow help to counter Islamophobia. Tackling Islamophobia is not about appeasement and dancing to the Islamophobes tune. Today it is ISIS,  tomorrow it will be back onto one of the regular topics such as wearing of religious headgear or halal meat. Islamophobes will never be happy, and the sooner we Muslims accept this and start challenging their rhetoric directly, the better for us as a community.   Was the UK Jewish community even asked if they condemned in the slightest the actions of the Israeli Government in the recent Israeli attacks which killed 1,500 Palestinians? Was the UK Buddhist community called upon to comment when Buddhist monks led attacks and killed hundreds of Muslims in Burma over the past couple of years? One hate filled Burmese Buddhist monk even calls himself “the Burmese Bin Laden” but who has even heard of him in the news? In the Central African Republic (CAR) this January, Muslims were attacked and killed by Christian militias, where one of the murderers ate the flesh of a Muslim in an act of cannibalism. Was the UK Christian community asked to take responsibility and condemn these acts? No.

No other community has been made to feel responsible for the crimes committed by people of their faith other than Muslims.  Why is this only exclusively applied to Muslims?  This has now become so commonplace that radio and TV journalists regularly ask Muslims if they condemn such and such an act. Matt Frei of C4 News, at the end of a recent debate on ISIS, asked Asim Qureshi of Cage if he condemned ISIS, and was taken aback when Mr Qureshi replied “Did you ask me that because I’m Muslim?” It seems it is now natural to expect Muslims to dissociate themselves publicly from one criminal act after another simply because they profess to the same religion. Asim Qureshi’s reply was one we should all take heed of and push back with.

Please; before calling us hypocrites, pushing us out into the street with an anti-ISIS placard to satisfy the whims of people with their own agendas, think about why we should be out on the streets? And what we would achieve as a result? Where should this protest even take place? Should we just huddle in a random park and shout a few slogans to momentarily satisfy the Islamophobes? Muslims protesting against ISIS will take Islamophobia onto another unprecedented level – beyond the damage by the sermons on grooming.  We must not fail to recognise this and must snap out of the ‘guilt by association of religion’ we have fallen into. A protest in the UK against ISIS is absurd, counter-productive, irrational; it is frankly ridiculous. And yet, it seems only a matter of time before gullible or ‘funding seeking’ Muslims organise a protest, desperate to be seen doing the ‘the right thing’, for no other reason or benefit.  For our own sakes, let us not be a part of it; it is not our responsibility.

When once again the call comes “Muslims jump!”, we must rid the habit of replying “How high?” and should instead reply, “Why?”