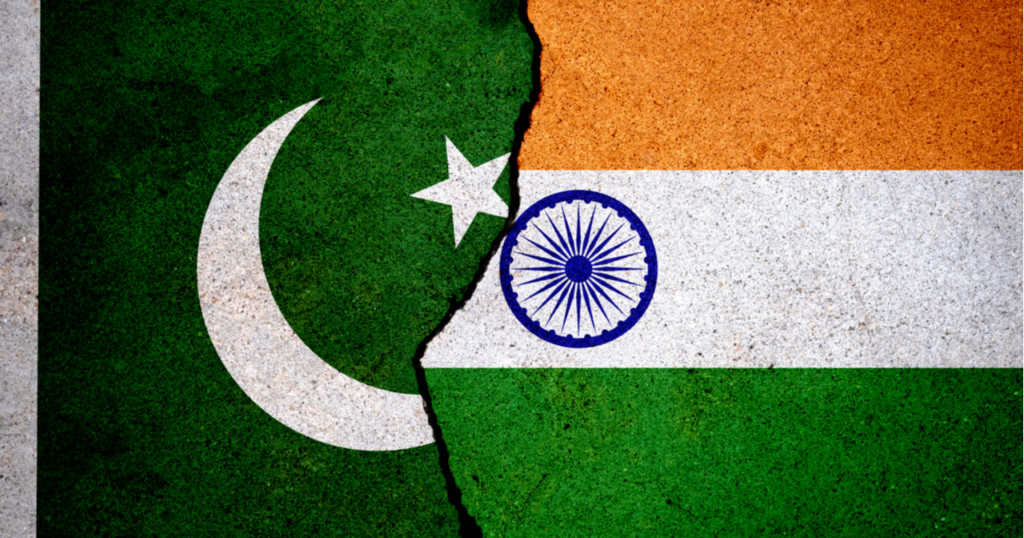 Modi’s surprising actions in Kashmir after the repeal of Article 370 are influenced by a worldview that has seized India: Hindutva. In this rabid form of nationalism built upon a grand conceit, Hindu nationalists view Islam as the main problem. For these nationalists, the place of Islam in India is one that is subdued, depoliticised, and chastened by the power of the state and the braying of the mob. It is a necessary doctrine that Modi has encouraged to create a direction for his country that provides purpose and meaning for what many Indians today call the country’s historic moment. [1] Modi has attempted to patch together a ‘grand narrative’ about the country as he aspires to develop India into a regional power. [2] Like most ultra-nationalists, focussing upon a perceived enemy within – and an enemy next door – enables a national sentiment for national progression. In this regard, Hindutva shares a lot with 1930s European fascism.

The mob lynching of Pehlu Khan, a 50-year-old dairy farmer from Rajasthan just north of New Delhi, was caught on camera and uploaded to the internet by those accused of murdering him. This may have horrified outsiders, but in India, his attackers have been lionised. The six killers were filmed brazenly beating him to death whilst he pleaded for mercy. Last week, they were acquitted of murder on a technicality: the video had not apparently met the standards of forensic evidence. This was despite countless witnesses, two of whom were his sons (who were also beaten), and despite one of the assailants admitting to the murder to an undercover reporter. Around 50 people have been lynched in the last three years by so-called cow vigilantes, and hundreds more have been injured.

Indian academic Fadl Hejazi argues that the impunity with which the killers conduct their mob justice arises from the certain knowledge that India’s state institutions will ultimately exonerate them. [3] Since coming to office in 2014, Modi has systematically eroded the independence of state institutions. The judiciary, law enforcement, and civil administration have all been subverted by his call for national renewal and the need to chasten Muslims. Even more insidiously, this nationalism has created a media conformity that requires TV anchors and pundits to echo the message coming out of New Delhi or otherwise be branded as unpatriotic. The recent Pulwama and Balakot episodes illustrate the length to which India’s media is ready to conspire with Modi.[4]

Since partition in 1947, Indian politics has been dominated by the Indian National Congress, the party of its founder Nehru. This one-party domination collapsed in 1998 for a brief period when the BJP came to office, and it seemed, for a while at least, that a new two-party system would replace the monopoly of the Congress Party. When the BJP lost power in 2004 and the Congress Party returned to dominate Indian politics for a decade, such views seemed premature. However, in 2014, the BJP returned under the leadership of Narendra Modi and dominates the Indian political scene today, having won a landslide electoral victory in April 2019. This is in no small part due to both the Obama and Trump administrations barely concealing their support for Modi. For the US, the BJP government can be enlisted to side with it in its quest to provide a counterbalance against its new global competitor, China. [5] This is why, despite his obvious power grab in Kashmir, Modi is feted around the world, moving from the UAE to the G7 summit in France last month posing with the so-called great global powers. Not only does this embolden Modi at home, it also sends a clear signal that what happens in Kashmir in terms of state repression, imprisonment, and disappearances is unimportant to powers that profess liberty for all.

For their part, the US has remained muted over Modi’s mob justice and Kashmir land grab. India’s strategic importance, and that of the BJP remaining in government, supersedes any consideration for justice. In the short term, the Trump administration sees mediation on Kashmir conditional to full support from Pakistan over its Afghan dilemma. This support, at least from the perspective of the US, has until now not been genuine, with the US accusing Islamabad of playing a double-game.

America’s longest war may be coming to an end; at least, that is the hope of the Trump administration. For 18 years, the US has failed to bring the Taliban to heel, oscillating between failed troop surges and periods of diplomacy. The Bush administration began the war with grandiose notions of regime change and democratic transformation only to be swallowed into a quagmire about which most Americans had lost interest. When Obama came to office, he announced a troop withdrawal and a drawdown of US commitments as he attempted to refocus his attention to the Far East and the emerging threat from China; his so-called ‘pivot to Asia’. However, this intention to leave Afghanistan came with a troop surge. At one point, 140,000 NATO ISAF troops were deployed to root out the militia group that had fought a successful asymmetrical war. By 2014, Obama’s failure was clear: the Taliban remained at large and their power had not eroded. All Obama could do was save face and publicly withdraw whilst rebranding the operation and keeping a residual force of 9,000 soldiers to supposedly undertake ‘non-combat’ roles. This facade was soon exposed, as US troops had to re-engage. The subsequent Trump administration soon had to accept the inevitable: the only solution was to negotiate a way out. However, like the other failed war that the US fought in Vietnam, it had to ‘leave with honour’.

The US need Pakistan to bring all of the Taliban to the negotiating table. More critically, pressure needs to be applied on the militant group to negotiate with the Ghani government of Afghanistan. The Taliban thus far have refused to speak to Ghani, preferring the optics of negotiating with the world’s superpower. Without this, the US presence in Afghanistan would be shown to be what it truly is: the real political force in the country. Simply put, Trump needs the above two conditions to be met to ‘leave with honour’. Withholding diplomatic support for Pakistan over the issue of Kashmir applies pressure on Islamabad. The hope of the US is that Pakistan will get the message.

For his part, Imran Khan has to play the role of the resolute leader, taking to Twitter to castigate Modi and talking of Hindutva and false-flag operations. [6]

These events are coupled with a failed Security Council special meeting sponsored half-heartedly by China, [7] calls to take India to the International Court of Justice, and, bizarrely, an attempt to suspend Priyanka Chopraas a UN goodwill ambassador. [8] These moves may play well to temporarily pacify an enraged public but they do little to address the real problem of India’s occupation of Kashmir.

Muhammad Jalal is Head of Politics at a British college and holds masters’ and graduate degrees in Politics and History.