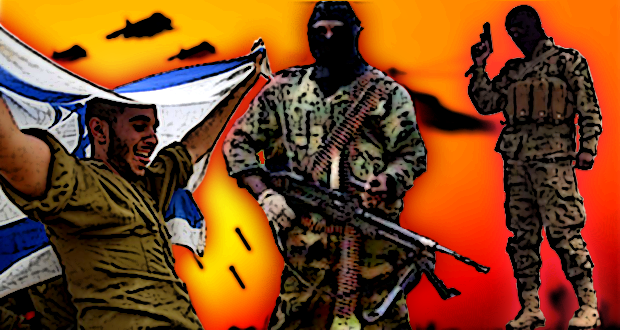 “Without a policy to defeat IS in Syria any approach in Iraq is doomed to failure.” Julien Barnes-Dacey of the European council on Foreign Relations.

So, should we assume that a vibrant course of action will now be taken? President Assad wasn’t quite enough but ISIS/IS should do the trick.

With the killing of civilian reporter, James Foley in Iraq in response to US air strikes, Prime Minister David Cameron forgot to iron his shirt let alone ponder over whether he needed to go back to the office. This was of course a response in stark contrast to that which we saw amidst the few thousand civilian casualties piling up as a result of Operation Protective Edge.

The Gaza ceasefire over the last few days was done away with on Tuesday night as negotiators made their way back from Cairo; by Wednesday morning Operation Protective Edge was in full bloom. The infant son and wife of Hamas commander Mohammad Deif killed, amidst many.

Meanwhile, militias that Nigerian President Goodluck Jonathon is calling “National heroes” [1] are massacring Muslims in Nigeria after being trained and equipped with international funds[1]. With Nigeria being Britain’s key counter terrorism partner in the region, I guess it’s not entirely unexpected.

It was just a few months ago that #BringBackOurGirls was trending globally and everyone who was anyone was holding up their placard, from Michelle Obama to the red carpet at the Cannes film festival. I remember at the time reading reports on separate kidnappings by the government—of course this wasn’t a part of the mainstream narrative but I didn’t delve much deeper[2].

Consumed by the crisis in the Central African Republic my attention lay there. The Central African Republic has seen an unprecedented level of violence which spiralled out of control early this year, leading to masses of Muslims fleeing for their lives. I recently travelled to the country’s borders visiting refugee camps in Chad and amidst the horror and sadness in the eyes of those I met, it was a particular story which stuck.

A young, widowed man who had escaped with his two sons spoke to me about his heart-breaking loss, but one that he was angered by rather than saddened. Omar, not alone in his accusation, blamed the level of violence purported towards the Muslim Community in CAR on the French peacekeeping troops. I’ve written about this before [3], but the fact is that he was blaming western intervention, intervention working to favour militias who happened to be attacking Muslims.

The subsequent result of this was that Muslims had nothing to defend themselves with or no one to defend them as they were killed in violent mob attacks. Masjids burnt and homes looted, all they could do was flee for their lives.

This is an all too familiar environment and all too familiar situations. Reports by Human Rights organisations [4] have come to surface on neighbouring countries, so is this accusation of complicity really so difficult to believe?

As Kenyan counterterrorism police face accusations of kidnappings, killings and mistreatment, the watchdog Human Rights Watch have not shied away from the role of Britain and the United States. The security unit receives significant support and training from the United States and the United Kingdom. “Donors need to carry out their own investigations of these abuses and suspend their assistance to abusive forces, or risk being complicit in Kenya’s culture of impunity,” the rights group said [5].

Last night a documentary [6] I watched bought alive further reports on mass atrocities and killings of Muslims in Africa. After minutes it proved to be one of the most difficult things I have ever watched. #NigeriasHiddenWar laid out a damning report condemning the government and its support for violent militias as video footage laid facts bare. The documentary included video evidence of government forces rounding up hundreds of men and waited for the army to arrive to shoot them down, along with men accused of being Boko Haram having their throats cut as though they were being sacrificed. Men had their hands and legs tied behind them and were beaten under the scorching sun, a woman was being beaten to the ground whilst cradling her baby. This militia receives training, weapons, powers to detain and wages from their government, one even receiving funding from ours in Britain [7]. At least 4,000 people have died in military custody in Nigeria [8], as Goodluck Jonathon’s war continues, in Nigeria’s own-flavoured “war on terror”. Little different to many, civilians are being killed.

Operation Protective Edge has led to more than 2,000 fatalities and the death toll in Syria has reached at least 200,000. International war crimes are being committed in Nigeria and “ethnic cleansing” in CAR [9]. At least 100,000 were killed during the Bosnian war [10]; 8,000 during the Srebrenica massacre [11]; between 1992 and 1995 40,000 women were raped in Bosnia with testimony from the women showing the level of humiliation and degradation they suffered at the hands of Serbian forces [12].

As a country, we choose our involvement and the role we play but the politicians will never own up to this. We, the people must take a stand regarding these atrocities taking place and the complicity of our own governing bodies. We have presented our outrage for our brothers and sisters in Palestine but whilst doing this, we must not forget the hidden wars in Africa. Tied up on the ground in the midday sun of Nigeria and tortured, the only image that came to my mind was that of Bilāl (radiyAllāhu ‘anhu). Missiles or machetes, whatever the tool, victims speak for themselves.