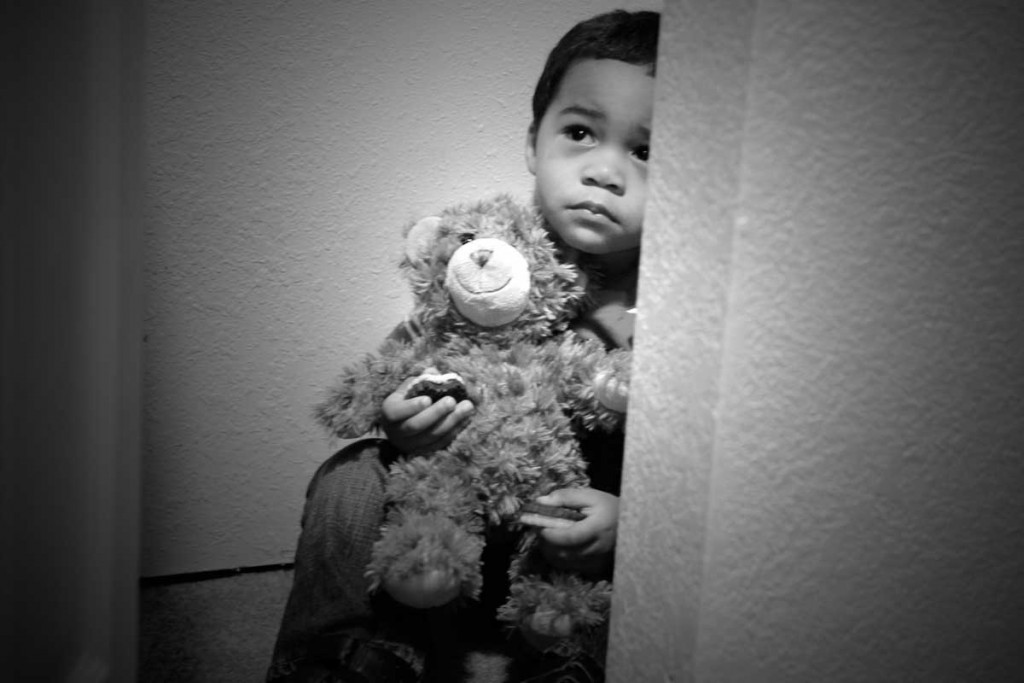 Firmly the door shuts. Footsteps draw closer. Your body stiffens as fear overtakes you. Frozen, he grabs you. Sobbing silently, you pray for this to be the last time, knowing it probably will not.

Unspeakable. Tragic. Horrific. Adjectives often used in the press, yet all combined not enough to underline the utter loss of innocence suffered by victims of child rape. Two cases have had recent media attention; Lord Greville Janner and the father of Poppi Worthington.

Greville Janner succeeded his father to hold the Leicester North constituency as its MP and appeared, until recently to have lived an impressive life. A darling of the British Jewish community, Janner was devoted to his community and would spend much of his time serving it. He even became President of the Board of Deputies of British Jews, arguably the highest position in British Jewry. Janner was also a fierce defender of Israel, together with being vice-president of the World Jewish Congress and chairman of the Holocaust educational trust.

A flamboyant politician, Janner enjoyed guiding Michael Jackson and Uri Geller around the House of Commons. Janner’s rich and famous friends did not stop there, ennobled by Tony Blair, pictured with David Cameron, it was also Janner’s privilege to host the Queen for the anniversary of the Commonwealth Jewish Council at St James’s Palace[1]. Tragically, it is alleged that Lord Janner used his public profile to coerce young, vulnerable, defenceless children into silence.

Despite numerous credible allegations of child abuse, the silence of the Establishment including the esteemed British Jewish organisations has been shocking. As the ex-Chairman of the Holocaust Educational Trust, the ex-President of the Commonwealth Jewish Council, the ex-Vice President of the World Jewish Congress and the ex-President Board of Deputies of British Jews, essentially Lord Greville Janner was one of the heads of the British Jewish community. Yet, none of these esteemed Jewish organisations have condemned or even distanced themselves from this alleged paedophile. Nor have any been asked to do so by any media outlet. Odd. Gilad Atzmon, British Jazz artist and author asks an interesting question[2]:

“Would the English church enjoy such impunity? Would the British Muslim community get away with any of its leaders being associated with buggery and paedophilia? I’ll let you ponder this one.”

However upon the death of Lord Janner Jewish organisations made the following comments:

Sir Mick Davis, chairman of the Jewish Leadership Council, said: “The passing of Greville Janner marks the end of an era for the Jewish community. Our thoughts and prayers are with the Janner family at this most difficult time.”

Chief Rabbi Ephraim Mirvis tweeted the following message: “Condolences to the Janner family on the passing of Lord Janner today. Our thoughts and prayers are with them.”

It is ironic, given the decision not to prosecute Lord Janner and the subsequent cancelation of the trial on the facts, that Lord Janner’s own reaction as chairman of the Holocaust Educational Trust to the failure to prosecute Nazi war criminals due to ill health, was the following:

“I am sorry that he was not tried while he was fit enough to stand. War criminals have managed to evade prosecution under our system of justice for decades. There were absolutely no reasons why he should have escaped charges for ever.”

Prominent Jewish organisations were not alone in their silence regarding Lord Janner – indeed it is a matter of curious fact that the QC remained a Peer to his death. Quite why he was not stripped of his peerage is a mystery, as is why it cannot be done posthumously. It should be noted that Lord Janner’s family said via their legal representation: “Lord Janner is a man of great integrity and high repute with a long and unblemished record of public service. He is entirely innocent of any wrongdoing.”[4]

Notwithstanding that, at least 22 credible allegations of child abuse spanning several decades had been made against the Peer. The alleged crimes were horrific with claims of child rape at various locations including at the House of Commons, primary school and care home.[5] It is saddening to think that nowhere was safe for these poor, vulnerable, abandoned children. It is noted that these allegedly abused children were not children of privilege, or indeed of Janner’s friends. Whether that is because of opportunism or pure contempt for the ‘underclass’ has yet to be established, but what is without doubt is that the Establishment ensured that one of their own was not brought to account for his alleged crimes, not only during previous investigations but also recently. Indeed police officers have stated they were forced to stop investigating Janner.

Eyebrows were certainly raised when it transpired that Alison Saunders, Director of Public Prosecution, decided not to prosecute Lord Janner, but had actually undertaken her pupilage in the same set of chambers as the disgraced Peer. A CPS spokesman stated that despite Lord Janner being a QC at the chambers they had never met.

Further concerns that Establishment figures moved to cover up Lord Janner’s crimes gained credibility when it was revealed that Sir Richard Henriques QC, the retired judge charged with reviewing past errors that prevented Lord Janner being prosecuted was also a close friend of the late George Carman QC, the senior barrister hired to defend Lord Janner against abuse claims. Indeed the judge had considered George Carman a friend and mentor at the Bar. It may be of interest to note that it was George Carman QC who represented Sir Jimmy Saville when he threatened to sue newspapers if they printed child abuse claims made against him.[6]

Sir Jimmy Saville OBE, KCSG: Britain’s most prolific predatory sex offender. Sir Jimmy Saville too had friends in high places. He spent many a Christmas with the late Margaret Thatcher chilling at Chequers, and was nominated by Cardinal Basil Hume to membership of Athenaeum, a private members club in London. Cardinal Basil Hume, guiding light of Catholicism in the UK, is himself no stranger to controversy having been heavily criticised for ‘hushing up’ abuse at a Roman Catholic school which resulted in the pupils of that school suffering: “decades of abuse from at least six paedophiles following a decision by former Abbot Basil Hume not to call in police at the beginning of the scandal.”[7]

Yet another person, who has seemingly escaped justice due to alleged institutional failings,[8] is Paul Worthington, the father of Poppi, a 13 month of baby allegedly sexually assaulted by him. It is difficult to type such a sentence, let alone reflect upon it. The harrowing story ends with Baby Poppi dying from the injuries caused by the rape.

“And your Lord has decreed that you not worship except Him, and be kind to your parents. Whether one or both of them reach old age, say not to them [so much as], “uff,” and do not repel them but speak to them with kindness.”

Allah warns the believers in numerous passages of the Quran to be kind to our parents, but you will not find a single verse specifically reminding parents to be kind to their children. Why? Because it is something natural. Mercy from parents towards their offspring can be seen throughout nature. It is the ultimate expression of unconditional love. This makes crimes like these even more difficult to swallow; how far human beings have gone from the pure fitrah Allāh created them upon, in search of serving their lower sexual whims and desires instead of him. Indeed Allāh informs the Prophet (peace and blessings be upon him) in the Qur’ān:

“Have you seen the one who takes as his god his own desire? Then would you be responsible for him? Or do you think that most of them hear or reason? They are not except like livestock. Rather, they are [even] more astray in [their] way.”[9]

Paul Worthington was said to have watched pornography before allegedly sexually assaulting his 13 month old daughter.[10] However, due to a series of unforgivable police errors Worthington has not been charged with the rape and murder of his baby daughter which has rightly caused revulsion and disbelief in equal measure. Worthington is, according to his sister, now abroad, perhaps getting a tan in sunnier climates.

Whilst Sir Jimmy Saville, Lord Greville Janner and Paul Worthington, or indeed any other alleged paedophile may have escaped British justice, they cannot escape Divine justice. Indeed, our noble Prophet (peace and blessings be upon him) described one of the many punishments of evil-doers in the hereafter:

“Super-heated water will be poured onto their heads and will dissolve through it until it cuts up their innards, expelling them; until it comes out of their feet, and everything is melted. Then they will be restored as they were.” [11]

“And whoever comes with an evil deed – their faces will be overturned into the Fire, [and it will be said], ‘Are you recompensed except for what you used to do?’”[12]

“[The stern command will say:] Seize him and bind him, and drive him into the blazing Fire, further, make him march in a chain, whereof the length is seventy cubits.”[13]

Muslims must never be fooled with the thought of someone getting away with an injustice, for that is all part of Allāh’s plan. To be caught, shamed and punished in this life is a far lighter retribution in comparison to meeting Allāh on the Day of Judgement with the burden of that sin still on one’s neck. Allāh’s justice will prevail over all evildoers, including Muslims who carry out any injustice.