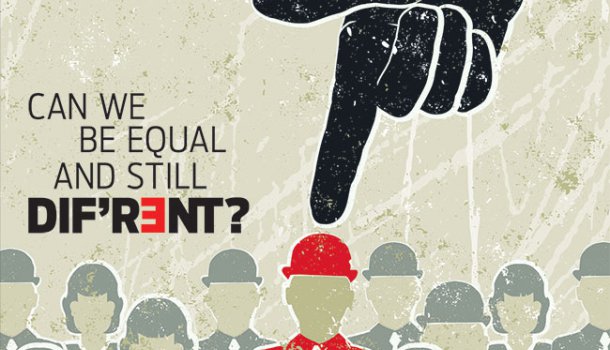 The call for Muslims to integrate is getting ever louder. After the sky being blue the next most commonly accepted fact these days is that Muslims are not integrated. Interestingly no less an authority than the Social Integration Commission found that the evidence points instead to Blacks and Asians being better integrated in Britain than Whites: “The level of social integration between social grades remains broadly the same across all ethnic groups” while Whites were found to be the least ethnically integrated being 7% and 10% more likely to keep themselves to themselves than Asians and Blacks respectively. [1] Muslims specifically are 27% more likely to strongly identify with Britain than the general population, more likely to be proud to be British and have a greater sense of belonging.[2] Overall it was found that “Indians, Black Africans, Pakistanis, Bangladeshis and Middle Eastern Muslims associate most closely with Britishness.”[3]

Having failed to prove that we are not integrated in any meaningful way, the only thing left for the propagandists at even the highest levels was to repeat the lie enough times until people believed it. In David Cameron’s recent Birmingham speech he mentioned integration 10 times, segregation 10 times and multiple use of words like allegiance, belonging and isolation.[4] According to Barak Obama the Muslims’ failure to integrate is literally “the greatest danger that Europe faces.”[5] A greater danger than cancer, car crashes, saturated fats and Godzilla.

An effective way to spread disinformation is to attach a lie to something that is at least partly true. They claim the proof of our lack of integration is that we are not in the “Social mix” with non-Muslims and then add “and this is why Muslims are a problem.” It is an easy and effective attack. Most non-Muslims can prove the doctrine for themselves by seeing that they do not have any Muslim friends or colleagues. As Brits apparently believe that one in every five of them is a Muslim (an impressive 21% according to Ipsos Mori research[6]), it is understandable why they would think it strange that they do not know any. As the real figure is less than 5% it could just be that there are not enough of us to go around, rather than proof of any sinister problem.

In socially engineered new towns like Milton Keynes they tried to integrate people of different socioeconomic status, “social mixing to deconcentrate poverty.”[7] They built cul-de-sacs with smaller cul-de-sacs branching off the main one. The houses were cheaper in the first branches getting more expensive as the roads went on. The result: The BMWs just drive past to their end of the road and the birds of different feathers still do not flock together. It did achieve the goal of dividing people into smaller groups and avoided a repeat of the large estates they moved out of from London, but in the process it disproved the idealist’s fantasy: if you force everyone together it does not mean they will all mix and equally participate; it just isolates people from others like them and reduces the likelihood of communities occurring.

There has been a documented decline in community over recent decades. One highly cited report found that,

“The country has become steadily more socially fragmented since 1971. The data and analysis presented here suggests that the social glue and cohesion has been weakening and that Britain has been steadily moving towards a slightly more atomised society with each decade that passes.”[8]

No fingers are pointed at Muslims as only 0.46% of the population were Muslim when this trend started in 1971. In fact the report says,

“Although Britain has been dividing and segregating in every way measured by the data presented in this report, it should be noted that there were some areas where the divisions narrowed. For instance, Britain is less segregated by race and ethnicity than it was in 1991”

The increase of Muslims to Britain’s multicultural mix has coincided with a decrease in racial and ethnic segregation.

Very often when Brits look for a cause for our community disintegration, rather than asking ourselves why we have no interest in knowing our neighbours or being involved in local issues, many of us bizarrely turn on immigrants and these days particularly Muslims and Islām. Not only is there no evidence to support their accusations but it should be Muslims who are the least likely to suffer from community disintegration. There are many reminders in Islām to maintain the ties of kinship, to honour neighbours—whatever their religion—as though they were family, and up to 5 daily visits to mix socially at the mosque for communal prayers where people are reminded we are all equal before the Creator regardless of our socioeconomic status. It seems rather than being the cause of community disintegration, Islām has the cure.

In 2007 after staying briefly with a Muslim family in Birmingham, an apparently unfamiliar David Cameron wrote,

“Many British Asians see a society that hardly inspires them to integrate. Indeed, they see aspects of modern Britain which are a threat to the values they hold dear – values which we should all hold dear. Asian families and communities are incredibly strong and cohesive, and have a sense of civic responsibility which puts the rest of us to shame. Not for the first time, I found myself thinking that it is mainstream Britain which needs to integrate more with the British Asian way of life, not the other way around.”[9]

After just one night in a Muslim house he had seen the light. It is a pity that his vision has become clouded since gaining power. It is clear from the way he uses the word “integrate” there that to Mr Cameron it is interchangeable with “assimilate” or “adopt” and that is why he finds it all so confusing. On the one hand all the evidence shows that we are well integrated while on the other hand we are still very Muslim, so clearly have not adopted his ways yet.

Many minds have already been made up about Islām before having Mr Cameron’s sadly forgotten family exchange opportunity. Many non-Muslims no matter what mess their personal and spiritual life might be in just assume that their ways are superior and only a belligerent people would refuse to adopt them. Being different is to many now an implicit insult. Suggesting that to be fair they should first look at what Islām has to offer is like asking a child to try a new type of food which they reject before tasting. The parent reasonably asks the child “How do you know until you’ve tried it?”, and the childish reply: “I just don’t like the look of it!”

But it is worse than distaste; it is getting towards terror and panic. One comment to a routine, hysteria-inducing article in the Spectator is a good example of the state of paranoia some are in:

“The question needs to be asked as to what exactly will satisfy Muslims in terms of them not wanting to change/destroy the society they have moved to. As far as I can see nothing short of our total capitulation to their will is going to suffice.”[10]

Anyone reading that might assume we have the non-Muslims outnumbered, outgunned and surrounded, not that we are 5% of the population and mostly socioeconomically disadvantaged with no access to the wheels of power and no media voice. What is he seeing to decide Muslims are asking for nothing less than total capitulation to his will? The Muslim community is not trying to force our ways onto non-Muslims. One of my favourite questions to Islamophobic non-Muslims is “In what way has Islām effected your daily life in the UK?” and I have yet to get more than a blank stare in return. This paranoia cannot be something natural when so many people are getting it while having no idea where it came from. The truth is they are being told that our refusal to give up our way is something to be feared and not for the first time.

However, history does show us that there are those in the ruling elite classes who deem Islām to be a genuine threat. In 1871, in post Mutiny colonial India, Sir William Wilson Hunter published a report explaining the “danger to British power” of the “persistently belligerent class”: the Muslims.

“The Musalmans of India are, and have been for many years, a source of chronic danger to the British Power in India. For some reason or other they hold aloof from our system, and the changes in which the more flexible Hindus have cheerfully acquiesced, are regarded by them as deep personal wrongs.”[11]

In the next article in this series inshā’Allāh, we will look to history for crucial insights into the ideology of assimilation today.