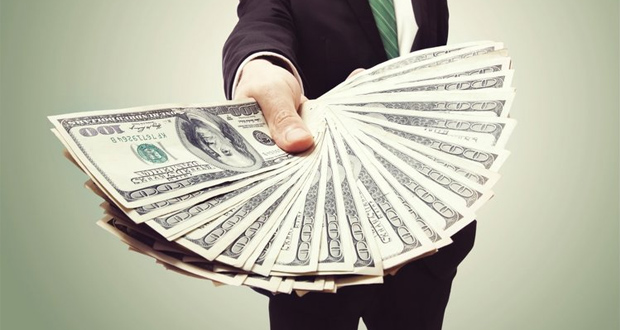 Benjamin Zephaniah is a poet and writer born in Birmingham to parents of African-Caribbean heritage.  He was listed by The Times as one of the top 50 greatest post-war writers.  However, he is probably best remembered for the fact that he turned down an OBE (Order of the British Empire) in 2003.  Zephaniah went on to say:

Zephaniah is clearly a man of principle.  Principle being a concept or value which is a guide for an individual’s behaviour and decisions.  For Zephaniah, the historical persecution of his forefathers, people he never knew or met, meant more to him than an OBE.  Hence, he sacrificed that “honour”, privilege and status for an opportunity to honour his forefathers, highlight the historical persecution and crimes associated with the British empire, and ultimately snub the ruling classes and the establishment.

Being principled is one of the most fundamental characteristics which defines a Mu’min.  For each and every Muslim, the principle value and belief system which underpins all action is none other than Islām itself and ultimately taqwa—consciousness, awe and fear of Almighty Allāh.  How can a Muslim adopt a position which fundamentally contradicts or opposes the very values and principles that they supposedly believes?  Is that not hypocrisy?

It was this very question that was reverberating through my mind when I was surprisingly offered a “role” for Prevent.

Out of the blue

Quite out of the blue, and via a third party, a local police constabulary’s lead officer on Prevent asked to meet with me.  I obliged, having been reliably informed that the meeting was attempting to seek my views regarding the government’s troubled and now “toxic” counter “extremism” strategy.  To my bemused astonishment—and well-disguised amusement—I was offered a ‘role’.  This was not just any ‘role’ either. It was one supporting a particular police force in England in carrying out its Prevent duties, by providing some sort of “community liaison”.

The role would have undoubtedly given me a position of “privilege”, influence within the police, immunity from ever being classed as an “extremist” and potential financial gain.  However, despite all the perceived “benefits” there was not even the slightest temptation whatsoever—al-Hamdu lillāh.  I politely mentioned some of my concerns, then respectfully stated that I would respond formally by email—two paragraphs of which are repeated here:

“As I explained in our meeting, it is the view not just of myself, but that of many others, that the Prevent programme is fundamentally discriminatory against the Muslim community.  Hence, just as I would have turned down a role, if offered, supporting the apartheid regime in the ‘old’ South Africa, similarly I turn this down.

“However, it is fair to say that my decision is not solely based on this specific reason.  My main reason is that I, and many others, believe that at the core of the programme is an implicit causal factor for ‘Radicalisation’.  This implicit causal factor is none other than my beautiful and peaceful religion of Islām.  Hence, my overriding reason in refusing this role is that Prevent implicitly tarnishes, slurs and denigrates Islām.”

There are many Muslims who work with, support or advocate for Prevent.  I respect their right to make their own choices, however I fundamentally disagree with them.  They justify their involvement by arguing a range of justifications, but I would not say they are all racist or Islamophobic themselves. Some have bought into the propaganda and demonstrably false narratives pushed by right wing newspapers and politicians: “Prevent is about safeguarding”; “this is about radical Islām not “real” Islām!” they may say. Others however, understand that Prevent is counterproductive and structurally racist,[2] or built upon academically refuted foundations,[3] but argue that if they don’t work with it then others “less worthy” will.

People often forget that the great majority of doers of injustice throughout history always justified their actions in one way or another—the ability to justify something is surely not the basis for right and wrong. It is no surprise that Allāh (subhānahu wa taʿālā) has warned us of saytān’s oldest trick multiple times in the Qur’ān:

“…And Satan had made pleasing to them their deeds and averted them from the path, whilst they were endowed with perception.”[4]

“Then why, when Our punishment came to them, did they not humble themselves? But their hearts became hardened, and Satan made attractive to them that which they were doing.”[5]

Allāh even instructs Muslims to warn others of this fact:

“Say, [O Muhammad], ‘Shall we [believers] inform you of the greatest losers as to [their] deeds? [They are] those whose effort is lost in worldly life, while they think that they are doing good work.’”[6]

This is not to say that we should approach everything with a black and white worldview, as though there are no moral grey areas or ethical dilemmas. Of course, Allāh’s perfect dīn has built into it the mechanisms to reconcile conflicting ethical or legal considerations. However, one of the easiest ways to fall into the traps of shaytān is to ignore the due process within the dīn for making such tough decisions—such as consulting people of knowledge and expertise in the particular field, as well as consulting (shūrā) with others, particularly those who will be affected by your choices. Sadly, too often do some people take the decision to do something potentially damaging like work with Prevent without consulting knowledgeable people, thinking they are going to limit its damage whilst in the end their cooperation does more harm than good, even ending up damaging their own reputation.

Our beloved Prophet of Allāh (sall Allāhu ʿalayhī wa sallam) went through so much hardship, strife and pain so that we could receive the unadulterated, beautiful dīn of Islām that we have today.  The enemies of Islām laid before him all of the world’s riches, unbridled authority and gifts to satiate all desires—however there was no compromise in certain things.  Sadly it does seem that some of us now are such that we are prepared to sell our dīn and principles for even the measliest of rewards of this Dunya.

There is no doubt that there will be times in everyone’s life, just like Benjamin Zephaniah, where one will be required to take a principled position.  And as principles go, no principle can be higher and more honourable than defending our beautiful dīn of Islām, as well as standing up against injustice even if sugar coated with “safeguarding”.

Subscribing to noble principles are one thing, but remaining steadfast on them in the face of challenges, opposition or desires is another. Let us not forget that one of the most frequent duʿās that the Prophet (sall Allāhu ʿalayhī wa sallam) would make was: “O turner of hearts! Make my heart firm upon your dīn!”[7]

I pray that the Almighty guides us always with the highest and noblest set of principles – Islām. May He make us firm on our dīn and forgive our shortcomings.