Reflections on the Nicolas Anelka Saga 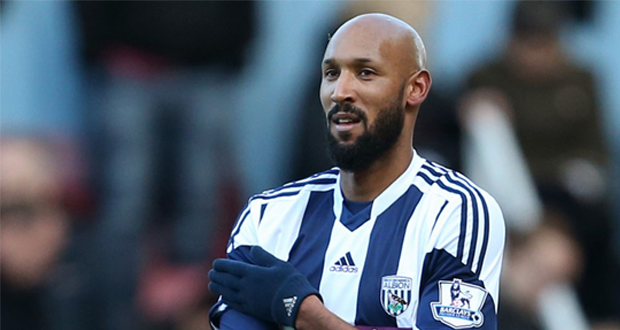 Abdul Salam Bilaal, more commonly known as Nicolas Anelka, sparked controversy at the end of last year after scoring two goals in a premier league football match. His celebration of said goals was making the ‘Quenelle’ gesture, which has been described as an inverted Nazi salute by many media outlets. The footballer will begin a hearing today where he may face a ban if found guilty of “abusive and/or indecent and/or insulting and/or improper” behaviour due to the connotations of the quenelle gesture[1].

Whilst the quenelle is a gesture unfamiliar to a British audience there is of course a context and a history which has made this event worthy of comment and closer inspection. The gesture itself is a creation and now trademark of the French comedian Dieudonne M’Bala M’Bala[2] who has now been banned from performing his acts in France due to their alleged anti-Semitic and racist content.  Quenelle itself is a fish or meat dish and became the name for the gesture after M’Bala said he would like to ‘put a quenelle up the backside of Zionists’[3]. M’Bala M’Bala himself is a popular comedian and political activist and it seems that the majority of his work incorporates anti-Zionism as a major theme—his most recent show is titled ‘Mahmoud’ (after the former Iranian Prime Minister). His political activism follows in similar suit where M’Bala M’Bala openly refers to his disdain of the Zionist policy makers in French politics as well as the Jewish lobby. Clearly Dieudonne M’Bala M’Bala is not shy of expressing his views on Zionism and the Jewish Lobby but he does fall shy of considering himself an anti-Semite. The Quenelle itself is a symbol of his political views—anti Zionist which he clearly feels equates to anti-establishment. The establishment he refers to the most is the French government and media.

It is with the above context in mind that we consider the situation, and how a decision on the Quenelle carried out by Nicolas Anelka will be viewed.  Considered from a broader perspective there are several issues raised by the actions of Anelka as well as the subsequent media response.

The first and perhaps most obvious is how the actions of footballers should be viewed by the Muslim community. Many Muslims feel pride seeing Demba Ba make sajdah as-shukr (the prostration of gratitude), or Mesut Ozil incorporate du’ā into his pre-match ritual. It is clear that Anelka’s celebrations carried an altogether different tone and whether Muslims should see his actions as a positive is debatable. If this incident were to be viewed as a footballer expressing political support then perhaps a comparison could be made to Robbie Fowler supporting Liverpool Dockers in 2005[4]. Despite the boredom which subsumes when footballers talk (I am often left wondering whether the artwork overlying the vocal cords is Sanskrit for Ctrl+Alt+V), it does seem reasonable to expect sportsmen to keep their political support and views out of the sports arena.

The more interesting and worrying issues that this event raised were both the reaction of the media to this as well as the wider ramifications of this reaction.

To say the response to Nicolas Anelka’s celebration has been unilateral is an understatement. Articles in broadsheets over the following weekend argued not about guilt but rather about the length of ban that should be imposed.

What seems to be often omitted, commonly overlooked and invariably downplayed from the media narrative is what the gesture is described as (verbatim) by the inventor as well as the explanation Anelka himself gives.  Added to this is the fact that the Quenelle is currently being used increasingly expressively in France, importantly in the absence of swastikas and follicularly-deplete Caucasians. Furthermore, other sports stars—French and international—have made the same gesture[5] which all give this author the impression that describing Anelka’s actions as clearly anti-Semitic is by no means as straightforward and ostensible a conclusion as is being portrayed. In his response to the allegations of anti-Semitism, Anelka denied being anti-Semitic categorically—it seems absurd that a player would make a sign that is clearly anti-Semitic and then deny being anti-Semitic! He also drew attention to the comments made by Roger Cukierman, head of the Representative Council of French Jewish Institutions, who said: “It seems a bit severe to me because it seems to me that this gesture only has an anti-Semitic connotation if the gesture is made in front of a synagogue or a memorial to the Holocaust”[6].

The reporting of this event highlights the ease with which anti-Zionism seems to have become synonymous with anti-Semitism. This is extremely worrying as it is one of the clearest examples of how misinformation, propaganda and verbal gymnastics can sway public opinion. Zionism is a political movement which with conviction, zeal, and ruthless action conceived and realised a homeland for a Jewish nation. The state of Israel is the spawn of Zionism and it is propagated and continues to prosper through the remarkable positions, power and wealth its protagonists have attained. Judaism however is a monotheistic religion with 14 million believers world-wide with laws and scriptures it considers to be divine. Someone who is an anti-Zionist is not an anti-Semite. Again, someone who is an anti-Zionist is not an anti-Semite.

The unfortunate reality is that coalescing Judaism and Zionism has a huge advantage for Israel and any individual or organisation propagating it; speaking (or potentially gesturing) against Israel, its disregard of international law, the influence of its lobby and the nepotism it promotes has become akin to sympathising with Hitler, gas-chambers and genocide. This is obviously not the case. It is especially preposterous since Zionism was historically more ferociously fought for and established by Christian fundamentalists (who had their own Millenarian motives for wanting a Jewish state), rather than Jews, who were largely against the destruction and ethnic cleansing of Palestine[7].

An extension of this problem is that with the reckless abandonment of accuracy of definition and synonymising of distinct entities we are becoming an ignorant nation, being lead on our merry way to the tune of any agenda in vogue. Consider how the Taliban to many became an alias of Al-Qaeda; how Jihād apparently equates to terrorism; how “Wahhabis” became extremists; how leading scholars became “hate-preachers”; how “Sharī’ah” became only the Islamic penal code; or how ‘enemy combatant’ can mean anything. The power of words cannot be underestimated. We must take on the mantle of giving definitions their due importance and precision in our attempts to bat away the excessive spin that pervades through the media currently.

The last reflection this author had when considering the entire Anelka affair and response was one of admiration. Whilst the response may have been unilateral and agenda-driven one cannot fault the machine which is the Jewish media. The commentators from the leading Jewish media sources, the written press, as well national radio stations all provided a homogenous, unified shrill—any dissidents to this narrative quickly corrected themselves and quickly towed the party line, as can be seen in the aforementioned Mr Cukierman’s 180° reversal[8].

Similarly swift, repetitive and drilled was the response to the Israel-Gaza war amid the exposition of white phosphorous use. The Israeli spokesperson at that time, Mark Regev, did a remarkable job revolving between every news outlet and succeeding in dizzying the viewers. The viewers were ‘reminded’ to the point of indoctrination of the need for Israel to “defend itself” and this message remains firmly stamped in the conscience of many despite the obvious reality that there was only one aggressor in that so-called “conflict.” Perhaps it was felt that blind, indiscriminate attack was the best form of defence.

It is an established and readily verifiable fact that the Jewish population is disproportionately represented in the media world. Much (if not most) of television, written press, radio as well as entertainment media is owned by Jewish and often Zionist personalities[9]. This is a remarkable reality given that the Jewish population represents less than half of one percent of the world’s population. There is no conspiracy, evil or malice in these realities but sharp lessons for us to reflect on.

Stories which impact or touch upon a Jewish or Zionist agenda can thus be given significant amplitude as a result of this power that exists. For example, notice how much attention has been given recently to Muslims wishing to fight in Syria and as human rights lawyer, Asim Qureshi highlighted, very little is mentioned about British Jews wishing to join the Israeli Forces[10]. An increased presence of the Muslim voice is urgently needed to allow some swing amidst all the spin. For too long media, lobbying, political voicing have all been viewed as fad for the Muslim community. Perhaps it time for us to peruse these avenues more seriously.

A final point to consider is that since Nicholas Anelka’s actions at the end of last year, the comedian Dieudonne M’Bala M’Bala has been banned from performing in the UK, a bold step taken by the UK government. It should be obvious (as well as natural and humane) that comedy and the holocaust should be juxtaposed but to enforce this is a bold move and one that again opens a can of worms. M’Bala M’Bala himself does not claim to be anti-Semitic but anti-Zionist[11] which is a stance held by the majority of the world, and to ban his act on the account of it being offensive demands either more clarity or consistency. There are popular ‘acts’ which mock God and ridicule the notion of faith. Other examples include the much covered issue of cartoon images of the prophet Muhammad (sallAllāhu ‘alayhi wasallam) as well as the recent Daily Mail article vilifying the organisers of a Muslim Funday[12]. Again the criteria for censorship needs to be just, consistent and transparent; three qualities that are at an all time premium in the current political climate.

In summary, Nicholas Anelka’s use of the Quenelle, despite the media vitriol was clearly not a display of anti-Semitism and possibly not even anti-Zionism if we are to consider Anelka’s own words as part of our evidence. Anti-Zionism does not equate to anti-Semitism and efforts to do so are misleading and dangerous. The media coverage of this incident again demonstrates the impact that a unified voice can have. Rather than complaining about the influence of Jewish propaganda, media and lobbies, the Muslim community can take some lessons in how unity, zeal and vision can readdress the balance.