A Tangled Web of Religion in Politics 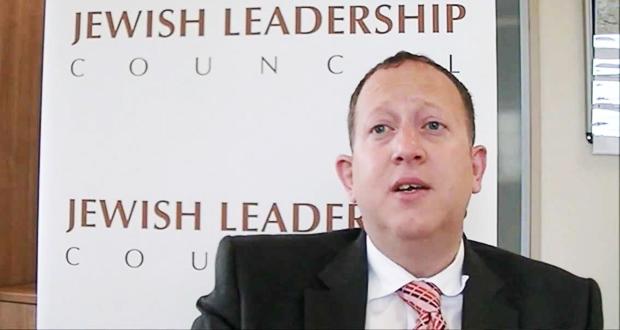 Some may say that the political arena is no place for religious sensibilities but, now and again, religion does raise its head.

I am a Muslimah who recently joined the Labour Party, not because I believe any political party can solve society’s ills but because I had hopes that life in the U.K. could be better than it is now and that we can act to pursue such an aim. In this instance, there emerged a person of upstanding and fair character, a man who seemed to want to make our society more equal and just. Such was Jeremy Corbyn. Hundreds of thousands thought the same and they too joined the Labour party with the same hopes and the same desire to get Jeremy Corbyn elected.

Such was the shock of the establishment elites at the prospect of a leader who seemingly did not believe in working for the benefit of the ‘few’ to the detriment of the ‘many’, that all manner of ‘dark arts’ were, and are, employed to ensure he never reaches the seat of power. There are some very wealthy people happy enough to make money in this country that, by various offshore activities, minimise the taxes they pay. It is people such as these that do not want a man with a vision of a more egalitarian society in power.

Then there are the foreign policy interests. It seems likely that the Israeli state is particularly interested in ensuring the U.K. has a leader who will turn a blind eye to clear injustice. For this reason, “Israel” suddenly and unexpectedly sent its top man, Mark Regev, to our shores.[2] This was once the post of Ambassador became vacant after the then-ambassador was reportedly left vulnerable to blackmail from his frequent late night visitors to his official residence.

Most Muslims will know Mark Regev as the man who regularly appeared on their television screens justifying the bombing of civilians in their homes; the raining down of phosphorus on the population of Gaza, and even the slaughtering with missiles of innocent children on the beach.[1]

Regev’s main objective seems to be to mobilise various established Israel lobby groups and newer astro-turfed Israel advocacy groups to stop Corbyn ever becoming Prime Minister. His arrival coincided with a coordinated attack on the Labour party and its leadership. If we had thought “by way of deception thou shalt do war” was just a slogan, evidence suggests such a war exists within our political arena with a controlled and biased mainstream media also trying to sabotage Corbyn’s chances. Of course, if anyone in the party were to suggest that there was a particular demographic engaging in these sinister plots they would be deemed an anti-Semite. This is not a battle that anyone using logic can win.

Prime amongst pro-Israel groups within the Labour Party is the Jewish Labour Movement (JLM) and last week its leader, one Jeremy Newmark, suddenly hit the Jewish media headlines – and not in a good way. These headlines referred to events of some years back and the timing of these revelations might be seen as somewhat Machiavellian in nature, all of which may become clearer in the days and weeks to come. What is clear now is that despite the fact that the mainstream media has always been more than happy to report on unproven allegations made against Corbyn supporters in the Labour party, including myself, [3] they have yet to report on this story.

It is alleged that during the time he was in his previous job as CEO of the Jewish Leadership Council (JLC), an umbrella group and charity for other Jewish groups, Jeremy Newmark engaged in fraudulent cheating on his expenses. Rather than being sacked, Newmark was ‘allowed to resign’ from the charity for reasons of ill-health though his ‘ill-health’ did not prevent him from standing as the Finchley & Golders Green constituency Labour Party Candidate in the 2017 General Election, or from presently holding the position of Labour Councillor in Borehamwood.

But it is from a religious standpoint that the circumstances around this resignation make for interesting reading.  Despite having allegedly taken thousands of pounds by means of massively inflated expenses,[4] the Jewish Chronicle reports that the decision by the Trustees of the charity to conceal Newmark’s wrongdoings was taken on the basis of ‘Lashon Hara’ the traditional Jewish ‘principle’ of not speaking ill of someone.[5]

Of course we have similar principles against speaking ill of people in Islām. But at what point does the principle of not speaking ill become, in itself, a way to cover up? And is it not understandable that, in their claimed desire to adhere to Lashon Hara, some trustees of the Jewish Leadership Council might be subject to accusations of engaging in a massive ‘cover-up.

This is made worse by the fact that Mr Newmark has had his character called into question on two previous occasions: once in a court case where the judge rejected his evidence as untrue [6] and then in an article which appeared in the Jewish Chronicle last year, claiming Mr Newmark left an Israeli taxi driver with an unpaid bill of £3,000.[7] When the alleged decision to cover up the misdemeanours of Jeremy Newmark was taken, no consideration seems to have been given to the possibility that he might go on to cause harm to others. Is this how Jewish leaders protect their community?

This alleged cover-up is all the more alarming when one notes who was involved – Vivian Wineman, at that time President of the Board of Deputies of British Jews; Stephen Pack, at that time, President of the United Synagogue; and even Sir Mick Davies the CEO of the Conservative Party. All these, plus other prominent community leaders are named in the Jewish Chronicle article. Even now, despite JLM promising that there will be an investigation and that they will take advice on the findings, there are people within the Jewish community who insist that only a person with no connection to the community should be allowed to preside over the investigation. Those of us who are familiar with ‘Israeli justice’ (surely an oxymoron) know that they rarely, if ever, find themselves guilty.

I am sure that in allowing Mr Newmark to stand down instead of being sacked on the grounds of ill health, with three months full salary plus expenses, they believed they were acting for the good of themselves and of the community, and one can imagine how these worthies comforted themselves by telling themselves and others a nice story – that, by not exposing Jeremy Newmark to public humiliation, they were acting out of the noble principle of Lashon Hara.

Until days ago, Newmark, as well as being the ex-CEO of the Jewish Leadership Council was also the leader of the pro-Zionist Jewish Labour Movement whose members, along with other Israel supporters, have been involved in some Machiavellian smearing and denouncing for ‘anti-Semitism’ of a number of Jeremy Corbyn supporters within the party. Suspected tactics include the use of sock-puppet accounts to spy on members’ social media accounts.

Many people were horrified by the findings of the recent Aljazeera documentary The Lobby. This documentary resulted from Aljazeera undercover filming of Zionist parliamentary lobby groups attempting, by nefarious means, to influence British politics. Members of Labour Friends of Israel, Jewish Labour Movement and other Israel lobby groups were exposed in various ways, including the use of a £1million slush fund, the purpose of which has never been explained.

Joan Ryan M.P. for Enfield North was filmed falsely accusing a party member of anti-Semitism and Shai Masot, a senior staff member of the Israeli embassy, was shown expressing his wish to ‘bring down’ a government minister seen as problematic to Israel. Light relief was provided by another JLM member seen threatening to use her ‘Krag Mava’ (unarmed combat skills as used by the Israeli military) on Jackie Walker. None of this has been fully investigated by either the Conservative or the Labour party and no explanation for the various plots, including those of the State of Israel agent, Shai Masot, has been given.

Likewise, last summer we had the case of Pritti Patel who seemed in the process of being groomed by the Israeli government as a possible future leader of the Conservative Party. Ms Patel’s activities, whilst on holiday in Israel, included clandestine meetings with senior Israeli political figures, all the way up to and including Netanyahu himself.  It was puzzling that Ms Patel too was given the opportunity to resign, rather than be sacked, for what many felt were traitorous activities.[11] Ms. Patel, however, remains an M.P. and there is little doubt such an ambitious lady will, sometime in the future, try (and probably succeed) to make a comeback. After all, recall Sir Liam Fox who, after his embarrassing exposé of illicit involvement with Israeli doings only a few years ago is, after a brief period on the back benches, already back as Secretary of State for International Trade.[12] It seems that when it comes to working for the benefit of the “Jewish State”, there is little accountability for wrongdoing and little evidence of any integrity, propriety or shame from those politicians who are exposed and compromised. Nor is there any appetite from our mainstream media or from our political parties to spend any time or effort in investigating any dodgy deeds that involves potential damage to our relationship with the Jewish state.

It is no secret that many Corbyn supporters who have been targeted and denounced for “anti-Semitism” are also activists for Palestinian rights and, looking at the profiles of those accused on the Campaign Against anti-Semitism website,[13] it is noteworthy that 13 out of 39 accused Labour members happen to be Muslim. The website even contains a page especially dedicated to ‘Muslims and anti- Semitism’ which alleges that anti-Semitism is increasing amongst British Muslims. I am pretty sure that what they are really complaining about is not any hatred of Jewish people, but rather increasing frustration and dismay at the situation in Palestine.

The Jeremy Newmark cover up by some leading lights within the Jewish community is surely very damaging for that community. That Mr Newmark remains a Labour councillor and is as yet unsuspended from the Labour party is also damaging to the Labour Party and to its General Secretary Iain McNicol – especially when so many other Labour members have been suspended for so much less.

As well as the damage done by these disgraceful happenings to the Jewish community, to the Labour Party and to the wider British community, should we not, as Muslims, also be concerned?  As Muslims we have a commitment to justice whoever it is for or against, and not be afraid of smears of blamers. Allāh says,

“O you who have believed, be persistently standing firm in justice, witnesses for Allah, even if it be against yourselves or parents and relatives. Whether one is rich or poor, Allah is more worthy of both. So follow not [personal] inclination, lest you not be just. And if you distort [your testimony] or refuse [to give it], then indeed Allah is ever, with what you do, Acquainted.”[14]

The Prophet (sall Allāhu ʿalayhi wasallam) set the standard for the rest of the world to follow when establishing justice and rights independent from the power, tribal or national loyalties that the world was then steeped in. It would thus be a shame if Muslims were to leave this guidance and opt for a politics without their religion.