The futility of the anti-Islamic movement 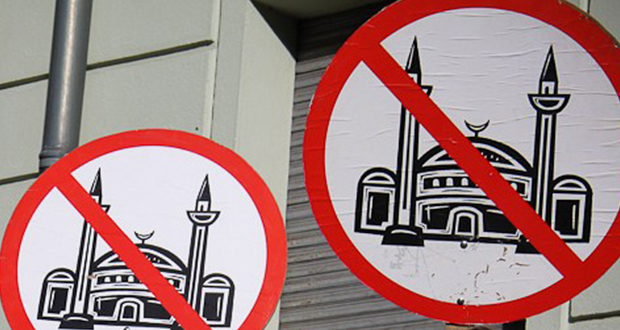 The anti-Islamic movement is destined for failure

It is becoming increasingly obvious that there is a powerful anti-Islām narrative being played in the media.[1] I am not playing the victim card, the evidence is obvious. The Lands of Free Speech and Expression, where there are no limits on free speech and expression provided you are making a derogatory statement about Islām or Muslims, are the prime culprits. I can hear the anti-Muslim brigade inhale a collective breath in preparation for a barrage of free speech rhetoric, so I will just point at a poignant example in the recent Charlie Hebdo Killings. The newspaper itself restricted its speech on any anti-Semitic messages,[2] but the doors were flung fully open when demonising Muslim immigrants or attempting to insult the most beloved figure to any Muslim. Also, as we are on the topic of France, freedom of expression is a way of life in France, provided you do not choose to express your freedom by wearing a hijāb. [3]

However, my point here is actually far from demonstrating the disparity in the lack of freedom of expression. In fact, the point here is that this is all natural. The ever-rising tide of Islamophobic rhetoric is not, as most news outlets will lead you to believe, because of the rising tide of terrorism that takes place, supposedly in the name of Islām. The first point to make here is that of the number of people dying in the world today because of unnatural causes, Muslims are directly responsible for less than 1%.[4] The other point to make, is the increasing number of misguided Jihād campaigns are in fact a direct result of the so-called “war on terror”. Does this sound counter-intuitive? Was the war on terror not designed to curb the rising number of terrorist attacks taking place against the Western power houses? Or was this war on terror in fact an ideological centrepiece designed to initiate a war on ideology?[5] After all, as the Israelis can testify, massacring people to teach them a lesson generation after generation only leads to more people willing to carry on the fight. But staining an ideology means,supposedly, that there are far fewer people willing to embrace that ideology due to the associated stigma. Of course we, as Muslims, know that despite the increasing efforts to paint Islām as some form of backward religion, Allāh says in the Qur’ān:

“And they plot and they plan and Allah is the best of planners.”[6]

This is not the first time that Islām has been subjugated to a smear campaign. At the time of the Prophet (sall Allāhu ʿalayhi wa sallam), despite his presence and the Quraish’s knowledge of his good character, there was also a heavy campaign against the Prophet (sall Allāhu ʿalayhi wa sallam). A man came to Makkah by the name of Dumad Al-Azdi. He was a specialist in incantation and, after hearing the Quraish tell people to avoid Muḥammad sala Allahu ‘alayh wasalam he decided that he would go and practice his craft on him. After a brief conversation this man was lead to Islām.

These are all signs of one thing. The detractors and enemies of Islām only engage in such diabolical ideological warfare when they feel threatened. Islām is rising, there is no question about this. Despite the daily bombardment by anti-Islām detractors, Islām is gaining momentum. The misguided youth who are travelling to Syria and Iraq to join the ISIS movement are a clear example of this. These poor youth are powerfully misled into thinking that this is the way to promote Islām. Those that deceive them have their own reckoning with Allāh and those who encourage them are themselves foolish. These youth, are taking the greatest risk with their hereafter. They have let themselves believe, without taking the due diligence to gather a scholarly consensus, that joining a war effort is the path to success. But, despite their misdirected drive, the truth about these youth, is that they have an energy that they wish to support Islām with, but they need direction.

The fact that they have been misguided and misled is very unfortunate, but it remains that there is a growing energy amidst the Muslim community and a determination. In truth this lack of direction amongst energetic Muslim youth is actually a deep-rooted problem. Perhaps local Muslim scholars and local Masājid should spend more time engaging the local community and learning to relate to the environment they are living in (learning English might be a good start) and less time working as backbenchers to the government by promoting the misguided works of Eric Pickles and his efforts to divert attention away from the real causes of “terrorism”.[7]

If you were to ask any middle aged Egyptian about the state of Egypt during the reign of Gamal Abdel Nasser they will paint a vivid picture of a distinct lack of Islām. This is perhaps best demonstrated through an address by Abdel Nasser himself, where in his speech he pokes fun at a cleric who suggested that all women should wear hijāb[8], the speech is well-received and the crowd laugh along. Now, a few decades later, the proportion of women wearing a scarf on the streets of Egypt is higher than those not wearing a scarf. This is just one sign, a distinct sign, but there are others. Turkey’s Ata Turk was the architect of the secularisation of the state of Turkey. A few decades on, and Turkey has the only Muslim leader that Muslims across the world look to with any pride. We are by no means anywhere near the end of our journey, but in a world where all is presented as a depressing montage of doom and gloom for Muslims, it is worth recognising that the Anti-Islamic Movement is only in response to fear generated by a growing Islamic conscience.

The cycle of the rise and fall of Islamic nations is directly correlated with the rise and fall of Islamic consciousness. The sponsor of Islām is neither a great military leader like Salahuddin, nor the masses going out in protest against corrupt governments. The sponsor and benefactor is Allāh. Allāh will promote his religion regardless of whether you or I as individuals step up and be counted. If we are not prepared to put ourselves at risk, if we are not even prepared to make a slight shift away from our comfort zones then there will be others who will. We should feel secure knowing that the Religion of Allāh will be successful. Our worry should be that on the day when there is no shade but the shade of Allāh, and we stand before Him and are taken to account; we are asked, the Religion of Islām needed flag bearers and promoters. Where were you? What were you doing?

Imagine if you were not involved in the Islamic Movements’ success, imagine if you took a back seat and assumed an attitude of arm chair support. Your position on that day will not please you. Remember also the reward of the early Muslims compared to the Muslims after the conquest of Makkah. Remember also the reverence that the companions of the Prophet (sall Allāhu ʿalayhi wa sallam) held, particularly the participants of Badr and Uhud. The reward when the Islamic community is comparatively weak is far greater then when the community has gained momentum.

In short, the Islamic momentum is gaining speed, are you pushing or watching?