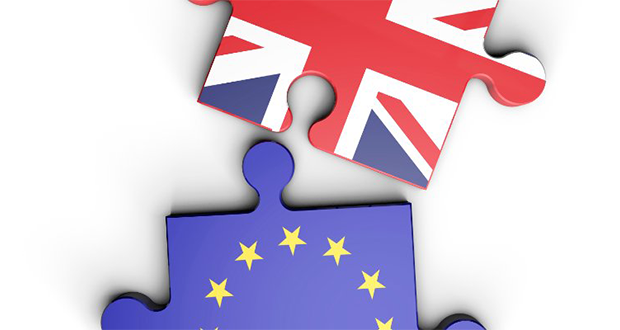 This article is part of our EU Referendum debate series, click here to read more.

Articles to Remain in the EU:

Why I am voting AGAINST BREXIT

Articles to Leave the EU:

Why I am voting for BREXIT

Muslims in Britain have simply felt battered over the past few years with each passing week intensifying the Islamophobia.  This concerted and calculated frenzy feeds into one right wing discourse or another  – whether it be Britain First, UKIP, Neocon think tanks, the Government, the Establishment (incorporating politicians across the spectrum), TV/Radio and Print Media or the paid lackeys such as the many ‘counter extremism’ think tanks/scams who work to give some credence to the daily hatred spewed at Muslims. This has all created an image of “the other”, the enemy within, where difference is no longer to be tolerated and integration – misused; as they actually mean assimilation – is the key to harmony.

This month we come to a referendum vote on whether Britain should stay in the EU or not.  Whilst the general discourse for most Brits is around the economy, and our country’s resources and immigration, many Muslims like myself are more concerned about our Government’s behaviour were they not obliged to be reined in every now and then by an outside judiciary and a human rights act. The constantly ramped up threat of terrorism has enabled the Government to implement shady secret courts,(1) where restrictions on information and even charges and evidence is withheld from both the defendant and their legal representation. The threat of secret courts and control orders which will shortly be applied to “non-violent extremists” put people like me firmly in the firing line solely for holding certain religious views and for campaigning on issues such as Palestine and its occupation.

Theresa May, our Home Secretary who failed to even define “Extremism”(2) in both an R4 interview and in a letter response to me, has only last month stated that Britain should leave the European convention on human rights(3) regardless of the referendum vote. She states  that,

“The ECHR can bind the hands of parliament, adds nothing to our prosperity, makes us less secure by preventing the deportation of dangerous foreign nationals – and does nothing to change the attitudes of governments like Russia’s when it comes to human rights”.

So, she wants to stay in the EU but does not want it to get in the way of draconian orders, which she can issue based on “intelligence”. The ECHR and the ECJ have in many cases stopped Theresa May from acting on her whims and a neocon agenda with no regard for justice.

My concern is that without any restraints on our Government, Britons (especially Muslim Britons) will suffer more injustice by not remaining in the EU. We will lose a very important recourse to justice – a last legal recourse to justice. Let us bear in mind that this Government has stripped 3rd generation Brits of their citizenship from as far back as 2013,(4) and they have done so without any public or media uproar as to what this actually means. Just think about it: their parent(s) were born in the UK and they (the kids) are also born in the UK but they have been stripped of their nationality. Where do they belong if not in Britain?  This power lies with Theresa May who, without recourse to courts and acting on advice from intelligence services or others, can simply revoke the citizenship of dual nationals with immediate effect where she believes it is ‘conducive to the public good’. This means she can make the decision based on what she believes an individual might do, rather than because of specific acts. If we exit the EU then the neocon Government will find it easier to shed the shackles of justice provided by the ECHR and ECJ, and Britain would continue to veer further and further away from justice and human rights, needing only to use security and the threat of terrorism as a reason. This government carelessly malign Muslims daily, as Cameron showed by calling Shaykh Suliman Gani an extremist and a supporter of IS. Only a concerted campaign resulted in his backtracking and saying he meant something else.

A victory for the LEAVE campaign will strengthen the political positions of the likes of Boris Johnson (our very own Donald Trump) who will, as a result stand a good chance of replacing David Cameron as Prime Minister/Leader. Then there’s Michael Gove whose agenda has been hell-bent on attacking Muslims even before he became a politician and wrote as a journalist.  He is the man who, as Education Secretary, started the attack our Madrassas and wanted to impose conditions such as having the police approve teacher appointments.

Leaving Europe will send a very clear message that Britain does not want foreigners and Britain will then embark on becoming more “British” again. This will mean further demands on Muslims to assimilate and shed their own values and beliefs.  The LEAVE campaign has used the threat of Turkey joining the EU to get people to vote LEAVE – the underlying issue really being that Turkey is seen as a Muslim country.

I make no apologies for a very narrow or, as I prefer to call it, a finely-focused view – Britain out of Europe sets it on a path which will harm us. The Informed Muslim vote must be to REMAIN, for our sakes and for the sake of our children.

(3)    Britain should leave the European convention on Human rights. http://www.theguardian.com/politics/2016/apr/25/uk-must-leave-european-convention-on-human-rights-theresa-may-eu-referendum

(4)    ‘Medieval Exile’: The 42 Britons stripped of their citizenship. https://www.thebureauinvestigates.com/2013/02/26/medieval-exile-the-21-britons-stripped-of-their-citizenship/