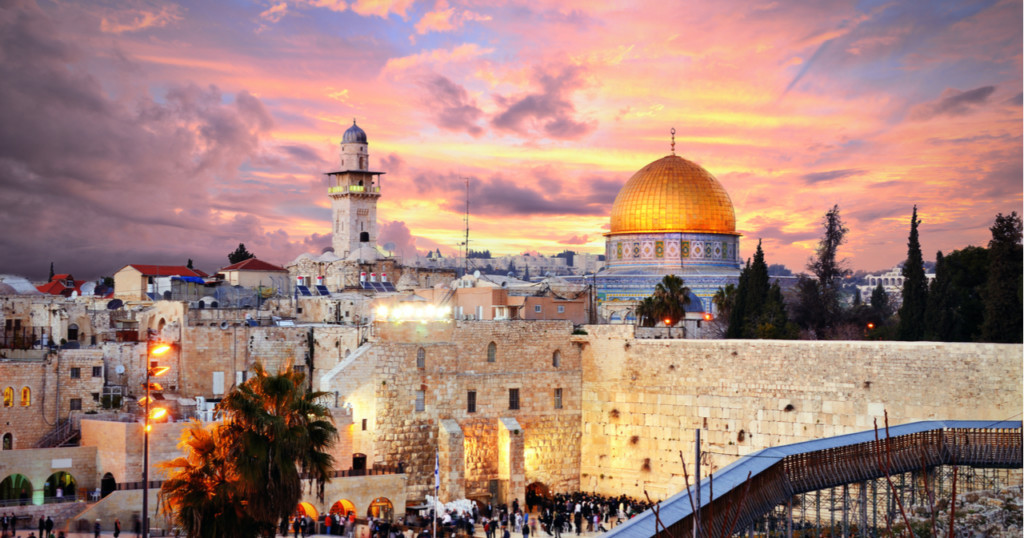 The reopening of the gate signals a victory for the Palestinian people and a defeat for the occupation in its attempt at ethnically cleansing the holy site.

Palestinians have rejoiced the reopening of the al-Rahma gate near the al-Aqsa compound by offering prayers at the site for the first in 16 years, a move that signals the victory of Palestinians over Zionist attempts at occupying the al-Haram al-Sharif.

On Thursday, residents of occupied Jerusalem were called upon to demonstrate against the occupation’s attempts to “Judaise” the al-Aqsa complex and on Friday, after the Fajr prayers, hundreds of Palestinians gathered at the gate to demonstrate where many were arrested by occupation forces. [1]

However, before the beginning of the Jumu’ah prayers, the religious Endowments Authority (Waqf), a Jordanian-run agency that has a mandate over the al-Aqsa compound, announced that the al-Rahma gate had been reopened and Palestinians performed the Friday prayers there after the years-long hiatus. [1]

The al-Rahma Gate is the biggest and most beautiful of the seven gates that surround the al-Aqsa complex and is in fact a small building that was built after the Umayyads used the gate as a main entrance leading to the al-Aqsa Mosque. In 2003 the Israeli occupation forces shut down the gate and closed off the building after it had falsely accused the Zakat Al-Quds Committee, which had its headquarters in the gate, of funding terrorism and had remained closed since then. [2]

After the seizing of control of East Jerusalem by the occupation forces in 1967, successive Israeli governments have worked to take full control of the al-Aqsa compound and the closure of the al-Rahma Gate in 2003 is one example of many such attempts. Israeli governments have instigated many provocative actions in their attempts to occupy al-Aqsa that not only go against international law but threaten the existence of the third holiest site in Islam. [2]

Also read: 50 Virtues of Masjid al-Aqsa Every Muslim Should Know

Importantly, however, Israeli governments since in 1967 have conducted damaging excavations under the al-Aqsa complex in its attempt to locate what they call ’Solomon’s Temple’ and such excavations have had a detrimental effect on the al-Aqsa Mosque where its foundations have been seriously damaged.

It is no secret that Israel plans to build to a Jewish temple on the grounds of the al-Aqsa Mosque as part of an apocalyptic Zionist ideology, as Zionist occupation ministers have routinely announced plans for construction and extremist settlers have repeatedly held posters that show impressions of the temple outside the al-Aqsa Mosque. It is important to understand that the occupation forces aim to control al-Aqsa, not to destroy it. These repeated attempts at inflaming the Palestinians, who have no army or nation to protect them, are aimed at waring them down and finally defeating them, knowing well that the Arab nations would not come to their defence.

Furthermore the Religious Endowments Authority, the Jordanian mandated authority tasked with taking care and protecting the al-Haram al-Sharif, has according to many in effect colluded with the occupation in its oppression of al-Aqsa by remaining silent and occasionally issuing statements of condemnation after the seeing the Palestinian people, whose resolve has yet to be broken by the Zionist behemoth, courageously fight off the occupation.

In yet another sign of the occupation’s brutal oppression and its vain attempts in taking control of the al-Aqsa compound, security forces on Sunday morning briefly arrested the deputy head of Waqf, Sheikh Abdel Azim Salhab, before releasing him and have banned him from visiting the al-Haram al-Sharif. The occupation forces accuse Sheikh Abdel Azim of attempting to change the status quo of the al-Aqsa compound.

Jordanian authorities protested the move, with Abdul Nasser Abu al-Basal, Jordan’s minister of Islamic affairs, saying the arrest was “dangerous and an unacceptable escalation” [3] and that it negatively affected Jordan’s mandate over the al-Aqsa complex.

“He’s the most senior Jordanian figure in the [Palestinian] territories. Twenty years ago [if] the police wanted to interrogate the mufti, they would call and invite him, but coming to a 75-year-old’s home like that at 5am is unacceptable,” [3] an official at the Waqf said.

Nonetheless, the Palestinian people have stood brave and courageous in the face of these provocations and threats and have strove hard to maintain the Islamic nature of the al-Haram al-Sharif. Civilian led organisations such as al-Murabitoun and the Islamic Movement have taken it upon themselves to defend the al-Aqsa compound and have faced off raids by security forces and extremist settlers without the help of their fellow Arab nations who have stood silent as the occupation forces continue repressing the Palestinians.

Also read: Al-Quds (Jerusalem) is an Islamic land and no one can change that reality by Sh Dr Haitham al-Haddad