Protect yourself from mutilation after death 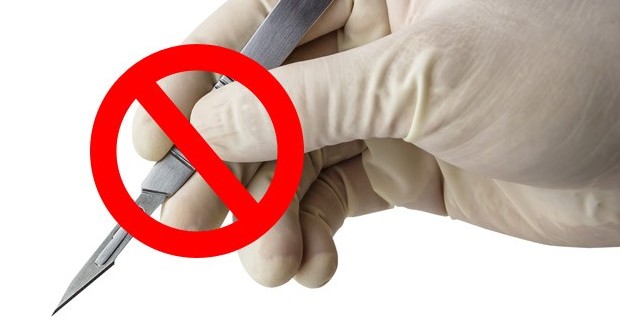 Know that the heart of the man who is engrossed in this world and is given over to its vanities and harbours love for its appetites must certainly be neglectful of the remembrance of death. Thus failing to recall it, when reminded of it he finds it odious and shies away. Such are the people of whom God has said: “Say: Lo! The death from which ye shrink will surely meet you, and afterward ye will be returned unto the Knower of the Invisible and Visible, and He will tell you what ye used to do.”[1]

The Messenger (sall Allāhu ʿalayhi wa sallam) said, “Frequently remember the destroyer of pleasures” meaning death.[2] For there is nothing quite so sobering in this world of heedlessness and wakeful dreams as remembering death, and no reminder of death so poignant as performing the janāzah rites on a Muslim, with its ghusl, funeral prayer, and burial. It is incumbent upon us to remember death. In an analogy of the closeness of our death a sheikh once said “Death has already set out to meet you. With every step you take you are closing that gap. And even were you to stop, Death will keep walking”.

The first time I experienced this I was nine years old at my cousins’ funerals. They were six and sixteen years old. I had never truly believed children could die, and children from my own family at that. May Allāh’s Mercy be upon their parents. I quickly learnt death is close, and that our deceased so entirely helpless. This is perhaps the best way of viewing our deceased, as children, dependent upon the living until they reach the grave. For, those who have already died have rights upon us which we must honour. Amongst those are:

– to hurry with the funeral

– do not cause physical harm to their bodies.[3]

The Prophet (sall Allāhu ʿalayhi wa sallam) is reported to have said “breaking the bone of a deceased is like breaking it while he is alive.”[4] The deceased person feels pain as acutely as if he were alive, so much so that when giving them ghusl we are to use lukewarm water to avoid burning them, just as if we were to bathe a child. If this is the case, imagine the torment of the one who is cremated. May Allāh protect us and guide the ignorant from the agony they inflict upon their deceased.

For all our efforts, there is a grave practice prevalent in society that leaves our deceased mutilated, cut up, dissected, and yet we rarely give it a second’s thought. This is the post-mortem autopsy. If we are to believe that in death we feel pain as if we were alive then what agony are we subjecting our family members to when they are sliced open, their insides poked and prodded, often lying in wait for days on end in a morgue while procedures are in motion and results are evaluated?

There is no denying that it is imperative that investigations be carried out in cases of people passing away under suspicious circumstances, and oftentimes post-mortems reveal foul-play bringing murderers to justice. However, there is an alternative, nay, a solution to this problem: The non-invasive, digital autopsy. In 2013 the UK’s first digital autopsy centre opened in Sheffield, ‘the first of a planned network of 18 in England and Wales’.[5] This non-invasive process of using either a CT (computerised tomography) or MRI (magnetic resonance imaging) scanner is intended to be less harrowing for relatives and speedier than a traditional post-mortem.

Tony Simpson, a UK director of iGene, which created the visualisation software, said: “They use virtually the same technique in autopsies now as they used 200 years ago and things have moved on  … When [Leonardo] Da Vinci risked his life performing dissections … he couldn’t imagine what his work would bring.”

Within three-and-a-half minutes of the corpse being placed on the CT scanner, a 3D representation of the body, made up of approximately 3,400 slices of 0.5mm each, is available to the pathologist on a computer screen and saved to a secure file.

Using a virtual scalpel the pathologist can rotate the image and peel away layers of the body, right down to the skeleton as well as look inside the organs.

Professor Peter Vanezis, a Home Office consultant forensic pathologist and chief medical officer for iGene, said: “Where there has to be an autopsy, it gets to places where pathologists can’t get to easily, or if they do, they have to mutilate the body quite badly.”

There have been countless cases of grieving families awaiting the release of their deceased relative. The Prophet (sall Allāhu ʿalayhi wa sallam) is reported to have said,

“Hasten the funeral. If it is for a good person, you are hurrying it to good. If it was not, it is evil that you are dropping from your necks.”[7]

With the MRI post-mortems this becomes a possibility. In a Public Bill Committee Debate in the House of Commons the issue of finance was raised. It was noted that:

The average cost of an MRI post-mortem is £885 and 50 to 60 are carried out each year. They are usually carried out overnight, when the MRI scanners are not required to scan living people, for obvious reasons. Costs are usually met by the family, but the Jewish Burial Board in Greater Manchester meets the cost of a scan for its members.

The Jewish community has been involved in helping families fund MRI post-mortems. They too stress non-violation of bodies and quick burials.[8] Where does our Muslim community figure into this? We have a desperate need to raise funds and support the opening of more digital autopsy centres. An issue was raised in the Parliamentary debate that coroners did not make people aware of the opportunity to use this form of post-mortem.[9] We must raise awareness so that our grieving Muslims know to request a non-invasive autopsy.

In this world there is much suffering. The least we can do is make the throes of death the last of the suffering our brothers and sisters feel in this world. This is not a separate concern, affecting people over there. We will all die. Our family members will all die. Our parents, our children.

My Aunt had a dream once of her mother who had died in a car accident. In despair she told her daughter, “They cut me. They cut me here and here.” She later discovered her mother had had a traditional, invasive post-mortem.

Think of your own parents. Your children. What are we waiting for? Do we await our own deaths before we wish something had been done to save us from torture? Let it be you and I who moved, today, so that our deceased were preserved and respected. So that they were protected, upon their return to Allāh.

“Surely, to Allāh do we belong and to Him we shall return.”