Why I won’t cry about hijab bans 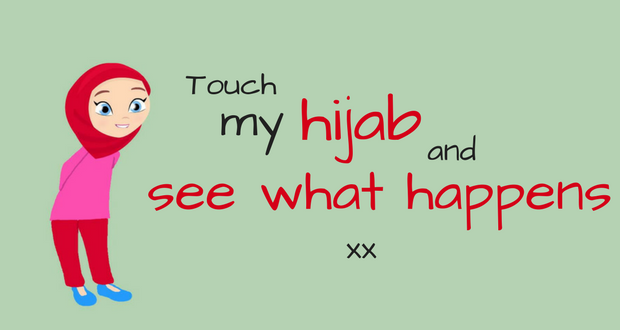 What we don’t want to see:

After yesterday’s ruling from the European Court of Justice, they may consider adding ‘hijabs’ into that last category.

The Muslim social mediasphere has been set ablaze after yesterday’s ruling from the European Court of Justice (ECJ),[2] stating that private companies “should be allowed to prohibit headscarves” for Muslim women, if it also “prohibits the visible wearing of any political, philosophical or religious sign.”[3]  Whilst many accounts have understandably been quite hyperbolic or sensationalised, the judgement has received criticism from many Muslim and non-Muslim organisations, and praise from populist politicians and commentators, as expected. The court ruled that banning hijabs may constitute indirect discrimination, which can be permitted if “objectively justified by a legitimate aim.” It is the example of such a “legitimate aim”, however, that I find most revealing: “neutrality”.

People have been quick to mention – in either praise or condemnation of the ruling – that any ban would have to theoretically affect non-Muslims, too. Sikh Turbans, Jewish Kippahs and Christian crucifixes are usually mentioned as theoretical targets consequent of such bans. Sikh advocacy groups have voiced concern, as well as Jewish ones, such as Rabbi Pinchas Goldschmidt, president of the Conference of European Rabbis, who said:

“With the rise of racially motivated incidents and today’s decision, Europe is sending a clear message; its faith communities are no longer welcome. Political leaders need to act to ensure that Europe does not isolate religious minorities and remains a diverse and open continent.”[4]

Highlighting the absurdity of the claim of “neutrality” in a ruling that further disempowers an already demonised minority, a press statement from the European Forum of Muslim Women stated:

“Muslim women are already one of the most targeted groups in Europe for the visible expression of their faith in public and in particular at work. Many struggle to access and remain in the employment sector, facing a triple penalty with gender, ethnicity and religion. In Belgium 44% of employers agree that wearing a headscarf can negatively influence the selection of candidates. In France, a 2014 CV testing shows that a Muslim woman wearing the headscarf applying for a job has a 1% return rate.”[5]

To be frank, I believe that reducing the hijab to, or presenting it primarily as, some kind of expression of one’s faith, might be an own goal in such a context. Instead, consider the following (fictitious) news headline.

The TTCJ ruled yesterday that employers may prohibit European Christian blouses and other torso coverings if part of a general rule promoting religious, political and philosophical neutrality. This move has been seen as a victory for TT values such as equality and secularism (and toplessness), preventing all religious and philosophical symbols equally, be they Christian blouses, Muslim headscarves, Sikh Turbans, Jewish Kippahs, and even Topless Tribe’s historical religious necklaces that nobody wears anymore.

If one forgives the crass analogy, I do believe it is more fitting a comparison than ostentatiously “religious signs” as described by the ECJ. Simply put, the hijab is the covering of the ‘awra – those private areas one believes should be covered in public. Naturally, different cultures and peoples will have slightly different ideas (and ideals) for what exactly should be covered for ‘appropriate’, ‘civilised’ and ‘modest’ appearance. Different peoples will have slightly different boundaries for ‘clothedness’ and ‘nakedness’. Each people has its ‘neutral’.

A word that has come up again and again throughout the media coverage has been “neutrality”. In accordance with secular doctrine, what we see when hijab is brought up perennially is that the standard, neutral or zero-point of the whole discussion is determined by specifically white, western European Christianity, against which everything is measured. Some prefer to call this standard ‘secular liberalism’ instead, but the name is not that important. What is important is to recognise that it is what some call a false universal; the tastes or culture of one people presented as the standard ‘neutral’ for all peoples. The white canvass, which is coloured by the colourful other.

Anything that goes against this great white universal, must be provincialised and qualified (“Islamic dress”, instead of “dress”; “Chinese food” instead of “food”), explained away as some kind of foreign, quirky, religious “sign”. It does not take a genius to put two and two together when looking at the rest of the “religious signs” often used as examples of that which secularism would ban if it had its way: purposeful head coverings for the non-white on the one hand, and crucifixes for the white on the other. In other words, for a white European to satisfy the “weird religious stuff that should be kept at home” test, they have to wear a crucifix; their sartorial norms are not considered “religious” because they are the standard benchmark. For a non-white European, however, merely clothing yourself is enough to pass the test with flying colours.

The language of ‘secular’, ‘fairness’ and ‘neutrality’ is just PR-speak for what is in effect white supremacy. As many would argue on a philosophical level, Secularism itself as an ideology can be accurately described as a current manifestation of Christianity in Europe, rather than some transcendent ‘neutral’ middle ground to burden everyone equally. In fact, these are not just criticisms from decolonial thinkers but for decades the growing, populist far right throughout the western world has been interchangeably using the vocabulary of the secular and the imagined “Judeo-Christian roots” of European values, from Geert Wilders in The Netherlands to Pauline Hanson in Australia.[6] Incidentally, I do wonder how the poor idiots, that have been calling for and celebrating hijab bans under the pretext of preserving Europe’s “Judeo-Christian Values”, would react to looking at one of the countless depictions of the Virgin Mary sporting a headscarf – as per traditional Jewish law and custom.

Although preserving people’s rights to express their sincerely held beliefs and identity is generally a virtue for society, I do believe that things like hijab – whilst they incidentally happen to be Islamic symbols today – should be able to tell its own story. Banning it in the work place should not be compared to banning crucifixes, rather it is more akin to dress codes mandating compulsory short skirts and high heels – which have been around for decades in our society.

Though it might seem like ages ago by now, the reason I mentioned Portico’s dress code in the introduction was to make this very connection. Nicola Thorp made the headlines last year after she bravely took a stand and a some noise about a problem that many women have been pressured into suffering in silence over for years.[7] She was sent home without pay from her receptionist job at City accountancy firm PwC for refusing to go out and buy some high heels when she audaciously turned up for work one day wearing flat smart shoes. Instead of capitulating to the usual pressures to conform to private companies’ unjust internal rules, she started a petition, which quickly reached six figures warranting parliamentary attention.[8]

This led to two parliamentary enquiries which unearthed the shameful epidemic that was beneath the tip of the iceberg. A public consultation led to over 700 responses,[9] with scores of women complaining about how they are pressured into wearing revealing clothing at work under threat of being fired if they “don’t show enough skin.” This, rather than a religious symbol on a necklace, is far more accurate a depiction of hijab bans from a Muslim perspective. A woman who wears hijab believes that her hair is part of her ‘awra – that which they feel uncomfortable to display towards people outside of their close circles.

The enquiries provoked by Nicola Thorp led to calls from MPs saying the “law should be tougher over dress code discrimination” stating the “Equalities Act 2010 is inadequate”.[10] This is because she did not sit in silence or complain about her situation without action. Instead, she channelled her outrage in a productive way. But there was one key ingredient that allowed for this to happen that we need to dwell on.

Muslims today should not feel like guests in a strange continent. We should not struggle for ‘tolerance’ and ‘acceptance’ from ‘European-ness’, but rather we should be at the table when discussing, debating and deciding what ‘European-ness’ means. Of course, we are a minority in what claims to be a secular landscape, but this should not mean we are denied a seat at the table proportionate to our number. Secularism must put its money where its mouth is and allow all groups under its benevolent “protection” to decide what the “neutral” is (or are), rather than imposing quintessentially white-Christian idiosyncrasies and standards upon everyone in disguise.

Although these remarks are primarily in reaction to this recent event, we must be reminded to pursue a proactive common, Europe-wide strategy similar to those previously mentioned.[11] This includes setting up and supporting organisations that fight for our rights and advocate on our behalf, channelling bright minds towards studying and practising Law and strengthening institutions that preserve our iman and identity. We must infuse our young with a confidence in their own skin (literally and figuratively), especially those that have absorbed stereotypes and narratives about their own identities from their enemies like a sponge since the War o[f] Terror. This includes strengthening grass-roots, community-supported alternative media platforms too. [donate here]

Also we must remember the golden rule of today’s world: money talks. The explosion beyond belief of private corporate power to do as it pleases is neoliberalism’s gift to the world, and for the meantime we have to play the game to some extent or another. If there are companies that will ban hijab or enforce short skirts, then what is our collective consumer and worker power to punish them? Where the law of the jungle prevails – the invisible forces of the “free” market – we have no choice but to move up the food chain. As the MCB published recently for Britain alone,[12] the Muslim Pound is stronger than ever before, and growing. British Muslim spending power is £20.5billion. One third of Small to Medium Enterprises in London are Muslim-owned. In London alone Muslims own 13,400 businesses creating 70,000 jobs. We have a lot of potential power.

Hijab bans come and go and our outrage ebbs and flows through a tap controlled by others. We need to channel this energy towards a broader, longer term strategy to cooperate upon to some degree or another. Whatever your sect or school of thought, it would be suicide to refuse to cooperate with others upon righteous, common goals. We should empower and support organisations that work to protect everyone’s basic level of iman, practice of Islam and identity. We should use our power towards investing in legal, civic and intellectual infrastructure. We should plan for our alternative, ethical, halal businesses to likewise shine as an example to others to follow just as Muslims have done historically in almost every field of genuine human progress. Once we have done that, I will happily cry about hijab bans.