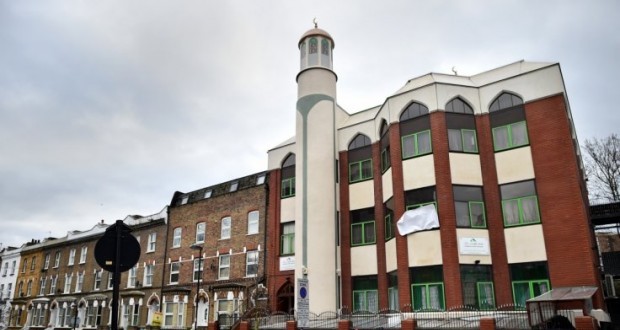 A north London mosque has won an apology and damages from Thomson Reutersafter it was erroneously included on a global database linking it to terrorism activities.

Finsbury Park mosque said Thomson Reuters had agreed to pay £10,000 in damages plus legal costs as well as making a statement of regret.

World-Check, a subsidiary of Thomson Reuters, compiled the database for leading banks, financial institutions and other financial services organisations.

Following the subscription-only risk assessment, the mosque’s bank, HSBC, closed its account, and other banks refused to take the mosque’s custom.

Sara Mansoori, representing the company that now runs the mosque, said in a statement in open court that the mosque was the subject of profile reports that placed it in the “terrorism” category. “This was wrong,” she told the deputy high court judge Richard Parkes QC.

“The profile referred to press reports and allegations from many years ago, long before the mosque was reorganised and the claimant company was established.”

Following publication of the profile, the mosque’s bank “terminated its banking relationship and closed its account”.

The Reuters agency had admitted its report “made the false allegation that there were grounds to suspect that the claimant had continued connections to terrorism”, Mansoori said.

She added that Thomson Reuters had stated it did not intend to suggest “that the claimant had any current or suspected connections to terrorism, and any such suggestions have now been withdrawn by the defendant which has made clear its regret”.

It had removed the defamatory allegations and agreed to pay damages and the mosque company’s legal costs to settle the legal action, Mansoori said.

Oliver Murphy, appearing for Thomson Reuters, confirmed Mansoori’s statement to the court, adding: “The defendant is here today through me to express its regret for publishing the allegations.”

Finsbury Park mosque was associated with the radical cleric Abu Hamza until 2005, when it was taken over by new management. Now led by Mohamed Kozbar, it is seen as a model of community relations.

Kozbar told a press conference: “We are very relieved that this case has been concluded and that we have been vindicated. We were completely baffled when our HSBC bank account was abruptly closed, without any reason given and furthermore no other high street bank would allow us to open an account.”

Kozbar said the mosque had changed from “a hostile atmosphere to a cohesive atmosphere. We have put the history behind us and moved forward. We have opened our doors to everyone, Muslim and non-Muslim, and we have fantastic relations with our neighbours.”

He described the mosque as a community centre involved in social action programmes with other organisations and faith groups. It had zero tolerance of terrorism, he added. “This case has been very important to clear our name,” he said.

Farooq Bajwa, the mosque’s solicitor, said: “We believe there are many other such instances in which individuals and entities have been denied banking services, had their bank accounts closed or encountered various other difficulties which we believe is due to their appearance on the subscription-only World-Check database, which they would not personally have access to. We have been contacted by a number of potential claimants.”

Risk databases are used not just by banks and financial institutions, but also by government agencies such as immigration services, he added.

According to Kozbar, Donald Trump’s ban on Syrian refugees and people from seven Muslim majority countries from entering the US in recent days was helping to fuel Islamophobia, racism and discrimination. “Far-right extremism is on the rise. There is a platform for these people,” he said.

A report published on Wednesday by the anti-racist organisation Hope Not Hate warned that anti-Muslim prejudice had “gone mainstream” in Europe and north America.

“Counter-jihadists” believe western civilisation is under attack from Islam, and that secular, liberal society is aiding Islam through mass immigration into Europe and policies of multiculturalism, the report added.