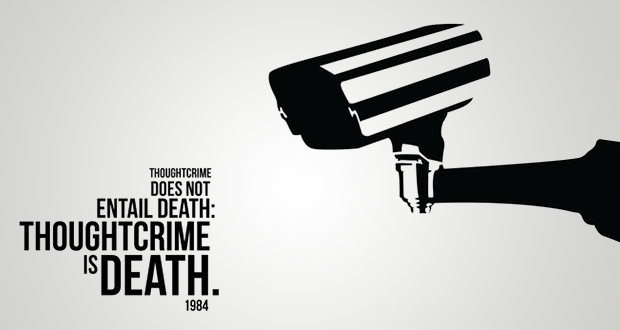 Mosques in Luton have come together to show a remarkable display of unity against the toxic Prevent strategy. The organisations from a diversity of backgrounds, supported by several non-Muslim organisations, have signed a letter to the Chief Executive of Luton Borough Council expressing cogently their position on the Prevent strategy, that it “is counter-productive and cannot work in any shape or form.” This is another milestone in the development and cooperation of the mainstream British Muslim community, who are chartering a course of balance between the various ideologies that seek to undermine the place of Islam and Muslims in the 21st century British landscape.

Our Position on Prevent

Thank you for replying to the collaborative review of the Community Prevent Seminar. Following much discussion and dialogue on this issue, we have summarised our position on this matter.

As you are aware, we have spent many months in discussions with council representatives to achieve some transparency over the implementation of Prevent initiatives and training in Luton; as well as some understanding of procedures and oversight in referring individuals under the Prevent duty.

We do not feel that we have been able to achieve this aim. Furthermore, we feel there is a genuine misunderstanding about the Islamic faith, which we would like to clarify.

Islam is the belief in one God. Muslims take guidance from the Qur’an, which we believe is the word of God, transmitted through the final prophet and messenger, Muhammad. Followers of Islam are known as the middle nation due to their adherence to God’s path of balance and justice. Extremism, by its very nature, violates these basic principles of Islam. The government definitions of extremism and radicalisation, which have developed based on political and social pressures, do not seem to recognise this position.

Imams and faith leaders in Luton follow and promote the message of Islam based on the teachings of the Qur’an and the example of the Prophet Muhammad. When individuals deviate from this message, this is a reflection of themselves, not of Islam. We cannot be held responsible for their actions, just as no other faith or community would be held accountable for the acts of a criminal who claims to follow their beliefs. As directed by our faith, we seek to promote good and forbid evil.

In relation to Prevent, we feel that it is ineffective and unjust because it:

1. Uses vague and constantly changing definitions of extremism developed without consultation with the diverse British community or respected faith leaders. The government has recently placed additional emphasis on combating “non-violent extremism”, which it again defines quite ambiguously as an “opposition to fundamental British values”. We are concerned about any legislation that seeks to limit basic civil liberties or ban and outlaw thoughts or ideas. As stated by the Police lead for the Prevent programme, Simon Cole, “…unless you can define what extremism is very clearly then it’s going to be really challenging to enforce”.

2. Breeds mistrust and suspicion about all Muslims in the wider community, causing fear and leading to discrimination, abuse and violence. We know from speaking to our community that there has been a huge increase in Islamophobic incidents. Muslim women, in particular, say that they feel increasingly vulnerable. Many feel that the Prevent duty legitimises anti-Muslim sentiment by framing Muslims as a “suspect community” and this is further compounded by an ongoing narrative claiming, falsely, that the Muslim community is complicit in promoting extremism.

3. Scapegoats Muslims and Islam without fairly acknowledging political context as a significant factor in causing the type of disenfranchisement that can lead to radicalisation. Contrary to this, the former head of MI5, Eliza Manningham-Buller, in her evidence to the Chilcot Enquiry, stated that the Iraq war undoubtedly increased the threat of terrorism in the UK.

4. Causes significant fear and anxiety amongst the Muslim community. In August 2016, a report by the all-party Women and Inequalities committee recorded that “In the course of this inquiry we came across individual Muslims who were reluctant to engage with us for fear that our inquiry was part of the Prevent programme … During our visit to Luton, Muslim participants told us government interventions made them wary and that they felt they were being treated as a suspect community. The Prevent strategy was cited as a significant source of tension.”

5. Conflates issues of integration and cohesion with counter-terrorism. It is deeply problematic when initiatives that can improve social and economic mobility, such as ESOL classes are framed as counter-extremism policies. In the local context, we are similarly concerned at the significant overlap between community outreach and cohesion as well as the prevention of terrorism, with the same officers working in both areas. There needs to be a decoupling of community cohesion and counter-extremism.

6. Relies on an empirically flawed policy. Leading academics and practitioners have criticised the policy and requested a complete rethink, which we would endorse. We draw your attention to the open letter signed by over 140 of the UK’s leading academics which raises concerns around the flawed nature of the science that underpins the Prevent programme.

7. Blurs the lines between ‘counter-terrorism’ and wider social issues including safeguarding, education and healthcare. The introduction of the Prevent Duty compromises the role of front-line professionals who are mandated to view citizens with increasing suspicion or face the threat of punishment in the form of fines, employment exclusion or even imprisonment.

8. Targets children in nurseries, schools and colleges. Many young people say they are made to feel alien due to their faith, leading to them hiding or feeling embarrassed about being Muslim. We have received a number of first-hand accounts from parents who are so anxious about being targeted that they are self-censoring their children for fear that any reference to the practise of their faith could be highlighted as ‘suspicious behaviour’. This is recognised by the National Union of Teachers who backed a motion to reject the Prevent strategy at their March 2016 conference. We are concerned that their call to the Government to “involve the profession in developing alternative strategies to safeguard children” has been ignored.

9. Fails to consider the social, cultural and religious context of local communities evidenced through numerous cases of misunderstanding of basic differences between “extremism” and acts of religiosity. Having seen the materials delivered by Luton support leads at schools, we do not believe they are suitable for delivery at school assemblies.

Despite the increasing levels of resources being assigned to Prevent, it is clearly not working. In his recent report, David Anderson, the Independent Reviewer of Terrorism Legislation noted that terrorism related offences were up by 35%. Although you have chosen not to provide us with statistics around the volume of referrals and racial/religious breakdown of those being referred, it is clear from statistics obtained via an FOI from the National Police Chief Council (NPCC) that the programme disproportionately targets Muslims. We believe that this is a clear indicator that the Prevent strategy has the cumulative effect of both direct and indirect discrimination of communities. Indeed, in their recent report, the Open Justice Society Justice Initiative concluded that the UK’s Prevent policy ‘creates a serious risk of human rights violations’. Furthermore, NPCC figures show that only around 20% of those referred under the Prevent Strategy were deemed to require support through the Channel process. We have witnessed first-hand, the severe emotional distress felt by members of our community who have been affected by the implementation of the Prevent duty and we will continue to seek ways to support them.

David Anderson raised concerns in his submission to the Home Affairs Select Committee enquiry that elements of Prevent were “ineffective or being applied in an insensitive or discriminatory manner”. This damages communities and exacerbates feelings of alienation. We further endorse his suggestion that the Prevent strategy as a whole should be the subject of review by an independent panel. We are aware that Prevent is being rebranded and developed, however, unless it addresses the issues mentioned above, it will have little, if any, impact.

In order to build trust and cooperation with communities, there is a need to ensure an open and transparent relationship with all community leaders. Contrary to this, we have witnessed selective invitation to meetings and unwillingness to accept responsibility by officers when members of the community raise concerns.

To conclude, we are united with you in our earnest desire to live in a peaceful, harmonious society where all members of the community feel safe. We have consistently and unequivocally spoken out against terrorism and violent extremism. However, for the reasons stated above, we believe that the Prevent strategy is counter-productive and cannot work in any shape or form. We cannot lend our support to policies which have damaged our communities. As such we urge our local authority, elected representatives and members of the community to join us in our call for an urgent independent review of the Prevent strategy in its entirety.