US Mosque goes up in flames after Trump’s ban 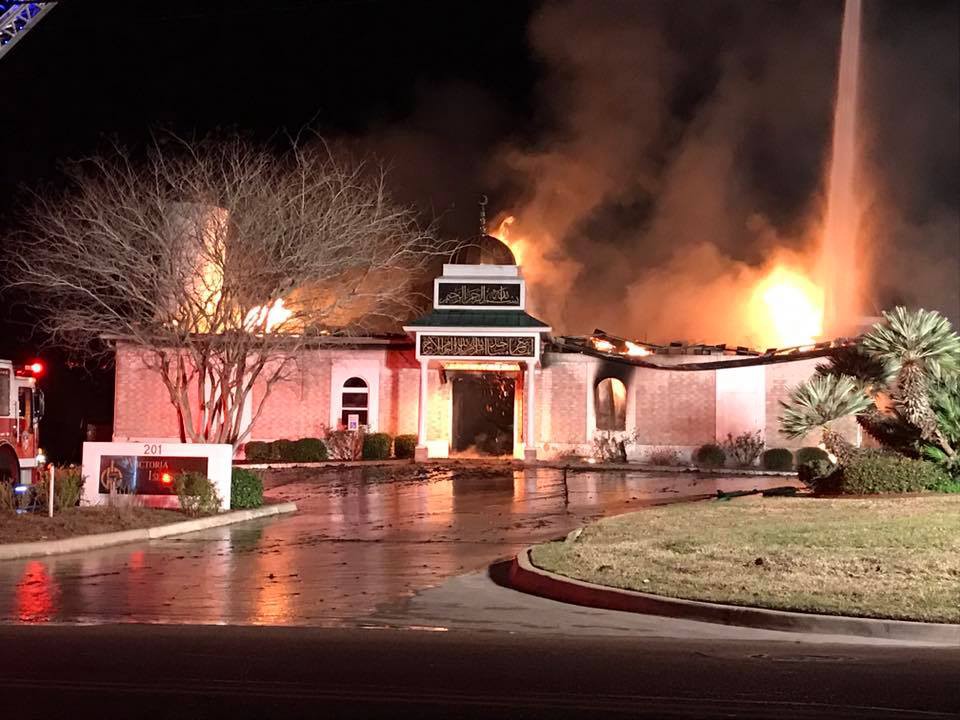 A Texas mosque was set on fire just hours after Trump signed an executive order restricting migration from Muslim-majority countries.

The Islamic Center of Victoria was set on fire around 2 a.m. on Saturday, according to local reports.

Victoria Fire Marshal Tom Legler told the Victoria Advocate he had no theories about the cause of the fire, but he is seeking assistance from state and federal fire investigators.

“It’s a house of worship,” Shahid Hashmi, the president of the center, told the Victoria Advocate, as he watched the center burning. Hashmi also said he will not speculate about the cause of the fire, but mentioned the center was burglarized last week.

Hashmi said the center is home to over 100 congregation members. No one was injured in the fire.

On Sunday, the center plans to hold a public prayer service in the lawn to “pray for peace & safety for all.” The center said it will be rebuilt with love, and it has already started a GoFundMe fundraiser for financial support to do so.

Just hours before the fire, on Friday afternoon, Trump signed the “Protection Of The Nation From Foreign Terrorist Entry Into The United States” order. Under the order, nationals of Iran, Iraq, Libya, Somalia, Sudan, Syria, and Yemen are prohibited from entering the United States for at least the next 90 days. All refugee admission has been suspended for at least 120 days, and the admission of Syrian refugees has permanently suspended until further notice.

The order contains an exception for religious minorities who face “religious-based persecution, provided that the religion of the individual is a minority religion in the individual’s country of nationality.” In other words, there is a caveat for non-Muslims in Muslim-majority countries, making this a very specific Muslim ban.

Since the election in November, there has been an increase in hate crimes across the country. In the one month following the election, the Southern Poverty Law Center found over 1,000 reports of hate incidents. ThinkProgress is keeping a stricter record of targeted incidents, and we have still found almost 250 incidents of hate. A significant number of these are anti-Islam in nature.

The fire in Victoria comes just three weeks after an Islamic Center under construction in Austin was set on fire and destroyed.