“We have the wrong man” – Berlin attack perpetrator still at large 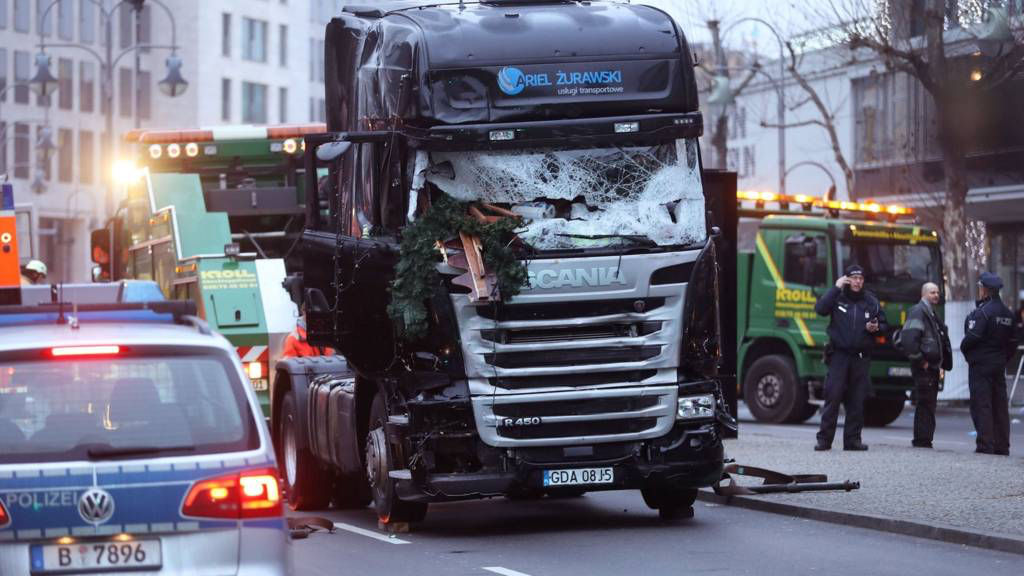 Whilst many commentators and ideologues have already done damage in fuelling hysteria against asylum seekers following the Berlin attack last night, it has transpired that the Pakistani man initially arrested for the crime is likely not to have been the perpetrator. As media outlets are now reporting—with far, far less passion than the original, false accusation—German police have said they “have the wrong man” and the hunt for the perpetrator continues. Some are no doubt still hoping that the criminal at large is a brown-skinned man so they can continue taking advantage of this particular tragedy to score political and ideological points. And so they don’t look completely stupid.

German police have said they may have arrested the wrong man over the Berlin terror attack, and the real culprit could still be at large and armed and dangerous.

“We must get used to the idea that he was possibly not the perpetrator or that he didn’t belong to the group of perpetrators,” Germany’s chief prosecutor Peter Frank told a press conference.

Police urged people to remain “particularly vigilant” and to report “suspicious movement” to a special hotline.

“We have the wrong man,” an unnamed police source told Welt newspaper. “This means the situation is different. The real culprit is still armed and can commit further atrocities.”

The man arrested on Monday night under suspicion of ploughing a 7-tonne truck through a Christmas market in the heart of Berlin, killing 12, was named in German media reports as Naved Baluch, a 23-year-old asylum seeker of Pakistani origin.

Baluch has denied involvement in the attack, according to police.

He was picked up about 2 kilometres (1½ miles) away from the scene of the attack, near the Victory Column monument. 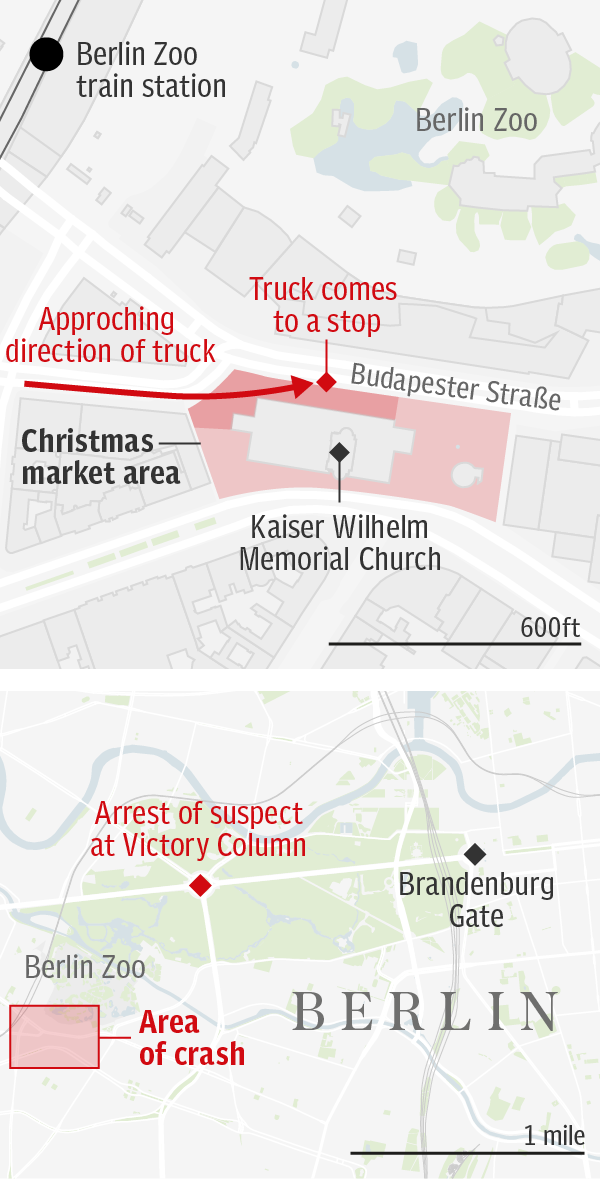 The Welt daily reported that police raided a large shelter for asylum-seekers at Berlin’s defunct Tempelhof airport overnight. Four men are understood to have been questioned, but not arrested.

At least 48 were injured, some seriously, in the attack, after the vehicle mounted the pavement at about 40mph and crashed into them.

A passenger in the lorry – believed to be the original driver – was later found dead inside. German authorities confirmed that the passenger was a Polish national and that he was not the person in control of the vehicle, which belonged to a Polish delivery company, at the time of the crash.